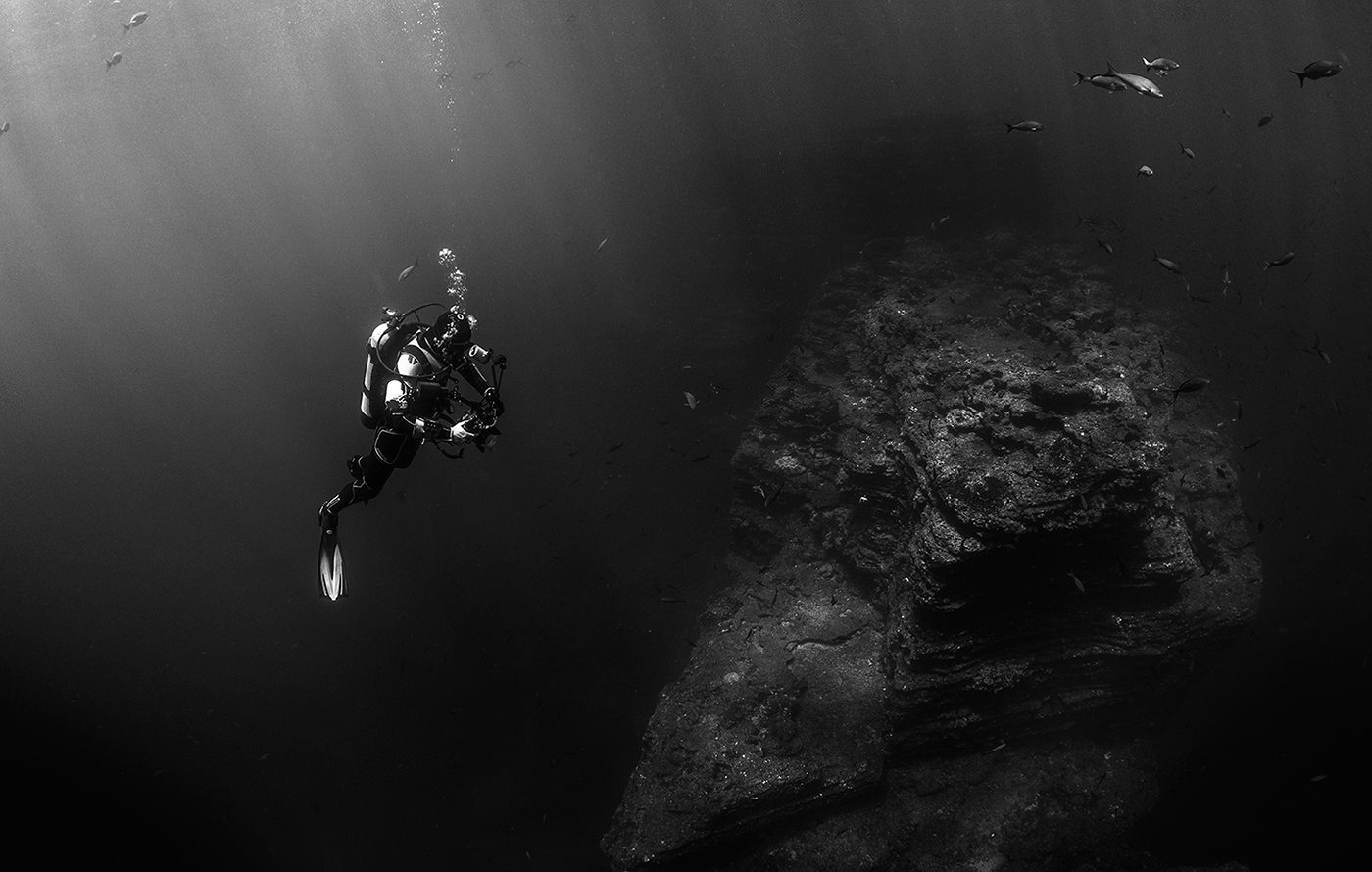 Whoever knows what that word means, raise your hand….

Is your hand up?

Awesome. That means you at least THINK you know something about what networking is or have heard the term before. If this is the case, I encourage you to continue reading as I can guarantee you this post will be Entertaining at a minimum and Highly Informative at a maximum.

Is your hand down?

I’m sorry. That means your friends, family, professors, mentors, advisors, etc have failed you. They have failed in educating you on the vital role networking will play in your life and career trajectory and thus they don’t really care about your future success [insert sarcastic tone]. But no worries…I encourage you to bookmark this post as it will give you a solid foundation and understanding of [inlinetweet prefix=”” tweeter=”” suffix=””]effective networking and how it can act as a springboard to jump off of in your future ventures.[/inlinetweet]

I can remember in my high school days and younger years in college the word “networking” was constantly being shoved down my throat. I specifically remember Googling “networking” to only become more confused as I read about telecommunication systems, computers exchanging data, etc. It wasn’t until around my Junior year in college that I experienced the power of networking and realized the value forming professional relationships has in my own life and career.

If you are looking for quick-hitter tips on proper networking techniques and styles you won’t find that here. A quick Google should do the trick for that purpose.

Rather, below I have outlined 3 concrete tips that I have found helpful in my own endeavors and wish only to share them with you in hopes they will help you become a more effective networker so that you will begin to stand out in the crowd rather than blend in.

A quick story to set the mood…

I once had a professor who taught a Finance course…let’s call him Professor Plum. At the beginning of every class period Prof. Plum would take out 2 books from his satchel that he recommended we read and talk about what lessons he took away from each book. He then would proceed to tell us a story from his past career as an investment banker on Wall Street. Below is one of my favorites…

As an analyst on Wall Street and fresh out of B-School Prof. Plum was constantly looking over lengthy business models and being flown all over the country doing the grunt work of the Senior VP’s at his firm. Due to the amount of time he spent in the air he took a particular liking to reading books to pass the time.

On one trip to L.A. Prof. Plum realized the Author of one of the books he was reading actually lived and had a family in L.A. He quickly picked up the phone and called the Author’s secretary to see if he could meet with him for before he caught his flight back to New York on Friday afternoon. Luckily he was able to meet with the Author for 15 minutes over coffee. Upon returning to New York Prof. Plum wanted to send the author a gift to thank him for his time….but not just any gift, something he would enjoy and remember. After picking up the phone and speaking with his Secretary again, he was told the Author had a particular liking for seafood.

To express his thanks, Prof. Plum bought 3 cans of Clam Chowder from his favorite (and coincidentally the most expensive) seafood restaurant on the East Coast totaling around $90 and sent them to the Author’s office.

Did he have to send the Author Clam Chowder? No. But that simple act sparked a relationship that lasted for years to come. That one act allowed the Author to remember him as the “Clam Chowder Guy” for a brief time instead of just a name he would later forget. After Prof. Plum left Wall Street and became a college professor, that same Author who he spoke with for 15 minutes at a coffee bar in L.A. willingly spoke to Prof. Plum’s classes at no cost every year (the Author’s typical rate was between 25k – 40k).

That professor was one of the most effective networkers I had ever met. It doesn’t get any better than that.

The Key: [inlinetweet prefix=”” tweeter=”” suffix=””]Do nice things for others expecting nothing in return. [/inlinetweet]

If you do that….good things will happen.

OK, so what can we extract from this story as it applies to becoming an effective networker?

No I am not suggesting that you go out and by a Mr. Coffee 12-cup Coffeemaker (although they are pretty slick). I am talking about getting out of your comfort zone and actually meeting with people, talking about what you are working on and asking them the same! What makes us so unique as humans is our ability to engage in deep rooted relationship.

[inlinetweet prefix=”” tweeter=”” suffix=””]Be comfortable with being uncomfortable.[/inlinetweet] Take your eyes off your smartphone and look around. Every time you step out of your apartment is a networking opportunity to meet, discuss and collaborate with those around you.

I am a startup guy first. I love innovation, creation and all things tech however I also am very passionate about relationships. Why? Because there is no way I would be where I am today (a soon-to-be graduated engineer from a Big Ten school who rejected the security of an engineer’s salary to work on a startup and create something from the ground up) if I had not started asking questions, meeting with people smarter and more experienced than myself and admitting to myself that I do not have all the answers.

Unfortunately I was working in South Bend, IN once I realized this and most of the meetings I scheduled were in Cincinnati, OH. So every weekend for an entire summer I drove 4 hours down to Cincinnati for only a few meetings with local entrepreneurs. Then I would drive 4 hours back on Sunday night. Did I want to drive 4 hours after work on a hot Friday afternoon? Hell no. But I did. And that has made all the difference.

Get out there. Meet people. Drink coffee. Collect business cards. Create a network surrounding yourself so when you don’t know the answer, you know exactly who to go to to find it.

One of the most valuable pieces of advice I have ever received regarding networking is to be intentional. You should have an agenda seared into your brain of what you want to accomplish before every coffee date you take. In this way you can direct the conversation as you go to make sure you are discussing what you had originally intended. In the story above, my professor was only given 15 minutes to speak with the Author…he had to make the most of every minute to make an impression.

If you fail to do this you will end up sitting in Starbucks listening to the person across the table ramble on about Uncle Mike’s record walleye fish he pulled out of Lake Erie two summers ago. Trust me. I’ve been there.

Always have an agenda. Except with family.

But don’t take my word for it…I recently was able to connect with the Lead Software Engineer at UBER (if you have not heard of UBER then I don’t know what to tell you). He was actually the third guy on the team and did not even study Computer Science during his time in college. Below is what he said regarding meeting with people and his willingness to do so:

“I get multiple general requests like this per week for coffees, phone calls, whatever, so the way I usually deal with them is to politely decline requests to just talk or meet, but offer that I’d be glad to answer specific questions or help with a specific request or favor. Usually people don’t take me up on that (which would actually be more valuable for them) because they haven’t thought through what they are trying to achieve and how they can leverage my willingness to be helpful. Just a tactic I’ve developed to be protective of my time and while still giving back to those in the same position of inexperience I was in when I was younger and full of ambition.”

So you’re telling me that the Lead Software Engineer at UBER actually prefers the people he meets with to be intentional?!

Hmmm…and notice not only does he prefer intentional networking and meetings, but he also describes his “willingness to be helpful”. Pretty cool.

So before I spoke with him at all I first wrote out the 3 specific points I wanted to discuss and listed them at the beginning of our talk so we each knew exactly what we would be covering.

Be intentional. Be effective. And always know what you want to achieve.

Who remembers the connect the dots game when you were in kindergarten? As a point of reference that was around the time when you were still trying to cut in a straight line (or maybe that was Pre-K…can’t remember).

There would be a page filled with little black dots with small numbers beside each dot. You would then connect the dots starting from dot #1 and counting upwards making sure not to skip a number. If you successfully connected all the dots in the correct order you would create a cool picture! So much fun!

The reason I bring up that game is because I think it serves as a valuable metaphor. If you are looking for a TCF (technical co-founder) to help you build and code an app what are the chances you will meet your guy on your first sit down? Second sit down? Third?

The chances are slim to none. Honestly. Be resilient. Be persistent. If you know ahead of time that it will take time before you find the person that has the information you’re looking for then you are already one step ahead of the game.

This way…you are now prepared to meet someone for coffee then shoot them a polite follow up email saying: “I really appreciate you taking the time to speak with me about _____. If you have a few people in mind who you think I would benefit in talking to I would really appreciate it if you could connect me with them.”

[inlinetweet prefix=”” tweeter=”” suffix=””]Connect the dots. Build a network surrounding yourself.[/inlinetweet] The quicker you are able to do this the better off you will be. Below is a picture of my apartment wall once I finally realized the importance of connecting the dots and decided to start leveraging my connections. 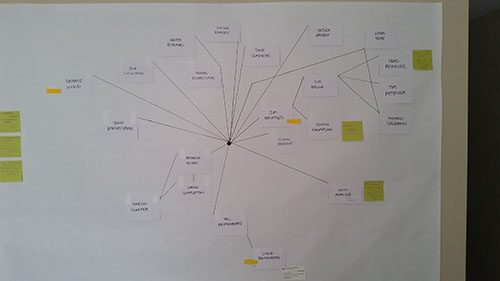 Success, as Told by Successful Entrepreneurs

Should I Make an MVP First?