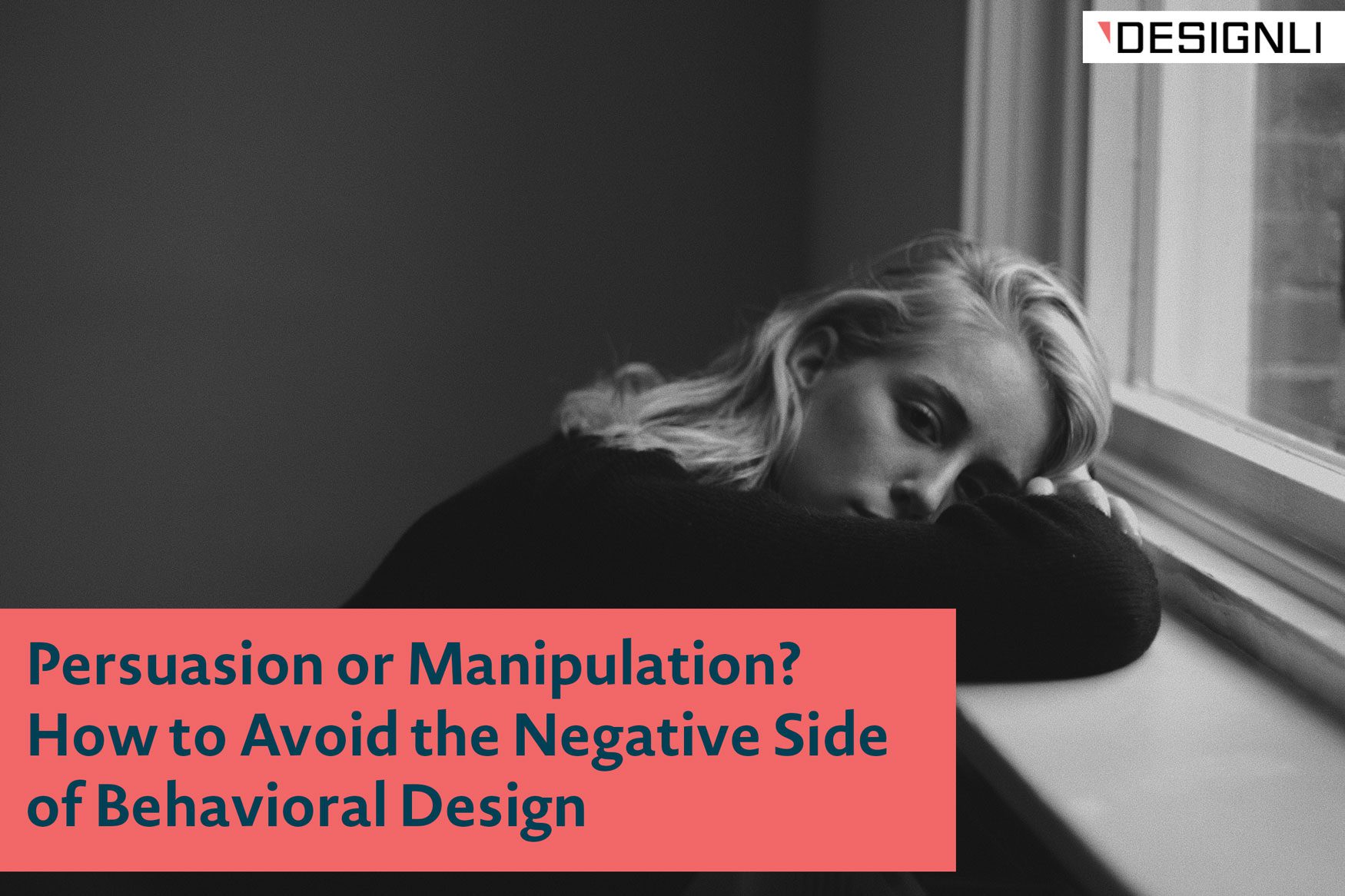 There’s no doubt that software and app developers are using behavioral design to intentionally affect users’ behavior. Sean Parker, founding president of Facebook, has shared that the company has been engaged in “exploiting a vulnerability in human psychology” since the beginning. They want to increase downloads and engagement, so people will begin using and continue to use their products.

And they’re wildly successful. So successful that YouGov, a UK-based research organization, proposed a new term to describe the anxieties suffered by mobile phone users: nomophobia (short for “no-mobile-phone phobia”). A study published by MIT’s Sloan Management Review late last year revealed the result when graduate students were made to give up their smartphones for a day. Most of the students, although they could plan what day they’d give up their phones, felt anxious without their phones. Another study, which examined the reactions of people when required to give up their phones, found that participants performed worse on mental tasks when they were in “withdrawal,” and felt physiological symptoms, like increased heart rate and blood pressure.

You Can Use Behavioral Design for Good or Evil

Behavioral design is an amoral tool. By nature, it’s neither good nor evil. But you can use it to accomplish a positive or negative impact on people’s lives. As Nir Eyal, who has written extensively on this subject, explains,

“The trouble is the same techniques that cross the line in certain cases lead to desirable results in others. For example, Snapchat’s use of streaks — which tally the number of consecutive days friends have shared photos — has been criticized for conditioning teens to compulsively keep coming back to the app. But the same persuasion technique is used by the language app Duolingo to help people learning a new language stick with the program.”

The more we understand how to influence human behavior, the more power we hold. And with that power comes responsibility. Developers have a duty to use their skills to help and not to manipulate.

What’s the Difference Between Persuading and Manipulating?

But it’s often difficult to draw the line between what’s ok and what’s not ok. Not every app or piece of software is (or should be) designed to help users reach the top of Maslow’s hierarchy of needs. Some apps are just fun to use. So what’s the difference between persuasion and manipulation?

Persuasion is convincing someone that what you’re proposing is beneficial: “Hey! You’re trying to learn to meditate! This app will help you do that.” And the result, 6 months later, is an individual who meditates 10 minutes a day, almost-daily.

Manipulation is a bait-and-switch that results in people doing something they’re not comfortable with: “Hey! You want to stay in touch with friends and family! This app will help you do that.” But the result, 6 months later, is someone who compulsively checks the app while feeling more socially disconnected than before.

How to Ensure You’re Not Engaged in Manipulation

There are two litmus tests that you can use to decide if a particular use of behavioral design is ok. Ask yourself the following questions if you’re wondering about the ethics of a particular tactic.

Unethical or sketchy use of behavioral design won’t generate the results you’re looking for. As people learn more about the consequences of manipulation, they’re becoming less forgiving of companies that use it. It’s worth taking time to consider which category your techniques fall into.

« The Reviews Are In… 5 Stars!
3 Ways to Fuse Psychology and UX Design to Shape User Behavior »

Launching Your App on iOS or Android: Which
prev next