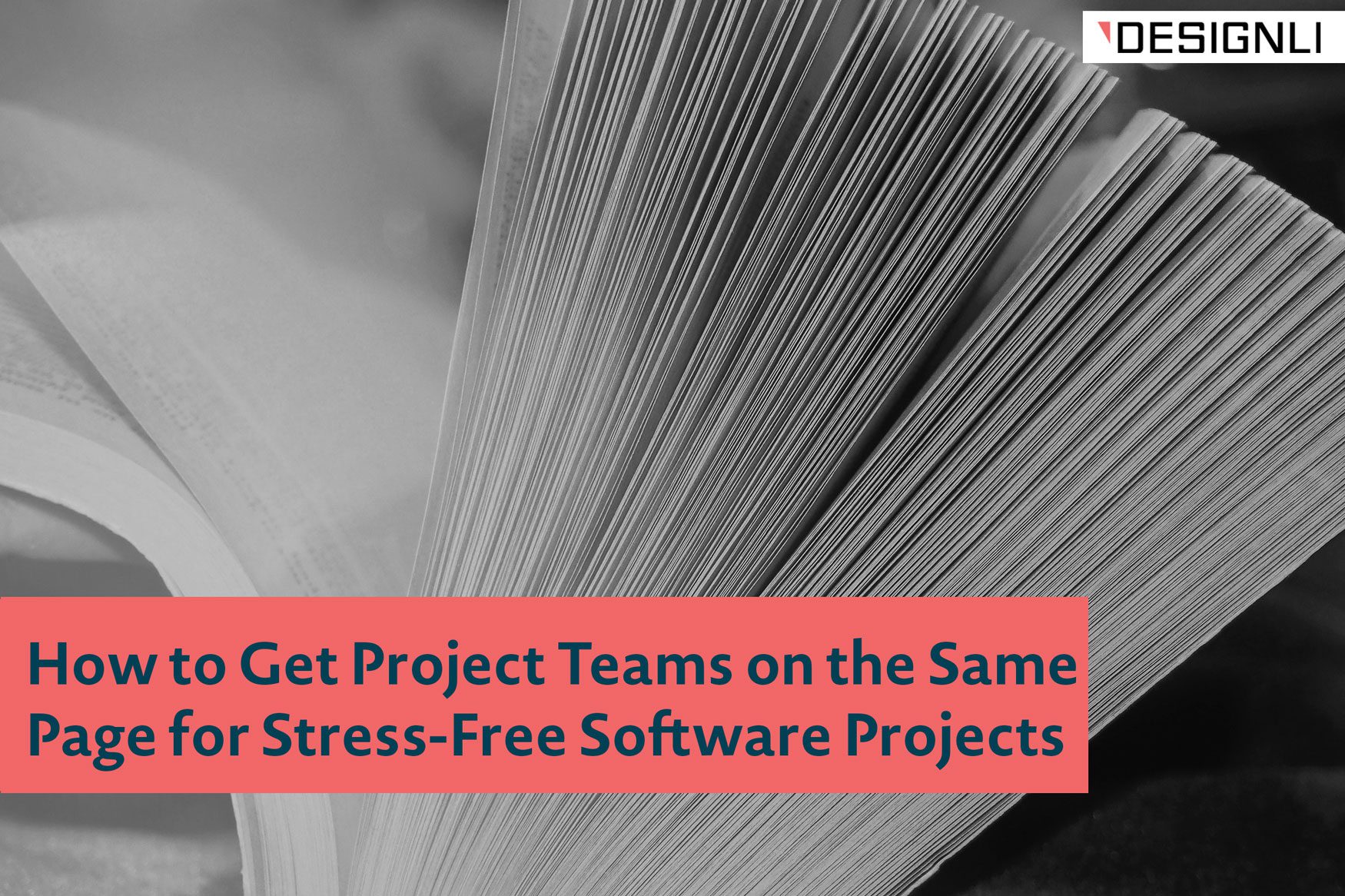 Nearly everyone has been on a project that was drawn out and not as successful as it could have been due to disagreements amongst team members. These projects are stressful, waste valuable development time, and, in the end, cost the business money. But project teams are human, and differences of opinion are part of life. So how can companies get project teams on the same page, working toward a common goal?

Start With the Vision for the Project

Often, a project goes off the rails because team members are all envisioning different things for the software. Even though you’ve clearly outlined the scope, individual team members may see the roadmap coming to life differently.

Before you get started on a project, paint a concrete picture of what the software is designed to do for users, how the users’ lives will be impacted, and how they’ll use it in real-world situations. When team members are able to keep a vision of the user in mind, it’s easier to stay focused on the purpose and goal of the project.

Everyone on a good team wants to do their best work and make a real contribution to the project. People get frustrated when they run into roadblocks that force them to compromise quality or what they deem is important. When those roadblocks come in the form of other team members, fireworks erupt.

Disharmony can be avoided if you sit down at the beginning of the project and allow each team member to communicate what they need. This session will help inform timelines, deadlines, and strategies. When team members commit to one another’s priorities, they build a foundation of confidence in one another. If a misunderstanding arises later, they’re more likely to give one another the benefit of the doubt and work together to move forward.

Make Sure Everyone Understands the Lingo

Developers speak one language. Designers speak another. SysAdmins have another language all their own. Project managers, while they have a working knowledge of all these languages, have their own jargon. The project owner may not even use the same alphabet as any of these other folks.

Miscommunication is bound to happen if not everyone understands what various terms mean, and people are often hesitant to ask for fear of looking dumb. Acknowledge the elephant, and create a set of standardized terms and definitions that team members can reference at any time.

For team members who are natural introverts, communication may not be top of mind. But it’s essential for successful projects. Create a communication plan that outlines how team members should communicate (Slack? Email? Your project management tool? Hint: avoid email!) and when. Schedule regular meetings, whether in person or via video conference, to give team members the opportunity to ask questions and hear from one another.

To ensure these meetings stay productive and positive, create a group agreement together that commits team members to respect one another, to encourage participation by everyone, and to accept critique without attack. Prompt people to share ideas while reminding them of the vision you’re working toward.

Icebreakers and team building activities are perennially popular for a reason — they work! While team members may grumble that they’d rather spend the time working on the project or doing the activity with people they aren’t already with eight or nine hours a day, the reality is that fun brings people together. When you plan activities that get team members out of their cubicles, you give them a chance to see each other as real people — which facilitates better relationships and communication. You don’t have to go cheesy with this. Even something as simple as beer at the pub down the street on Friday afternoon or an amateur photography excursion at a local park will encourage people to relate as fellow humans.

Want to learn how our software development process is designed to get all team members and stakeholders working together for a successful project? Get in touch!

How to Find Your Startup’s Niche

Best Practices for Researching Your Competition

Product Lessons From the Perfect Tweetstorm

SEO for Startups: 7 Strategies to Get It

Building Something You Can Sell is More Important

The Power of the Minimum Viable Product, and

Being Human: Utilizing Emotional Design to Reel in

4 Advantages of Angel Funding For Startups

How Do I Decide What Technology to Use
prev next