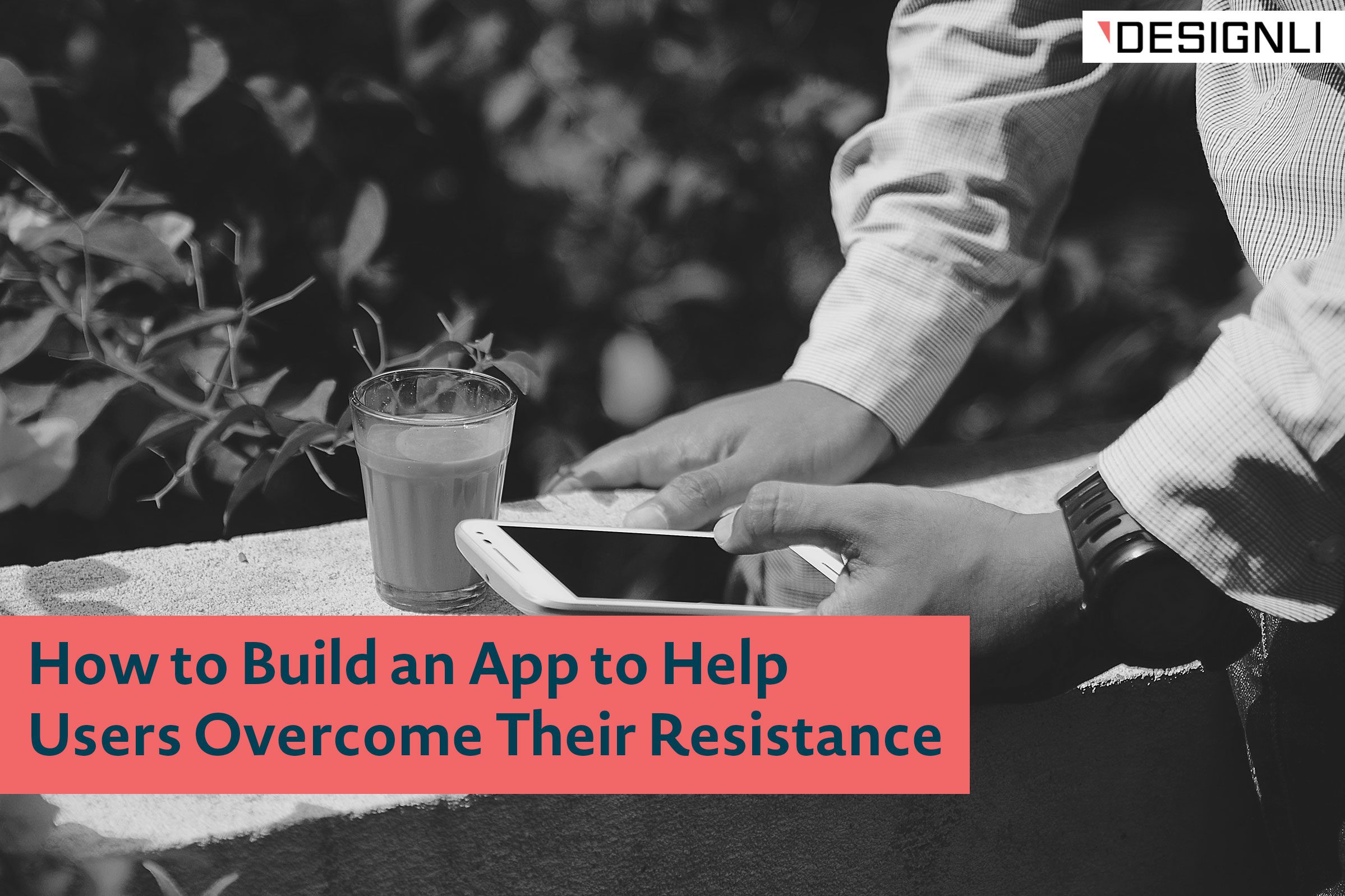 We’re all faced with tasks we don’t want to do. It’s part of what it means to be a grown-up. Responsible choices can be tough to commit to and even tougher to follow up on. Whether we want to develop an exercise habit, start incorporating more vegetables into our diet, or complete any other not-so-fun task, our good intentions often encounter internal resistance that holds us back.

If you’re dedicated to developing positive life-changes in your users, you’re likely to be fighting an uphill battle. People frequently download fitness apps, budgeting apps, language-learning apps, and other apps that are supposed to help them make difficult changes, only to delete them a month or two later without having ever used them more than a handful of times.

If you’re developing an app designed to help users overcome their resistance, here are some tweaks you can make so users will stick with it for the long term.

Reveal the Difficulty of the Task Gradually

When a difficult task awaits us, it can be overwhelming to think about the entire task. We focus on the massive amount of willpower and effort that we’ll need to complete it. For this reason, it’s a good idea to reveal the difficulty one step at a time in your app.

Let’s use a workout app as an example. Fitness habits are notoriously difficult to build, and people often give up because their goals look too difficult to achieve. Viewing an entire fitness plan may discourage users as they think about how much more enjoyable it would be to catch up on their favorite show’s latest episode. If you keep the user focused on just the beginning workout, and then the next workout, and so on, they’re more likely to keep going through the entire plan sequence.

Moving forward feels good. Being able to look back to where you started and see how far you’ve come is rewarding. When you’re designing your app’s user experience, build in a clearly-defined beginning and end point for each goal.

For example, if the goal of your app is to encourage users to save money, you could integrate a tracking tool that shows the user exactly how much they’ve stashed away to-date and the percentage of progress they’ve made toward the goal they’ve set. This reinforces a feeling of success while at the same time motivating users to soldier on and make the tough choices needed to keep saving. The old-school thermometer on the wall during school fundraising events is a classic example of how people crave visual reinforcement of progress towards goals.

Everyone likes rewards. Rewards release dopamine that makes us feel good. They provide the motivation to get started and to keep going when the going gets tough. Rewards become more powerful when they’re variable, giving us a hit of dopamine at various points in the process of building a habit.

You can use rewards in your app to keep users going as they look for the next reward. Rewards don’t have to be big to be effective. In fact, one of the most powerful rewards is social status – like badges and rankings on leaderboards. Access to exclusive content or features is another powerful reward.

For example, let’s say you’re designing an app that teaches a new skill. You could offer bonus content as users reach new levels of proficiency. This content could include videos of the masters at work or interviews with instructors providing inside tips and tricks to improve performance.

Incorporate these ideas into your app design to make the mountains of difficulty seem smaller and more conquerable. Even just a few adjustments to your app’s UX will keep users more engaged. The more engaged users are, the more likely they are to keep using your app to reach their goals.

Want to learn more about how we integrate these tactics into app design or talk about your project idea? Get in touch.

How to Start Developing an App

How Sanvello Uses Behavioral Design to Boost Mental
prev next