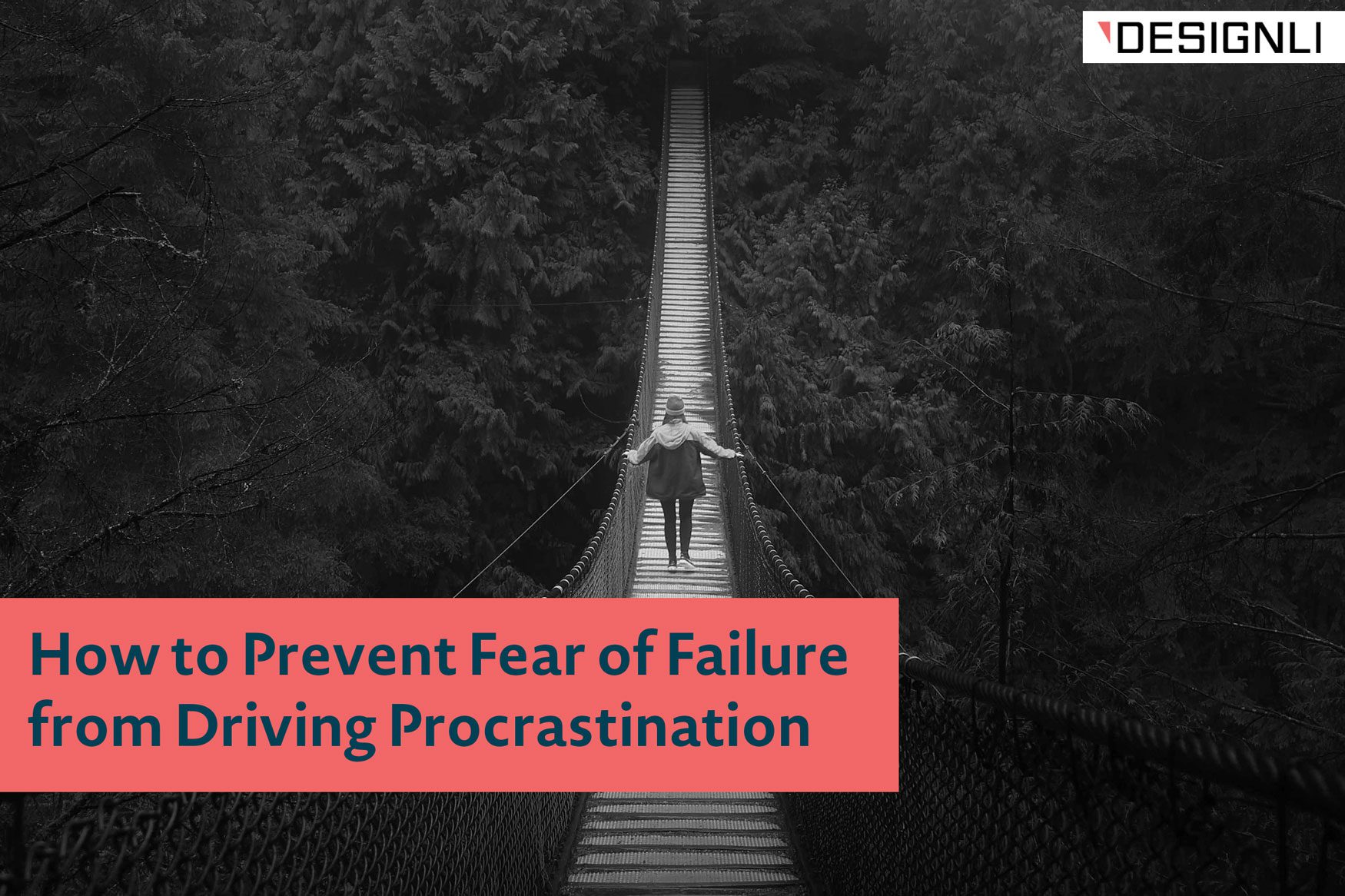 As a startup founder, you’re an action-taker. You generate ideas, and you get things done. But like many people, you may struggle with fear of failure.

What Causes Fear of Failure

Uncertainty is a powerful force. It can generate anxiety and cause us to behave in ways we wouldn’t otherwise. In one interesting 2016 study, researchers measured the stress response of subjects while being given electric shocks to the back of their hands. Unexpectedly, the subjects’ stress response didn’t increase when being told ahead of time when they would receive the shock. It increased when they were not told. The uncertainty was more stressful than the shock itself.

This type of fear can generate procrastination. It’s mentally easier to put off doing a task (or building your product) than to start doing it and deal with the fear of failure. You can’t fail at something if you haven’t yet tried, or so the reasoning goes. If you want to overcome this type of procrastination, here are three ways to prevent fear of failure from sabotaging your efforts.

3 Tips for Overcoming Fear of Failure

1. Change How You Think About Failure

Thomas Edison said, “I have not failed. I’ve just found 10,000 ways that won’t work.” As ubiquitous as the saying is, it’s difficult to view failure this way. We tend to think of failure as a destination, rather than as a point along the path. Successful people usually experience many failures. What sets them apart is that they learn from the failure, adjust, and iterate.

Instead of looking at failure as something negative, consider it merely a learning experience. Learning is an expected and necessary part of launching a new company and creating a product. Expect failure and appreciate what it will be able to teach you.

Fear serves an important purpose. We experience fear as an evolved response designed to protect us from dangerous situations. Ancient humans needed fear to prompt them to stay aware of where the local lion pride was lurking and to store away food for lean times. Without fear, we would not survive as a species.

So thank your fear for wanting to keep you alive. But then recognize what’s driving that fear. Is there truly an imminent danger, or are you simply worried that you might fail? If failure means death or imperiling the lives of others, certainly listen to your fear. But if failure just means a bruised ego, “wasted” resources, or disappointment, realize that these are simply the price of your education.

An ancient Buddhist concept called non-attachment has something valuable to teach those of us obsessed with becoming the next overnight success. Non-attachment encourages us to set goals but not become attached to outcomes. Remaining open to whatever comes our way—including failure—will not only allow us to learn from the experience, but also give us the freedom to explore routes we might not have seen the value in otherwise.

Modern cognitive behavioral therapy calls this practice “acceptance.” We accept what life throws our way and then craft a strategy to move forward. Even when (especially when) it doesn’t match our ideas of what “should” be happening.

Freeing yourself from fear of failure will give you a clearer mind and allow you to take action that will move you further down the path toward your launch.

Want to talk about your project idea? Get in touch.

« How the 10% Happier App Created Consistent User Growth, Leading to $3.7 Million in Seed II Funding
How Slack Maintains a User Base of Over 10 Million »

Know When Paying for a Premium Domain is

Validate an App Idea in 6 Simple Steps
prev next