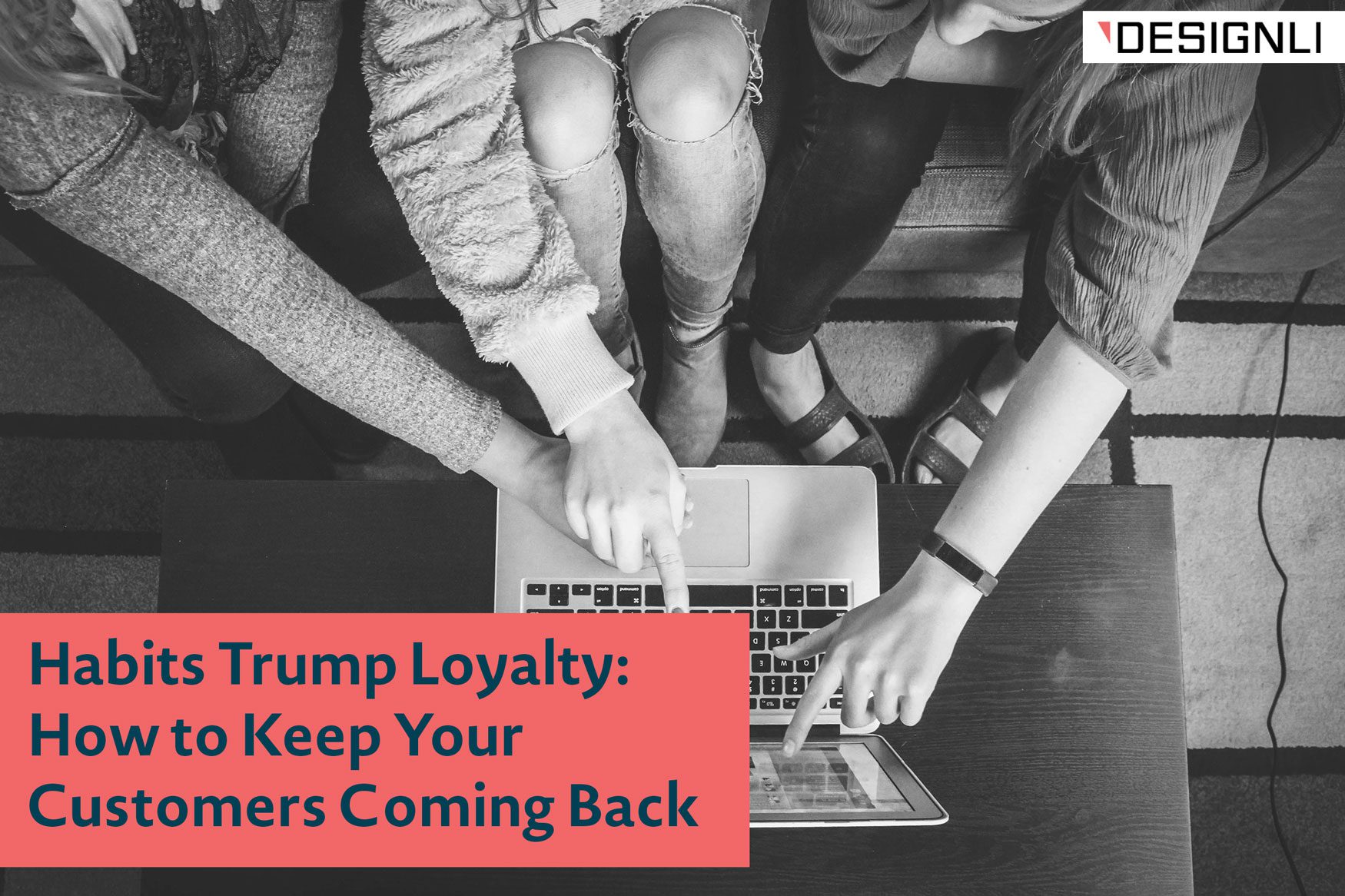 I used to be an Apple fangirl. I was using Mac computers in high school — before laptops were even a thing. Later on, I was an eager early adopter of the iPod, and my first smartphone was an iPhone, of course. I would never have considered buying a tech product from any other brand, as long as Apple made some version of it.

Many Mac users fell into the category I was in. We were proud Apple loyalists. Part of our identity was wrapped up in the culture that Apple espoused — the creatives who think differently.

But today, I’m considering a Chromebook to replace my old Mac laptop. Sure, I still have an iMac desktop, but it’s astounding that, after over two decades, I’m even thinking about another brand.

Build a Habit to Lure Customers Away

On the other hand, it’s not that surprising given that I fell into the habit of using Google’s suite of tools exclusively. When Google introduced Docs and Sheets, they made it easy to take advantage of the convenience of the Cloud. I could work on my documents anywhere, without having to sync. Using Google’s products fit seamlessly into my existing workflow, making the friction of switching nonexistent. I invested time into setting up all my files in Google Drive and began using Docs and Sheets — every day. Apple (and Microsoft) eventually caught up with their own Cloud offerings, but I was already hooked. I had quickly formed a Google habit, and it wasn’t going anywhere.

While I remained an Apple loyalist for several years, over time, my Google habit began to outweigh my Apple loyalty. And with Apple’s reduced pace of innovation, I have little incentive to stick with their products.

How to Build Enduring Habits

This is how loyal customers get wooed away from your brand. How can you prevent this process from happening? Prompt users to build habits around your products.

Habits are created via neurological loops: a cue triggers a behavior that delivers a reward, and the reward drives additional instances of the behavior when the mind encounters the cue in the future.

You can create an environment for habit creation within your products themselves. Here’s how.

1. Find Out What Motivates Your Users

The reward of convenience helped motivate me to switch to Google Suite. I no longer had to make sure my desktop was synced with my laptop, and I could work on my files even from a friend’s computer.  In order to create rewards that resonate with your users, you’ll need to do some research. Talk with them. Observe them in their working environments or daily lives. Find out which rewards have worked to motivate them in the past — and which ones haven’t. Learn if they’re more driven by internal or external motivation.

For me, the cue to use Google Suite was built into my workday. I needed to create documents. You can take advantage of existing cues in your user’s environments, or you can build cues into your products. For example, software apps use notifications as cues to trigger behavior.

The key to using cues effectively is to make sure they’re happening on a daily or near-daily basis. You’ll also need to make sure your cues happen at a time when the user can complete the desired behavior. For example, if the cue comes when the user is driving home from work, he or she will be occupied with another activity and the opportunity is lost. The cue must occur immediately before the behavior should happen.

Another key component to the creation of my Google habit was low friction. It was incredibly easy for me to adopt the products. If your products are difficult to operate in the environment where people will be using them, it’s unlikely that your users will form a habit. Think through where your customers will be using your products, the existing workflows that your product will need to fit into, and any limitations your customers have in their environments.

Relying on loyalty is a fatal weakness, since loyalty is so easily trumped by habit. If a competitor succeeds in getting your customers to build habits around their products, you’re going to lose them eventually — no matter how loyal they are today.

Want to learn how we build habit-formation into software? Get in touch!! We’re happy to answer questions.

5 Steps to Speed Up Your App or
prev next