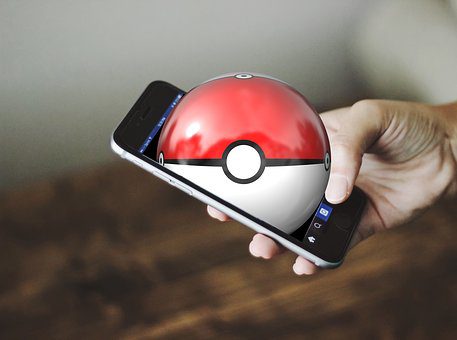 This is a post by Phil Coburn, Designli’s summertime marketing intern straight from his freshman year of college. Join Phil as he explores the ins-and-outs of the software industry and the world of startups, small business, and marketing.

I’m going to hop on the Pokemon Go bandwagon for just a moment here to talk about something that I think is really interesting about the app: people’s reactions to the game.

In my experience, the way people who I have met have reacted to Pokemon Go has been somewhat indicative of their attitude towards technology. It’s really fascinating to me how different people have reacted to the app, especially in the cases where I know at least a little about how they feel about technology in general.

For example, my mother is not big on tech. She thinks I spend a moderately unhealthy amount of time in front of screens of one sort or another. Her reaction to Pokemon Go was essentially “Well, at least it’ll get you outside.” A couple of women I met and struck up a conversation with in Canada (while on a walk, playing Pokemon Go) had virtually the same opinion. One of my friends was talking to me about the game and mentioned that his girlfriend had seen a group of people huddled around one of the popular spots for Pokemon players in downtown Greenville and told him that she thought it was sad.

Other people I’ve talked to have had quite a different opinion. I’m sure you’ve seen an article or two somewhere with someone gushing about how the game is really bringing people together, but the thing is, it really is. It’s heartening and a little surprising to hear how open and enthusiastic many people are about playing the game and loving it. I’ve also met people who have never been big tech users or big on videogames of any sort who are really excited about Pokemon Go.

While doubtless nostalgia plays a role in many reactions to Pokemon Go and the success of the app (7.5 million downloads and roughly 1.6 million dollars daily revenue as of July 11, according to an article by TechCrunch), the reactions are still revelatory. Technology is becoming more and more integrated with our daily lives. Augmented Reality apps like Pokemon Go are most likely going to become more and more common in the years ahead, and although many are wary or even hostile to such apps, there is also a huge potential market in AR apps.
Pokemon Go has had some rough spots, but hopefully it has also highlighted an interesting new opportunity. It’s also worth noting that Pokemon Go is a game. The possibilities for more practical AR apps are as yet largely unexplored. While such an app might not have the nostalgia factor of Pokemon, AR is still new and exciting enough to generate at least some interest purely based off of being “cool.” There are plenty of ideas to explore and apps yet to be built.

« Are You Spending All Your Available Time on Your Business? You’re Doing It Wrong.
Who Says No to Money? Smart Entrepreneurs, Sometimes »

Capturing Millennials with Your Startup