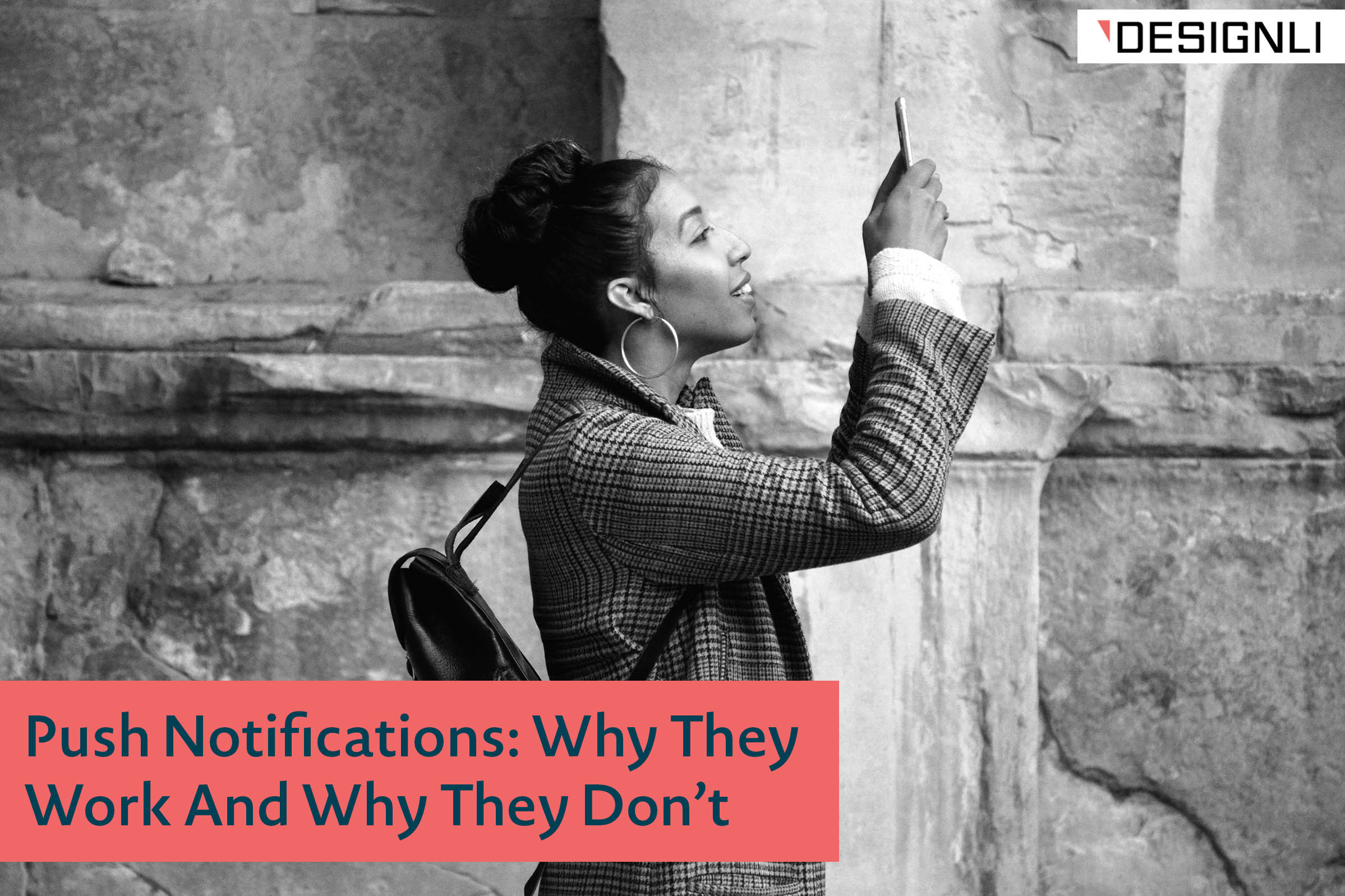 In the app world, it’s all too easy and all too common to lose sight of the crucial fact that it’s not the device itself you hope to engage with. It’s that human being holding the device in their hand, and keeping that in mind can be especially important when it comes to sending push notifications to maximize engagement and the revenue engagement creates. Too often, technology overwhelms what should be a focus on the user experience—the make or break factor keeping users active and profitable.

With that in mind, it pays to look at the best practices for push notifications periodically, both to keep the target in sight and to keep up with emerging techniques in the field.

As critically important as push notifications are for generating revenue growth and maximizing the lifetime value of customers, they also represent the first and highest hurdle for app publishers to clear. That is particularly true in the case of iOS apps, which explicitly require the user to opt-in to receiving push notifications. In that regard, iOS stands apart from Android which doesn’t require permissions, but best practices argue for getting permissions regardless of the operating system, as we’ll see in a moment.

Staying with iOS for the time being, however, the sobering reality is that only some 42 percent of app users opt in to push notifications, on average. That leaves the majority of them forever out of reach of important messages in the future and highly likely to drift away, given that 25 percent of app users will use an app only once and more than six in ten will use it fewer than eleven times.

Fortunately, some approaches to enticing a user to opt in are far more fruitful than others. Specifically, the iOS stats tilt dramatically toward the publisher’s favor when the user is greeted by a customized welcome/opt-in message at first open, rather than the bland and rather off-putting generic message most apps employ. In the custom message, publishers have the opportunity and the vehicle to explain the benefits of opting in, in terms that allow the user to see clearly the full value the app can have for them.

How much difference can that personal touch make? Well, don’t bank on duplicating these results, but one report has shown it to increase push notification opt-ins by an astonishing 185 percent in one instance.

Traditionally, Android has made app permissions the default position, making it much easier for publishers to send push notifications and more complicated for users to opt out. With the development of the new Android Nougat, however, the rules are changing and consumers are gaining a simple two-tap path to opting out as opposed to rescinding the permission manually and after the fact. It only stands to reason that more users will take that easy out and turn off push notifications more frequently—unless app publishers capture their attention and engage them from the outset.

As with iOS, then, it makes sense to reach a new user with a persuasive and personal message from first open, spelling out the benefits of opting in to push notifications in order to get the most benefit from the app over time. A well-crafted message will convince a lot more users that they have something to gain by staying abreast of developments and special offers with the app. On the other hand, a generic corporate message can be a turn-off that drives a user away forever.

And What To Do About The 60 Percent Who Turn Off Push Notifications?

It’s conceivable, even likely, that some portion of the users who opt out of push notifications will become the active, long-term users every publisher hopes for and needs, all of their own accord. But that sort of wishful thinking is no way to build a business. It leaves success or failure entirely to chance, a position no company can afford to be in.

And that’s why this is one of those situations in which an ounce of prevention is what is needed. As noted above, the surest way to retain users is to get their permission upfront to receive timely, relevant, and meaningful notifications that will enhance the customer experience and keep them engaged—remembering that it takes a timely, relevant, and meaningful notification to secure their opt-in.

In other words, make the outreach so enticing that a majority of users opt in instead of opting out. If that sounds like an impossible dream, there is a little-known technique for optimizing the ask that can work wonders with permission rates. “Push Pre-Permissions” is an exclusive tool that suppresses the permission prompt so the user isn’t bombarded at first open, as is typically the case. Instead, Push Pre-Permissions allows companies to sweeten the opt-in ask with personalized offers, to repeat the ask to increase the chances of success, and, importantly, to time the ask to reach the user at the time when they are at peak engagement in the app.

Test And Measure: How To Limit The Downside Of Push Notifications And Maximize The Impact

Both in the matter of securing the opt-in and at every other stage of user engagement and user experience in the course of the customer journey, testing and measuring the impact of push notifications is an absolute imperative. In practice, that means testing every aspect and permutation, from the timing of messages to the content to user demographics or lifestyle traits.

A comprehensive and ongoing testing program gives publishers a wealth of knowledge on which to build future initiatives and optimize campaigns down to the smallest detail. It can reveal what notifications yield the best response when directed at specific segments or at specific times, or how particular behaviors suggest targeted notifications.

In fact, anything that can be counted can be tested, and best practices argue that it should be, if optimal results are the goal.

Know Why Users Uninstall Apps And How To Keep Them Interested

It’s another truth no publisher really wants to hear, rather like the high rate of push notification opt-outs. But the top reason by far that users uninstall apps is that they grow fed up with annoying push notifications—too many, too often, too irrelevant, you name it. That’s how 71 percent of consumers surveyed responded to the question.

None of that is likely to come as a surprise to any of us who have been annoyed ourselves by intrusive notifications, but it does sound a cautionary note for any business walking the tightrope between useful notifications and annoying ones.

Other frequently cited reasons users uninstalled apps included a complex registration process, for 68 percent of respondents, followed by freezing at 48 percent and a bad UX at 42 percent. Intrusive ads and privacy concerns also made the list at 29 and 23 percent respectively.

Of course, the good news in all of this is that knowing what users dislike is the first step in addressing their concerns and improving the UX. Beyond addressing any tech problems like freezing and streamlining the registration process, most of the customer experience issues can be resolved by a consistent commitment to four essential best practices.

Every app publisher already knows that timing is everything, at least in a global sense. Depending on such factors as geography, demographics, and lifestyle, it’s possible—and necessary—to hone in on specific days and dayparts when responses to notifications are likely to be strongest, based on both industry standards and a company’s own in-house testing and metrics.

Surprisingly, though, businesses sometimes overlook some aspects of timing that should be self-evident, but clearly aren’t. For one, it’s important to always send push notifications to users in their local time zones; a wake up message may be welcome on the east coast at 8 a.m., but considerably less appreciated across the country at 5 a.m.

And in a caveat that applies across the board, the more narrowly both the notification and the timing can be personalized to reach individual users when they are most engaged, the better the results are likely to be.

It’s not possible to stress too much how important such personalization can be in improving UX and maximizing engagement. The pushes that hit home with users are the ones that are relevant to them. Drawing on readily available data and the metrics constant testing produces, it is possible to deliver the appropriate notification to each user at the most appropriate time, based on the specifics of their own user journey.

This can mean segmenting by such attributes as recent transactions, frequency of use, how long the app has been in use, or how long it’s been inactive. And address each user by name, the ultimate in personalization.

An often-overlooked factor in targeting users for optimal response is the very human one that it’s the novel notification that is going to capture our attention. Just as poorly timed generic messages are apt to turn users off, those that offer a degree of novelty are likely to intrigue recipients and draw them in.

Finally, even the perfect message perfectly targeted and deployed is going to have more impact if it’s actionable. Consider adding custom buttons to the push notification itself, such as those that invite a reply or initiate a transaction of other key action.

Not to be lost in the drive to incorporate best practices is the value of unique and creative solutions to the unique objectives behind each app. In the corporate world, the drugstore chain Walgreen’s has been recognized as a standout for innovative app features that engage customers in numerous ways at the same time that they generate both purchases and valuable analytics for the company, as detailed in a recent Digital Marketing Blog post.

In addition to engaging the customer in a multifaceted “points” system and encouraging users to update their apps when needed—with 80 percent success—the company uses in-app messages to address health education topics and sends notifications requesting feedback shortly after the customer leaves the store.

In the same post, Major League Baseball draws praise for its success in using personalized messaging to drive a 43 percent increase in sales over the previous year and tripling the conversion rate achieved by other methods.

Where Do We Go From Here? The Future Of Push Notifications

Prognostication is always a dangerous undertaking, especially in the rapidly changing technology ecosystem, but that doesn’t stop tech experts from dreaming about next innovations.

One feature that is not really waiting for the future to arrive, since it has already made an appearance in some existing apps, is the ability for a user to respond to a push notification directly, without having to open the app, saving time and inconvenience.

Another particularly intriguing idea is the ability to filter notifications so they would reach a user when he or she is at a particular location, engaged in a certain activity, or during a specific time period, among other variables, thereby reaching the user at a point of heightened receptivity.

Similarly, there’s talk of the ability to ramp push notifications up or down based on the user’s history with previous notifications, in order to achieve the right frequency for the individual user, and avoid hitting their annoyance threshold.

How to Use Emotional Design to Create a

App Analytics : How To Know If Your
prev next