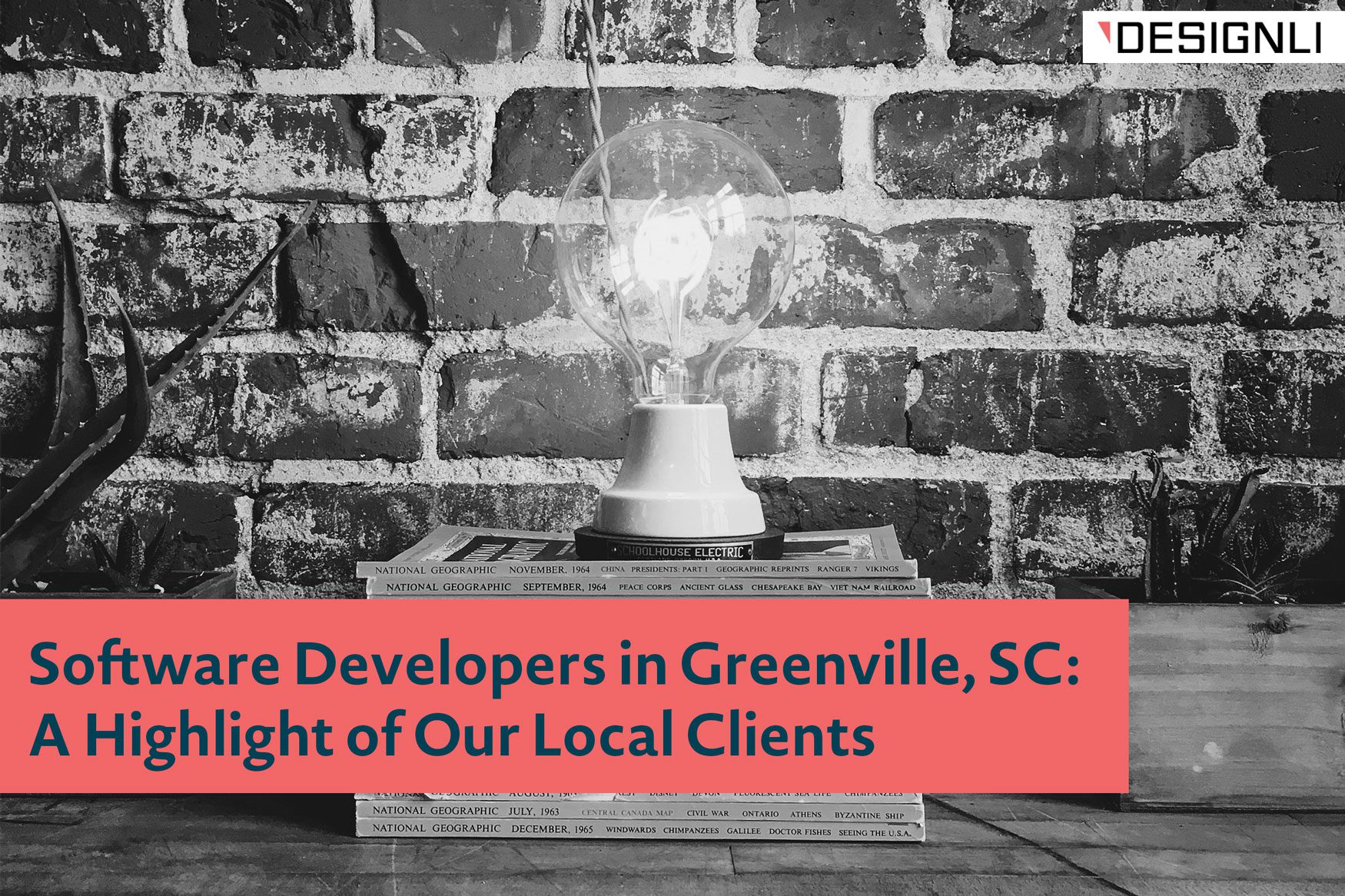 While our story began in Ohio, we moved Designli to Greenville, SC for a reason. This city is known for its commitment to innovation, and it’s attracting technology companies to its thriving startup culture. As software developers in Greenville, SC, we’ve been able to collaborate with fantastic people here. They enhance our own creativity and business-problem-solving ability.

In this post, we’re highlighting a few of our clients in the Greenville area. We share how we’ve partnered with these companies to create products that are making a difference in the world.

In the coming weeks, be on the look-out for our newly announced “Founder Series” – where we’ll be interviewing numerous local clients, including some from the below list, to learn about their experiences building custom software – including their ‘lightbulb moments,’ struggles, and victories.

High-quality brands and a good cause join together in GoodTwice.com, an online shopping site for Goodwill Industries of Upstate/Midlands South Carolina. The site makes it easy for shoppers nationwide to locate and purchase popular brands with just a few clicks. It expanded the reach of Goodwill far beyond their physical thrift store locations here in SC.

The site was already up and running before Goodwill approached us, but it had slow page load times and a glitchy shopper experience. It was failing to meet its potential. We helped the Goodwill team streamline the buying experience from start to finish. A revamped checkout process cleared out the barriers that caused shoppers to abandon their carts before making a purchase. Since a majority of visitors were using mobile devices, we developed iPhone and Android apps to make shopping from a small screen match the experience they were used to on the desktop version. With an improved technology infrastructure, average site load times dropped from over seven seconds to less than one.

Arkiver is in the memories business. The site helps people curate their life experiences. A simple-to-use platform makes it easy to organize photos, videos, and notes. With everything stored on the user’s own Google Drive or Dropbox account, there’s a greater sense of confidence that their memories are their own.

We came on board to develop the Android version of the Arkiver app. The result was an app that worked well across devices, delivering a similar user experience on a phone or tablet.

Arkiver had already decided to use another company for building the iOS version of the app. But when that project was delivered over budget and also wasn’t operating as intended, they asked us to take over. We took a deep dive into the existing product, identified the bugs, and reworked the underlying code. After an in-depth fix, Arkiver now has an iPhone app that runs as smoothly as the Android version, and they didn’t lose additional money on over-budget development.

LifeTabs is making life-changing advances in diabetes management. There are over 700 million people around the world who suffer from this disease. The ability to measure and record blood glucose levels can make an enormous difference in health outcomes. An inexpensive color-coded test strip makes getting an accurate reading possible.

With smartphone access rapidly expanding across the globe, LifeTabs approached us to create an app that would accurately capture an image of test stripe results within the +/-15% accuracy level the FDA requires. The development process began where all successful apps begin: by defining the user experience. By making the app simple and easy to use, we ensured people wouldn’t get hung up along the way, keeping them from the care they needed.

The biggest technical hurdle was the development of the color-reading algorithm. With strict FDA guidelines to follow, our team worked closely with LifeTabs to ensure the image capture was accurate under a variety of less-than-predictable lighting situations. And our flexible design approach made it easier to adjust the app for product changes and improved accuracy as LifeTabs made research-based improvements.

Although we work with companies across the U.S. (and across the globe), it’s a special treat when we get to partner with those in our own backyard!

Want to learn more about how we work with clients or talk about your project idea? Get in touch.

Why “You Can Be Whatever You Want When

5 Reasons You Should Drop Out of School

The Reviews Are In… 5 Stars!
prev next