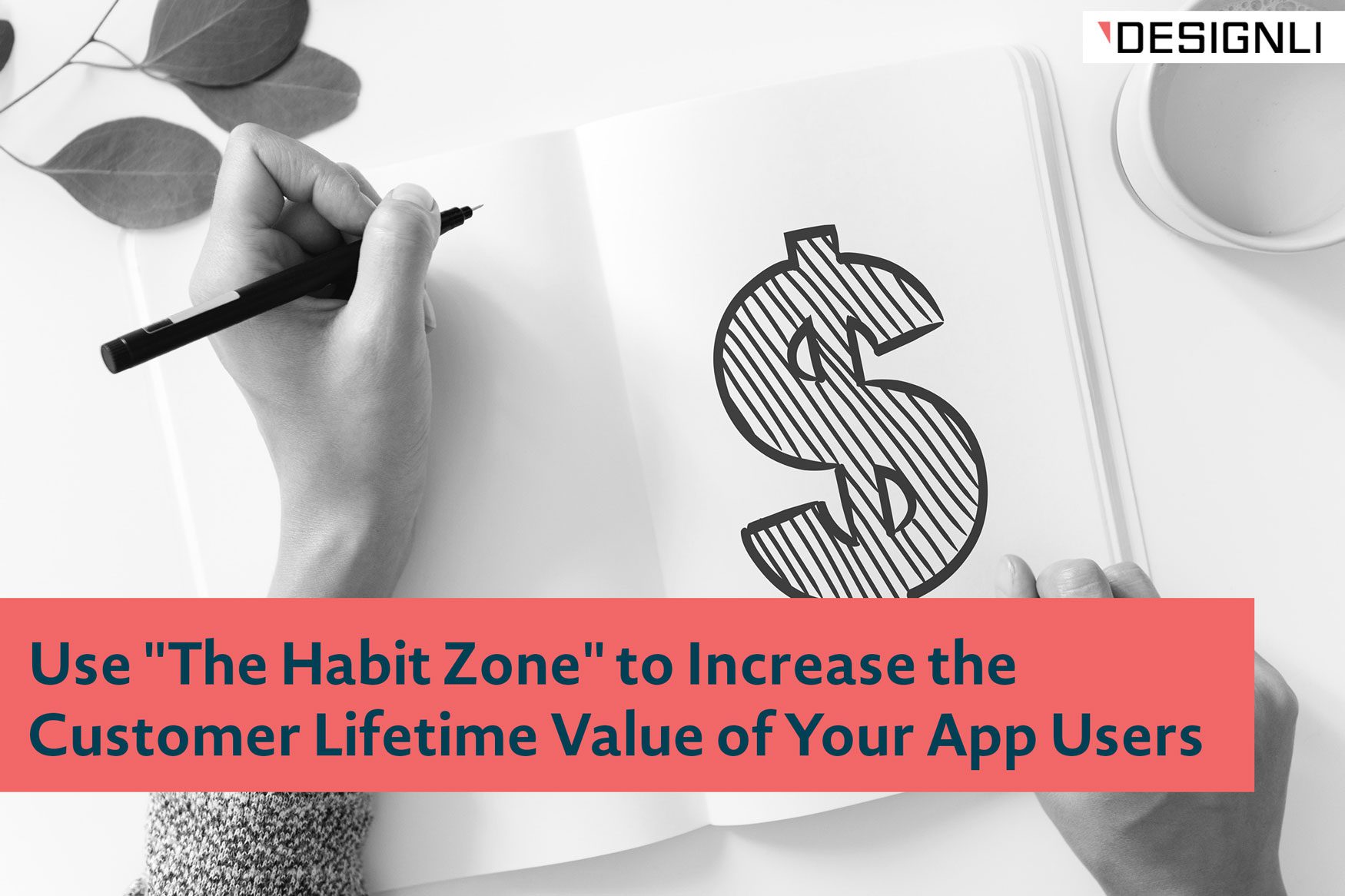 The Zone can be a great place to be. You’re on autopilot, and your brain’s wired-in habitual behavior takes over. You no longer have to consciously focus on the task, so it becomes much easier. When it’s a productivity habit, exercise habit, or any other positive habit, The Zone serves an important purpose. Of course, it can also get us into trouble if we’ve built negative habits. For startups and other companies that are trying to build a loyal customer base for an app, The Zone is a useful tool. You can use it to increase the customer lifetime value of your app users.

What is CLV and Why is It Important?

First, what is customer lifetime value (CLV)? CLV is how much revenue a company can expect to generate from a particular customer before the customer moves on. CLV is an important metric because it directly impacts yearly revenue projections. One way to increase revenue is to increase your CLV by causing customers to stay customers for longer periods of time.

Apps are notorious for having low CLVs. People download an app, use it sporadically for a while, and then delete it from their phones. Because they never develop a habit of using it, it’s just too much mental work to maintain use. Instead, they fall back into their old habit of doing whatever it was they were doing before they started using the app.

Habits Have an Incredibly Powerful Pull

Habits are like ocean currents. Their pull is powerful, and they can either take you under or carry you where you want to go. Your app users’ habits will either draw them back to old ways (without your app on their phones) or propel them forward (into regular use that results in reliable income for your company).

While there are many reasons that app startups fail (insufficient monetization strategy, lack of scalability, cash flow, etc.), one of the primary reasons is that they simply didn’t build a product that customers used habitually.

Why The Habit Zone is The Holy Grail

Nir Eyal, in his book Hooked, talks about building products that have a high potential for entering what he calls “The Habit Zone.” He says that the precise frequency of use that customers must reach varies based on the type of product. But typically you’ll need customers using your product at least once daily.

Why is The Habit Zone something you should pursue? Here are a few reasons.

Once people develop a habit, they’re often willing to lay down serious cash to maintain that habit. Candy Crush Saga’s freemium business model is an oft-cited one for good reason: it works. Allow users to play for free, and then once they’ve begun playing daily, offer goodies for purchase that will enhance their experience. We can argue the ethics of creating video game addictions, but the model can be used for any product.

People who use a product daily are a lot more likely to tell their friends and colleagues about it than occasional users. You can take advantage of this inclination by making it easy for these users to refer you to other potential users. Facebook is a prime example. Everyone wanted their friends to be on the platform, so people started inviting everyone they knew. Facebook now boasts 68% of U.S. adults as users, and 51% of those are checking the site multiple times a day.

3. Habitual users are less likely to switch to a competitor.

Because the pull of a habit is so strong, habitual users are unlikely to switch to a competitor — even if that competitor’s offering is better. The obstacle of overcoming an already-built habit is just that strong. Consider technology. Excluding those early adopters who love change and exploring new things, most people are reluctant to shake up the status quo. It takes a long time for a new technology to become a household name.

If you’re looking for insight on how to build a product that enters The Habit Zone and retains users as a result, check out our recent post, “Use the Hook Model to Design an App that Attracts and Retains Users.”

Want to learn more about how we integrate The Hook Model into mobile app design or talk about your project idea? Get in touch.

« Android or iPhone: Which OS Should I Choose to Build My App Idea?
4 Ways to Implement External Triggers to Generate App Usage »

3 Discoveries from Behavioral Science that Will Make

How Long Does It Take to Get an
prev next