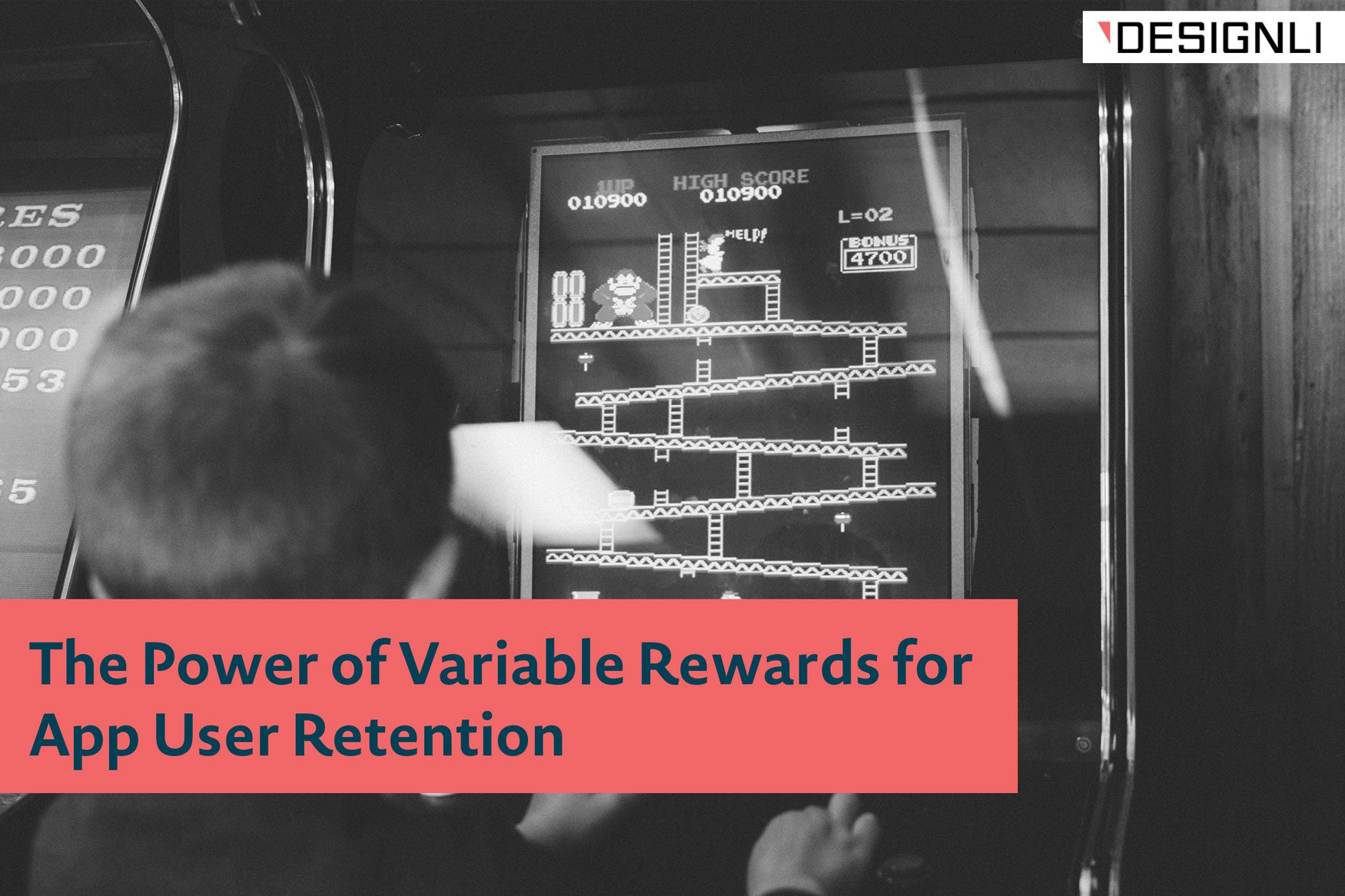 When you’ve just launched your app, you’re focused primarily on one thing: new users. You’re implementing tactics designed to spread the word about how awesome your app is. You’re buying social media ads, trying to get media mentions, encouraging existing users to tell their friends, and incentivizing users to turn on notifications or sign up for your marketing emails. All of these tactics are external triggers to motivate new users. But what about the more powerful internal motivation? In this post, we’re going to explore how to use variable rewards for app user retention.

Just How Powerful are Variable Rewards?

Now, we know that being addicted to losing money isn’t a good thing. But how can you use this tool in positive ways — namely, to get more people to continue using your helpful app? Let’s dig in.

One of the most effective ways to integrate variable rewards into an app is through the UI itself. Social media apps and dating apps are great examples of how to do this. As users post, scroll, or swipe, they’re rewarded (or not) with likes, comments, and matches. Sometimes users hit it big, and sometimes they don’t. In pursuit of that dopamine hit that comes with positive social reinforcement, they keep using the app.

Gamification applies game design (point scoring, competition with other players, rules of play) to non-game activities. It uses variable rewards to create a game-like experience for users of all types of apps. Gamification rewards usage behaviors with tokens, badges, placement on leaderboards, etc. Sometimes these rewards can be redeemed for actual, physical rewards (like a free drink), but the digital rewards are effective intrinsically when they’re attached to social reinforcement or personal achievement. Developers can integrate gamification tactics into the primary way that users interact with the app (such as Todoist’s Karma Points) or via special promotions (like Starbucks’ periodic bingo games).

Use Dashboards in B2B Apps

Variable rewards aren’t just for consumer apps. Dashboards are an effective way to integrate rewards into B2B apps. Consider the MailChimp app. After users send an email campaign, they can track its progress through the dashboard. They can see how many people opened, clicked, and engaged. Sometimes a campaign will perform particularly well and users will experience high social reinforcement. Sometimes a campaign will flop and users will have to try again. These rewards aren’t completely random, but neither are they entirely controllable.

Gabe Zichermann, a gamification expert, outlined a hierarchy of rewards based on their ability to drive engagement and retention. Surprisingly, the rewards that are the least expensive for app companies to implement (status rewards) are the most effective. Here’s the hierarchy, from most powerful to least powerful.

Start thinking about variable rewards before you even begin to consider development. Because they’re so important to the success of an app, you’ll want to integrate various types of rewards into the design of the app.

Use Zichermann’s hierarchy to create a plan for what rewards you’ll use and how you’ll use them. Don’t forget to consider scalability as your user base grows.

Want to learn more about how we help clients integrate variable rewards into their apps or talk about your project idea? Get in touch.

« Software Developers in Greenville, SC: A Highlight of Our Local Clients
How to Build an App to Help Users Overcome Their Resistance »

How Long Does it Take to Build an

Apple: The Good and The Bad
prev next