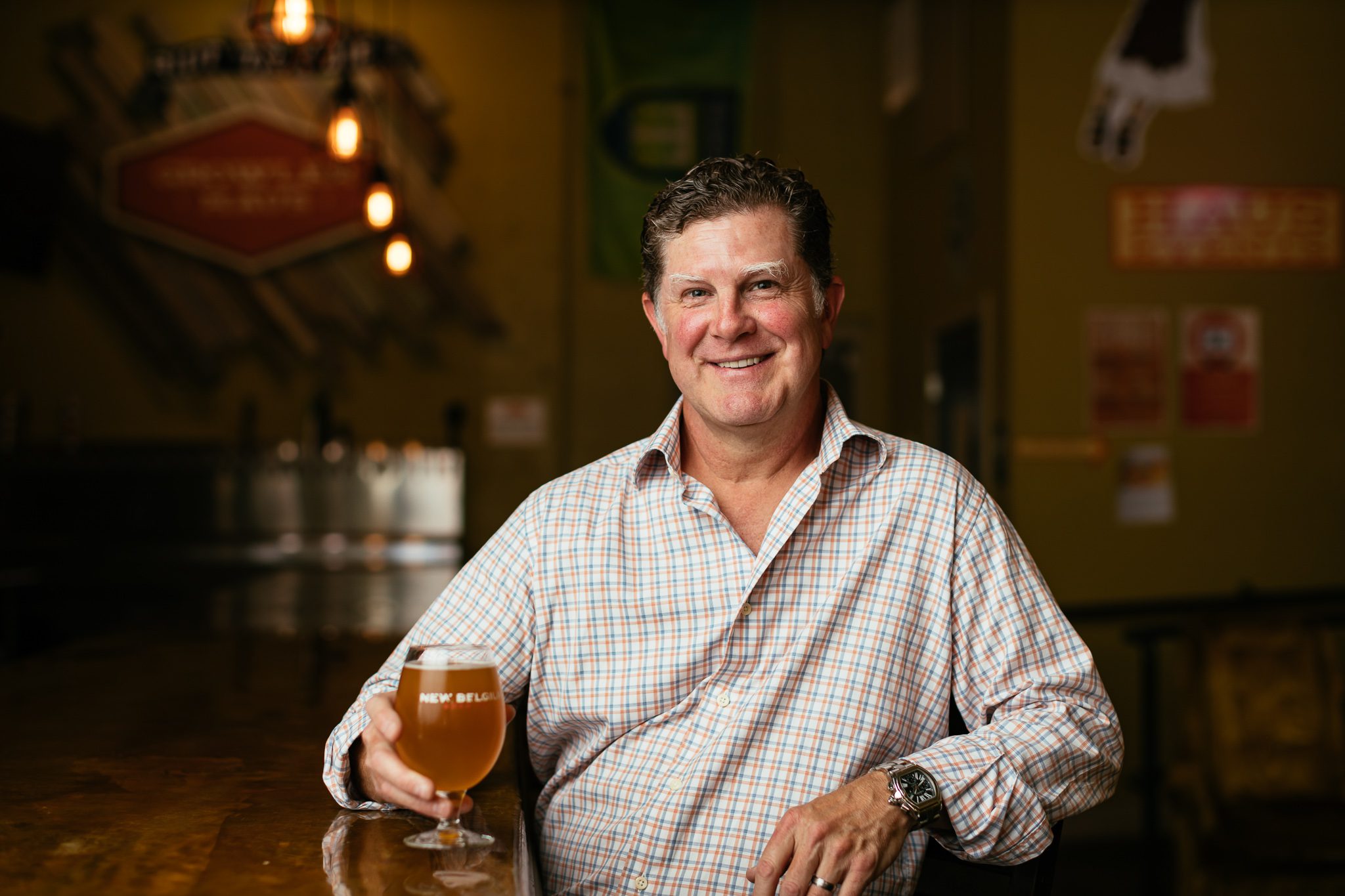 From founding South Carolina’s beloved Growler Haus franchise to launching business incubators across the state, Anderson native Craig Kinley has accomplished more in his career than most people can even dream of.

Despite his evident knack for entrepreneurship, Kinley spent the first 25 years of his career pursuing a starkly different path: climbing the corporate ladder in Wireless Telecommunications.

As someone who has always enjoyed fixing things and solving problems, Telecom was a natural fit for Kinley. “Every day we woke up and something new was broken,” he says. “It was our job to figure out the issue and fix it.”

Kinley’s fierce work ethic and go-getter personality allowed him to flourish in this corporate environment. Over the years, he was recruited for many different top-level positions within various Sprint affiliate companies and was relocated to cities across the country––including Greenville, SC; Charleston, SC; Savannah, GA; Chicago, IL; and Grand Rapids, MI.

“It got to the point where I was flying out of one airport on Monday and into another on Thursday––every single week,” Kinley says.

In just five years, he rose from Director, to Senior Director, to Senior Vice President of Engineering and Network Operations for the Sprint affiliate. By the end of his tenure, he had an executive salary, corporate perks, plus generous bonuses and stock options.

Kinley had found himself at the top of the corporate food chain––golden handcuffs and all.

But in 2007, when one of his family members started experiencing some serious health problems, the clock stopped. He was forced to take a step back and evaluate his priorities.

“That was a huge turning point for me,” Kinley says. He and his wife had two young boys at the time, and he needed to be there for them. “You can always chase money later, but you can’t recreate memories with your kids or take care of family while on the road.”

In 2008, Kinley made the difficult decision to resign and go off on his own. He launched a wireless telecommunications consultancy that advised companies working with wireless power transfer, including Clemson University International Center Automotive Research (CUICAR) and Delta Airlines.

“That was a hard transition––going from being the boss at the top to the boss at the bottom,” he says. “It was like I was starting over.” But now, looking back, Kinley can’t imagine his life unfolding any other way. The end of his corporate career was the beginning of an ongoing chain of entrepreneurial endeavors, each fueled by his desire to give back.

In 2011, Kinley was nominated for the prestigious Liberty Fellowship program, an organization that promotes leadership in South Carolina and empowers future leaders to realize their potential. He and the other Fellows were tasked with spearheading a project that would “Move South Carolina Forward.” Kinley decided to launch a startup incubator concept, e-merge @ The Garage, in his hometown Anderson, SC.

Even though Kinley had 25 years of corporate experience under his belt, he felt that he needed more first-hand entrepreneurial experience to draw from in advising his founders. “Being a corporate guy doesn’t give you the right to say you can run a business on your own,” Kinley notes.

To figure out what business creation he should go after to teach himself how to build a start up, Kinley asked himself one simple question: what’s missing in downtown Anderson, SC?

That’s when the idea for the Growler Haus came to him. Anderson needed a space where people could come together––for pleasure or business––and enjoy local craft brews in a cozy, unintimidating environment.

Kinley didn’t waste any time in getting the business up and running. He launched the first location (in Anderson) in just six months. Six months later, in 2013, he expanded to Spartanburg. The Fountain Inn location came next––then Greer and Greenville.

“I figured if Starbucks could do it with coffee, why couldn’t we do it with beer?” he laughs.

Despite his success with Growler Haus, Kinley has never stopped innovating and finding new ways to move South Carolina forward.

From 2016 to 2018, Kinley served as the Outreach Liaison for the South Carolina Telehealth Alliance and worked with hospitals, providers, and various governmental bodies to expand telehealth services in the rural parts of the state.

A few years later he helped launch yet another business incubator, Tri-County Technical College’s INSPIRE Labs, which gave entrepreneurs across Anderson, Oconee, and Pickens the resources they needed to succeed.

Today, Kinley spends most of his days working with Clemson University to investigate and commercialize new technologies they have developed. He also works with 19-22-year-olds around the globe to teach them how to trade in the stock market.

“The key is spending your time where it’s most valuable,” he advises. For Kinley, that comes down to what his mentor Toby Stancell coined “the five F’s”: friends, faith, freedom, family, and finances.

“Be disciplined, deliberate, and authentic in what you do and you’ll never go wrong.”

Follow Craig and his story on LinkedIn, or find Growler Haus on the web at GrowlerHaus.com.

Shontavia Johnson on Following Your Calling and Disrupting

Austin Jones on an Unconventional Path to Success

Frank Greer on Following Advice for Growth
prev next