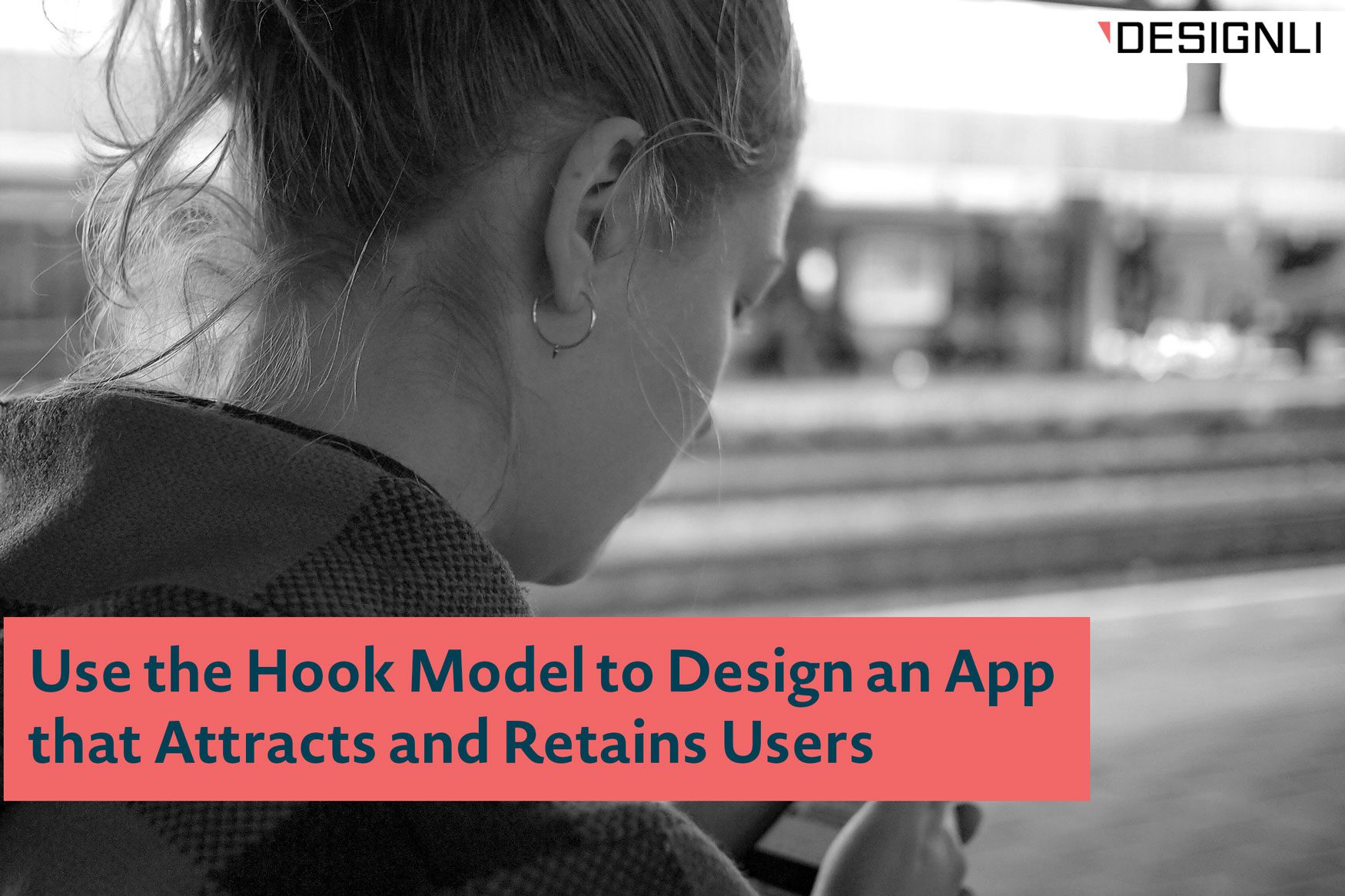 Nir Eyal knows a little something about how successful products draw in users and keep them coming back for more. He’s the author behind the best-selling title, Hooked: How To Build Habit-Forming Products. In the book, he unpacks his Hook Model, a four-step cyclical model for creating products that encourage a habit-forming level of engagement. The complete cycle consists of an initial trigger, an action, a variable reward, and finally a push to continued use. The Hook Model works with any product that relies on frequent user engagement. But it’s particularly useful to design an app that attracts and retains users.

Typically, apps deliver the most ROI to their developers when users are engaging on a daily basis. Self-sustaining growth only becomes possible when users have formed habits around the use of the technology. That’s where the Hook Model provides such a valuable framework for developers to use when designing their products.

One company that’s successfully integrated the principles of the Hook Model into their product is TripAdvisor. With over 460 million users and 7 million+ hotels, restaurants, and attractions that have been reviewed, TripAdvisor has successfully kept reviewers engaged and coming back for more. Let’s take a look at how they did it with the principles of the Hook Model.

TripAdvisor is anywhere and everywhere when it comes to travel. If you’ve ever looked for a hotel in a town you were scheduled to visit or planned an activity while traveling, chances are TripAdvisor played a part in making the magic happen.

In the Hook Model, external triggers to use a product combine with internal triggers that also prompt usage. The TripAdvisor app has become a primary resource for travelers because the creators successfully integrated both types of triggers.

The need to find a restaurant, hotel, or activity is a trigger that prompts users to pull up the TripAdvisor app. There’s also the natural human tendency to pay it forward. People want to contribute to something that has been helpful them in order to make it helpful for others. Many travelers have a desire to do a good turn to someone who’s created an amazing experience or a hotel who rolled out the red carpet to make their stay a special one.

The experience itself is a trigger to pull up the TripAdvisor app and create a review. (This desire can act in reverse too, resulting in the impetus to leave not-so-good reviews. Either way, these desires are key to getting travel-minded people into the front door of the TripAdvisor community.) And once a user starts regularly using the app, internal triggers start increasing: the desire to leave more reviews to earn more rewards.

The Hook Model emphasizes simple actions that users will take in anticipation of a reward. These actions must be truly simple — complexity is not a friend of engagement. With the Tripadvisor app, the primary action is the simplest. It’s easy to look up the category of whatever it is you need, in the city you’ll be in. Additional actions are also simple. Leaving a review, voting up someone else’s review as helpful, posting a video or photo, and answering questions in a forum post all require few steps. Strong design and a well-thought-out user experience combine with intuitive steps that allow most people to complete a full review in under 5 minutes.

According to the Hook Model, the reward should be fulfilling, yet leave the user wanting more. With Tripadvisor, this is where things get interesting. Their TripCollective program is a virtual menagerie of variable rewards. Users earn TripCollective points each time they take an action like posting a photo, writing a review, or adding to a forum discussion. Each action has a preassigned point value which builds over time, allowing the user to rise in the ranks from a Level 1 to a Level 6.

In addition to accumulating points, users can earn custom badges for completing specific tasks. For example, users can only attain the Explorer badge when they’re the first to review a new hotel, restaurant, etc. Badges are also review-type specific. So if you’re a frequent restaurant reviewer you’ll be rewarded with a Restaurant Expert badge after completing a certain number of restaurant reviews. The greater quantity and more varied the reviews you post, the more opportunities for advancement and recognition become available, allowing users to gain higher status in the community.

Once someone invests in something, he or she is more willing to continue investing. This phenomenon is precisely why gambling is so addictive. You’ve already put in $100, so why not add another $25 in anticipation of winning? It’s also why people stay at jobs they hate. They’ve already invested energy into what they’re currently doing, so continuing to invest is more attractive than abandoning the job to go to another one.

The more someone uses Tripadvisor, the more likely it is that he or she will continue to use it. This is because the user has made a small investment of time. Each review, each photo, each response to a question takes a few seconds. An easy-to-understand dashboard on the user’s profile page displays how many more types of reviews or actions a user needs to take to attain the next badge. It also displays the user’s current level and points remaining to be earned before moving on to the next one. Via the profile dashboard, users can also view past reviews that contain an up-to-date tally of how many other users have tagged their review as helpful. Aggregating all of this data into a single place provides a strong incentive for users to take the next step and complete the suggested actions in order to reach the next level.

The Hook Model offers provides a valuable template for developing products that both attract and retain users. If one step in the process is missing, users are unlikely to return often, short-circuiting your chances for growing your business. Using the Hook Model at the planning stage makes integrating each step in the loop cycle easier and increases the chances of developing a final product that users will come back to often.

Want to learn more about how we integrate The Hook Model into mobile app design or talk about your project idea? Get in touch.

“Is My App Idea Any Good?” 5 Steps
prev next