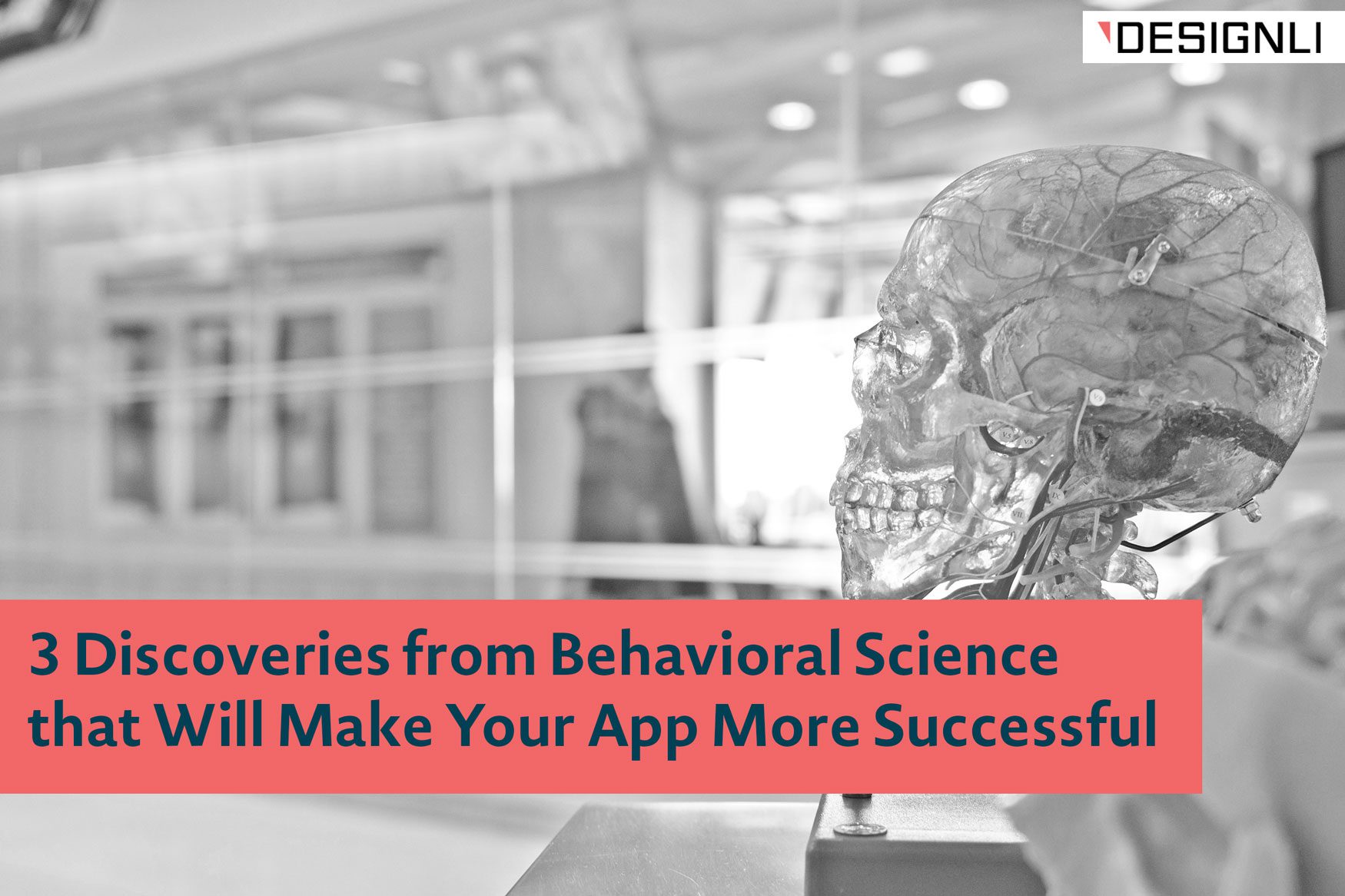 Many factors are part of the equation of an app’s success, but one of the most significant is user experience. If an app isn’t easy to use or doesn’t encourage frequent engagement, retaining users will be challenging. But what makes a UX a good one? What attracts users and draws them to continue engaging with the app on an ongoing basis? Behavioral science can help us answer these questions. In this post, we’ll explore three discoveries from behavioral science that will make your app more successful.

In today’s world of myriad distractions, even the smallest challenges can derail a user from completing an action. Whether it’s simply human nature or a product of today’s always-on culture, people tend to take the easy route.

In 2017, researchers at University College London wanted to find out subjects’ willingness to choose harder tasks over simpler ones. The results of one of their experiments were especially startling.

For this reason, app designers should always make functions as easy and simple as possible to perform. Reduce the number of clicks required to complete an action to the absolute minimum. Pre-fill any information that you can. Allow users to create accounts via their existing Google or Facebook accounts, etc.

In the 1980s, Robert Cialdini’s work strongly asserted the impact of social proof on people’s decision-making processes. Over the following two decades, psychologists debated the level of that impact.

In a 2008 study, researchers conducted two experiments in American hotels to learn how significantly peer behavior affects others. They placed one of two signs in each half of the 190 hotel rooms in the study. One sign read, “Help save the environment by reusing your towels during your stay,” while the other read, “Join your fellow guests in saving the environment. The majority of guests in this room reuse their towels.” 44% of guests who encountered the second sign reused their towels. This number was significantly higher than the industry standard of 31%. Additional experiments used versions of the sign that more closely matched the verbiage to the individual’s social group. These signs raised the participation percentage even higher.

Make your app more successful by using social proof. Create a community and invite users to become part of it. Feature testimonials. Ask users to share their experiences with others in the app. Incorporate leaderboards. And add other socially-driven elements.

3. The Default Option is the Most Common Choice

We learned from the researchers at University College London that people tend to choose the easiest option. Additionally, people are also hardwired to avoid uncertainty. For these reasons, the default option has significant power.

For example, a 2003 study by researchers at Columbia University revealed that the number of people who agreed to be organ donors was 80% higher in countries with policies that required people to opt out rather than opt in. Interestingly, many companies and organizations have realized the significance of this effect. In 2015, Vanguard shared that 91% of new employees who were automatically enrolled in retirement plans participated in the plan. Only 42% of those who were not automatically enrolled participated.

The lesson of the default tendency is clear. If you want an app user to take a particular action, make that action the default option.

Behavioral science is rich with discoveries about human behavior that we can apply to app design to increase usage and retention. Because the success of an app depends so much on UX, app developers are wise to make integrating these principles a priority.

Want to learn how we use behavioral science in app design? Get in touch!

How The Fabulous App Uses Behavioral Design to