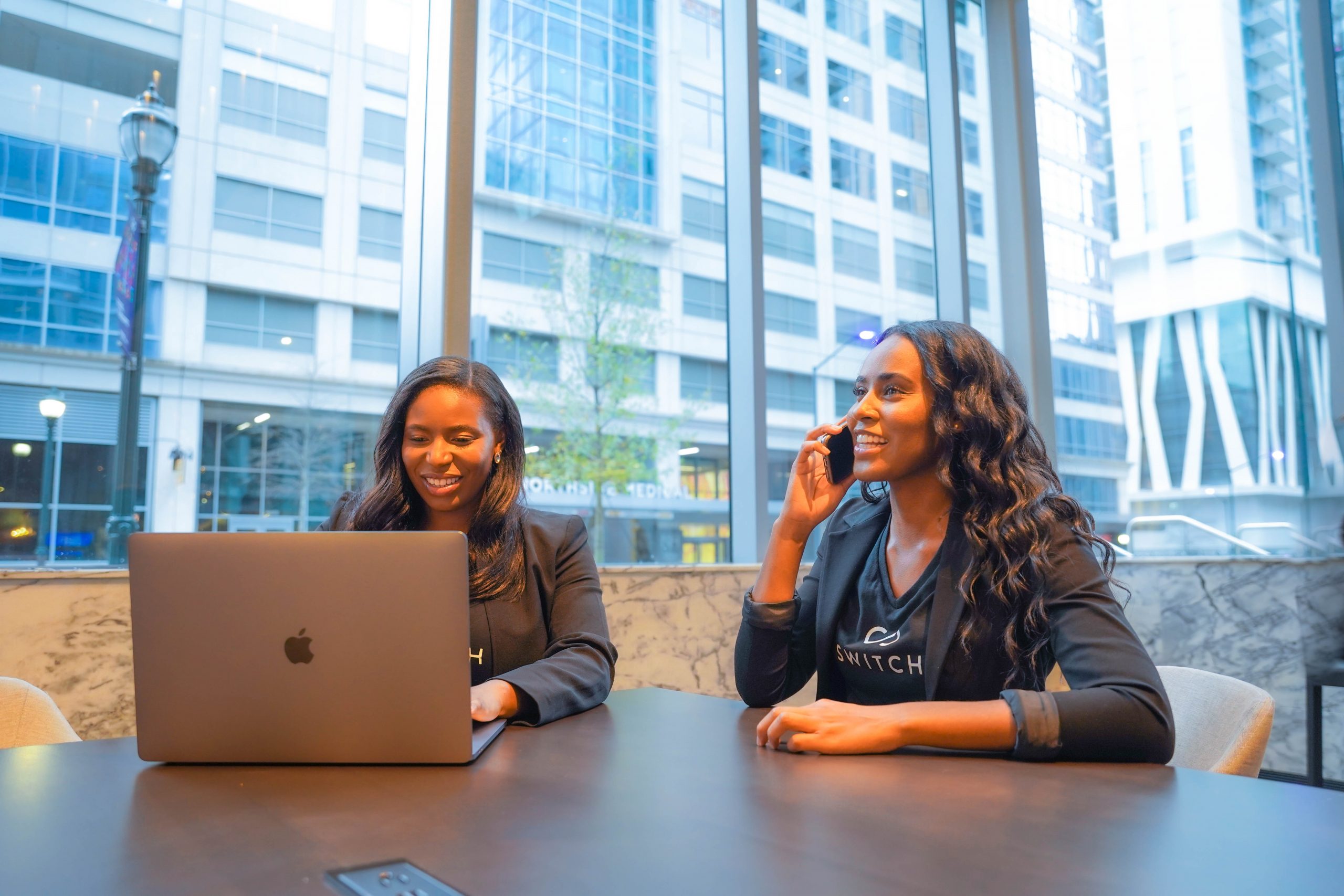 Kiana (Kiki) Mincey and Corey Staples are the minds behind the idea called Switch, a dating app similar to Clubhouse in that it’s audio-focused, and you can enter chats with the person you match with. With the popularity (and success) of Love is Blind, a reality show in which contestants meet through a wall, only able to date through having meaningful conversations with one another, their app is an excellent way for other singles to experiment with this type of connection.

When we sat down with Mincey and Staples, it was evident that the two up-and-coming app creators are long-time friends. They laughed naturally together, bonding over their shared sense of humor and sarcastic jabs at one another. They’ve gone through the SolutionLab (spec-ing) and Graphic Design & Prototyping stages with our team at Designli and are currently using their prototype to fundraise and launch the app.

Tell us a bit more about your app. How did you come up with the idea?

“I came up with the idea for Switch during fall of 2020 when I was heavily active on Clubhouse, which is an audio based social platform. While I was networking and making real connections through that app, it made me think about my own experiences on dating platforms. I realized I had been having unprompted and candid conversations with single, successful peers about shared struggles on those types of apps. It’s when I realized that a strong audio component has been missing in the current dating landscape. It’s how I formalized my idea for Switch,” Mincey said. “We want to disrupt the current dating market with a revolutionary idea—bringing a hybrid of the “old school” into “new school” dating.”

What’s the problem you’re trying to solve with Switch?

When we created Switch, we tried to answer—what’s the issue with dating apps? What’s missing in the current dating apps out there? Dating is so hard in this generation. “As I said, the current dating landscape doesn’t offer genuine connections. We’re not actually dating. It’s very rare that you’ll get to an actual conversation, let alone go on a date,” Mincey shared.

For so many users, it’s just the constant redundancy of superficial swiping, whether right or left, based on surface-level things. Half the time, you don’t even get to an actual conversation, and for many of the matches that do, so much of it is just stuck in what we call “hook up culture.”

For people who want to find a true relationship, we wanted there to be a place where they could put the conversation back at the forefront—to be able to speak to each other with that authentic speed dating experience—but with the convenience and safety of it being on their phone. It takes a lot to show up for the first time for someone you don’t know yet. Switch has the pieces that the current dating apps are missing. We think it has what people are searching for.

​​How has your initial idea changed since you first started?

“Originally, I had 3 different ideas and was leaning towards starting a fitness app. Over time the idea morphed. We felt like there were bigger grievances in that market and more room for innovation, so we pivoted to developing this new kind of dating app. I still want to eventually develop that idea after getting this first one off the ground,” Mincey shared. “But every step of the way, from collaborating with my co-founder to making specific UX decisions, the features in the app have morphed.”

What has been your biggest challenge?

Probably our naivety. We didn’t really know what we were doing or what it would take to launch an app, but we knew our idea was solid and proprietary. We’ve been learning along the way. There are pros and cons to creating and learning at the same time, and that naivety has actually served us, too.  If we had known more in the beginning, we might have been too scared to start, or we could have been much further along by now. However, we’ve enjoyed how much we’ve learned and grown during this process. The journey has been taxing but just as rewarding as well.

Catch us up to speed on where you are now in the process.

The prototype for Switch is complete, thanks to Designli, and we’ve also put together the financial projections for the next 5 years. Now we’re officially in the pre-seed phase and look to finish raising our funding by July. We’re doing this in tandem with having started our first sprint in development with a goal to have the app launched by Fall 2022.

In the meantime, we have completed an incubator program and are actively applying to accelerator programs which will provide funding and help when scaling.

The best advice we’ve been given is not to take your idea too far away from what the market is used to if you want people to use it. If you take someone too far from what they’re already doing, your product will flop because humans are lazy. That’s why we wanted to create something that would disrupt but still give the familiarity necessary for people to feel comfortable using it.

Is there anything you would tell someone else who’s considering the same path?

“It’s definitely cliché, but I would tell them to enjoy the process. Also, to dive completely in and be sold out to it. You have to understand it will be tough, but if you genuinely believe in what you have and what you’re doing, you can overcome anything. You’ll get plenty of advice, and some of it will be contradictory to the last piece of advice you received, so it’s important to lean into your own discernment and follow that,” Staples shared. If we can do it, we think anyone can.

Follow along with Kiki and Corey on their journey to launch Switch.

Ready to pursue your entrepreneurial dream? Contact our team to learn more about the app creation process.

Willz Tolbert, Founder of Infill, Tells His Startup
prev next