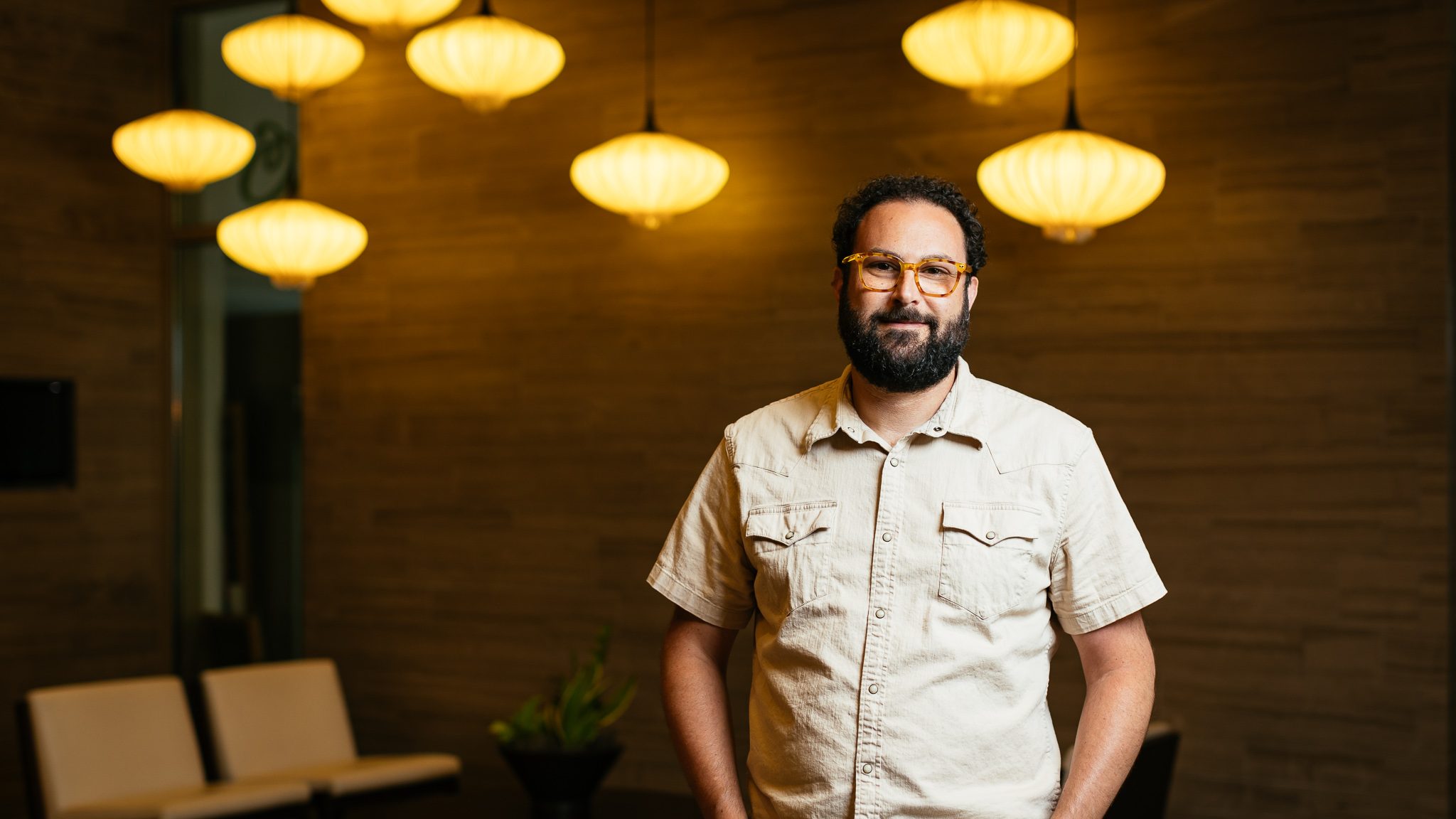 Eric Cooperman was Tired of Dealing with Spoiled Products Due to Issues in Shipping, so He Invented Bottle Titan to Answer the Question, “What is Happening to My Products Right Now?”

We recently sat down with Eric Cooperman, founder of Bottle Titan, to discuss how he went from a thriving career in the hospitality industry—working as an advanced sommelier and growing the wine program at The Cliffs into a multi million-dollar arm of their business—to running a tech startup.

There’s no doubt that Eric Cooperman knows his wine. In fact, it was through his advanced knowledge of what wine should (and shouldn’t) taste like, that he uncovered a massive issue in the beverage distribution industry. An issue he’s passionate about not just calling out—but actually fixing.

Eric, we know you know wine, but do you also have a background in business or tech?

No, I fell into this. I truly have a heart for hospitality and love studying for certifications in wine. So, stepping away from something I had been in for 25 years and starting a tech company when I didn’t have any experience in that sector was so far from anything I thought would happen in my career.

But, I have a dream and vision, so I’m surrounding myself with people who know much more about this subject than I do. I’m fortunate that there’s a huge push for entrepreneurs in my local community in the Upstate of South Carolina right now, and the entrepreneurial ecosystem here is booming. So with that, I’ve been able to have great mentors and advisors around me who help guide me into knowing what the map looks like.

Tell us—how did you get your big idea?

Tale as old as time—I wasn’t hired to do what I ended up doing at The Cliffs. But I saw an opportunity to take the purchasing power of all 7 of their clubs and use that as a strength to create a situation where The Cliffs became one of the strongest wine buyers in the state. I also started a brand new retail arm that sold wine to the club members at retail, which added even more purchasing power to the overall brand, making it a million-dollar arm of the business.

During that time, as I was on the floor selling wine and leading that venture, I noticed some of the wine was just not up to par. However, I knew it wasn’t the winemaker who was doing anything wrong. I knew them and their style of wine—but it just tasted different. I also knew members who traveled to Napa or Italy and noticed the wine tasted better when they were there. Part of that is, of course, the magic and essence of traveling, but there was also some factual truth to it. Physically transporting wine across an ocean leaves a lot of environmental unknowns which can contribute to a degradation of quality.

What’s the problem you’re trying to solve with Bottle Titan?

There is something that happens to beer and wine when it is produced in Europe and then shipped to the U.S.

It’s why many European breweries have manufacturing and distribution branches here in the United States—because the quality control and monitoring of the cold supply are nearly impossible when traveling overseas. They realized the shorter the distance, the better for higher quality.

The biggest realization I had while working at The Cliffs was that there is a problem with quality control with wine. And while a brewery can make a location in the United States, wineries simply cannot. A winery in Italy can’t set up in the U.S. and make the same wine they do there with the climate and soil we have here.

That’s why it’s extremely important to ensure that we’re protecting the quality and legacy of a winery that may be in its 15th generation of producing the same style of wine. We want to ensure that the bottle doesn’t get to market holding anything but the great quality wine they produce.

How does Bottle Titan solve this major issue?

The reality is that about 4-5% of cargo is damaged annually, resulting in a 128 billion dollar loss—that’s staggering. If we could just prevent 1% of that by providing more pertinent feedback to the carriers and sakeholders, that’s when we create a better system for the industry instead of just pointing out a problem. That’s where my service heart comes in. I don’t just want to say, “XYZ Carrier. Don’t use them.” I want to educate the carrier about what happened and the measures they need to stick by to succeed.

A doctor doesn’t look at a patient and say, “It looks like you broke your arm, ” then send them out of their office. They reset the arm, put a bandage or a cast on it, and make sure everything is okay as it heals. That’s really what Bottle Titan does. We’re not just exposing an issue—we’re fixing it.

How will Bottle Titan do that?

Bottle Titan is a platform for beverage distribution. Each client has a login and a map to track their shipment devices. Each client can have as much clarity as they want, depending on how many shipments they have and how many devices they’re monitoring within those shipments.

We can monitor anything from 1 device per container, with a generalized view of what that container is doing, to one per truck, to one per case, to one per bottle. The client can see those devices on a map within our platform. Those devices send information back about the environment and location of the device to let them know that everything is okay—or that there’s some sort of problem. If there is a problem, the client is alerted that, for example, there’s a drop (or an increase) in temperature, and it lets the client know that if the issue continues, there could be potential damage. This provides the potential to catch a problem in time to save the shipment.

Has your initial idea changed since you first started?

It has definitely changed a ton. One of the things early entrepreneurs experience all the time is their initial vision isn’t always the one they end up with.

I actually had a meeting with a potential client who opened the meeting by telling me all the reasons this idea wouldn’t work. It ended up being the best feedback I’ve gotten since I started.

I’ve learned sometimes it’s best to just shut up and let the customer talk—and to really listen to them. By listening to him, we are now way better off. It turns out that beer is transported very differently from wine and liquor.

We initially had a very narrow view of our idea and of the company—and that’s changed because of great feedback. This product now has a much wider scale than just the initial environmental factor.

What’s one thing you’ve had to learn on this journey that was difficult?

Allowing myself to surrender to the fact that I don’t know everything.

The internal ego wants to and needs to know everything—and then pushes you to put up a front like you do, either because of imposter syndrome or the need to be in control.

But his venture has really allowed me to say, “I dont know what I don’t know, I don’t know what’s ahead, and I need help.” Those three things are probably the hardest for anyone to say. But they’re life-changing.

When you think about success, what does it look like for you?

I haven’t even thought about success because I’ve been working hard to get this thing up and running.

For me, I think success would be being able to build a really strong culture, employ a team around this idea, and support real people and real families.

Ready to pursue your entrepreneurial dream? Contact our team to learn more about the app/software creation process.

« 20 Pros and Cons of Building a Mobile App vs. a Web App
Greenville Entrepreneur Paige McPheely on Raising a $2.6MM Seed Round »

Eric Kunisawa, Founder of Grappos, Shares His Successful
prev next