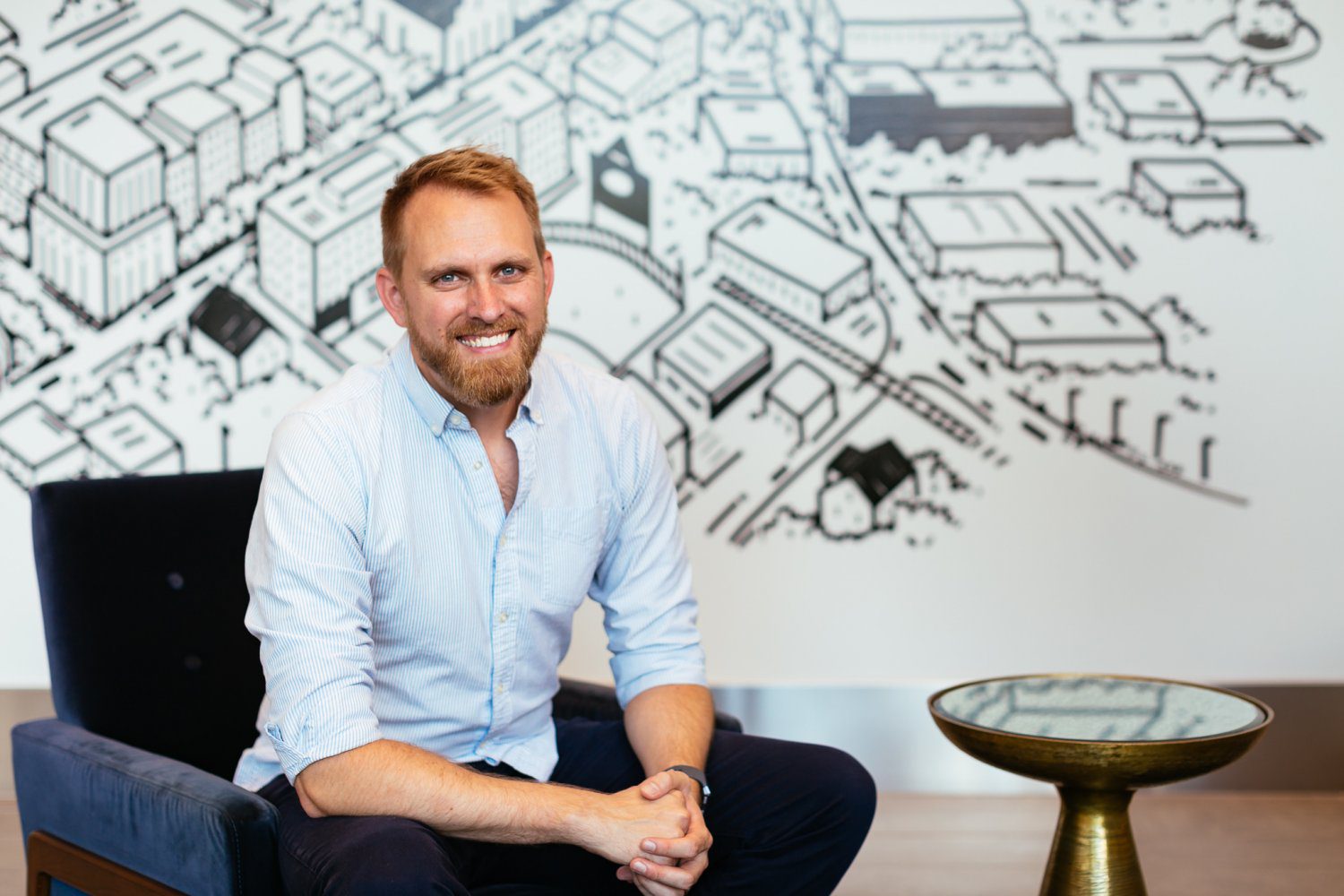 This post is part of Designli’s “Entrepreneurial Insights” series – where we profile South Carolina’s most successful entrepreneurs, discuss topics that are critical to business-building, and pass those insights to today’s founders and business leaders.

As a self-taught developer who built dozens of apps in the early 2000s, Justin Rockwell has never accepted “good enough” as an answer.

When he started having to write checks for his various business ventures, he couldn’t understand why the process was so cumbersome. He thought it was ridiculous that you had to pay $50 for a pack of special paper and fancy ink.

As a workaround, he started creating check templates in Photoshop. After creating the basic layout, he would edit the information and print the image on top of blank check stock paper.

For an entrepreneur like Rockwell, even that solution didn’t cut it. So he set out to build a simple drag and drop widget that allowed people to design and print their own checks online. Thinking that others could benefit from the tool, he opened it up to the public and allowed people to sign up for free.

His instinct was accurate. People started to sign up left and right  – before he had even begun testing the market or promoting the application. “Checkeeper was built out of necessity,” Rockwell says. “I’m a firm believer that the best businesses are started this way.”

Now, nine years later, Checkeeper (https://checkeeper.com/) has thousands of paying customers – business owners, bookkeepers, and individuals – across the country. According to Rockwell, Checkeeper’s success is an indicator that “disruption” isn’t always the answer.

“I think Checkeeper is a reminder that businesses and individuals still want checks,” Rockwell says. “They’re going to find a way to still use checks. Our solution just offers a more efficient, high tech way to do what they’ve always done.”

Ultimately, he sees Checkeeper as a bridge between the old and the new. “We’re not disrupting anything,” he says. “We’re just encouraging the next evolution.”

However, the financial tech industry is a competitive one, and it’s filled with lots of industry stalwarts who believe the “old way” is the right way. Rockwell says he gets the most pushback on the fact that Checkeeper allows users to print their checks on normal computer paper.

“We’ve been encouraging people to just use blank paper instead of paying for a pack of cardstock,” Rockwell explains. Contrary to popular belief, checks printed on normal paper are just as valid – and safe – as those printed on stock paper.

Fortunately, Rockwell has managed to avoid the local banks and investment networks that raise these kinds of objections. “Many investors in the Southeast are just scared of new things,” he notes.

That’s why Rockwell made the decision early on to not be reliant on people locally – in Greenville, SC – for the growth of his business. He built Checkeeper as a national firm so that it wouldn’t be tethered to any one specific location.

Ultimately, however, Rockwell is thankful for Checkeeper’s Greenville roots. He advises other entrepreneurs not to get caught up in the fact that Greenville isn’t a big tech hub or VC hotspot.

“If you filter out the noise,” he says, “you’ll find that there is a good group of tech entrepreneurs here that you can network with and have camaraderie with to help grow your business.”

He is quick to note that there are many other pragmatic advantages to starting a tech business in Greenville. “Technical talent may be hard to find around here,” Rockwell notes, “but it’s also inexpensive compared to other states – especially for developers.”

Proximity to bigger cities (like Atlanta, Charlotte, and Columbia) and affordable office space are two other major bonuses – although Rockwell notes the latter might not hold as much weight in a post-COVID world.

Normally, Rockwell is a big fan of working remotely, but he is nervous about how work-from-home will impact his small, quickly growing team. “For startups,” he says, “working remotely isn’t ideal. It’s hard to build that culture of collaboration and brainstorming that you get from being together in an office.”

Instead of accepting this tradeoff, Rockwell has built protocols to help boost team morale and improve connection and communication amidst the pandemic.

One of Rockwell’s favorite tools is a Slack plug-in that pings employees every morning to ask how they are doing. “It’s the best way to evaluate the emotions of your employees in real-time,” he says. “No one wants to approach the boss and complain that they’re having bad day.”

Ultimately, Rockwell believes that adapting to remote work is just about trying, testing, and iterating on new systems and processes. This “just do it” mindset is a big part of what has made Checkeeper what it is today.

Rockwell attributes much of Checkeeper’s success to his team’s ability to act quickly and smartly. “With our product, we always take the mindset of ‘Let’s just build it and see what happens,’” he says. “If it doesn’t work great the first time, that’s ok – we’ll fix it down the road.”

He notes that too many entrepreneurs are hyper-focused on making things perfect. “Your product is never going to be perfect,” he warns. “Getting caught up in that prevents your product from getting to awesome.” Rockwells says the name of the game is just throwing a lot of things at the wall and seeing what sticks.

For Checkeeper, that approach has certainly paid off.

“This method has grown Checkeeper to a $1MM application,” Rockwell states. “It has proven that persistently pushing forward, even in small increments, pays off.”

Follow Justin on LinkedIn, or visit Checkeeper on the web at Checkeeper.com.

10Best.com and EnVeritas Group Founder Brice Bay on
prev next