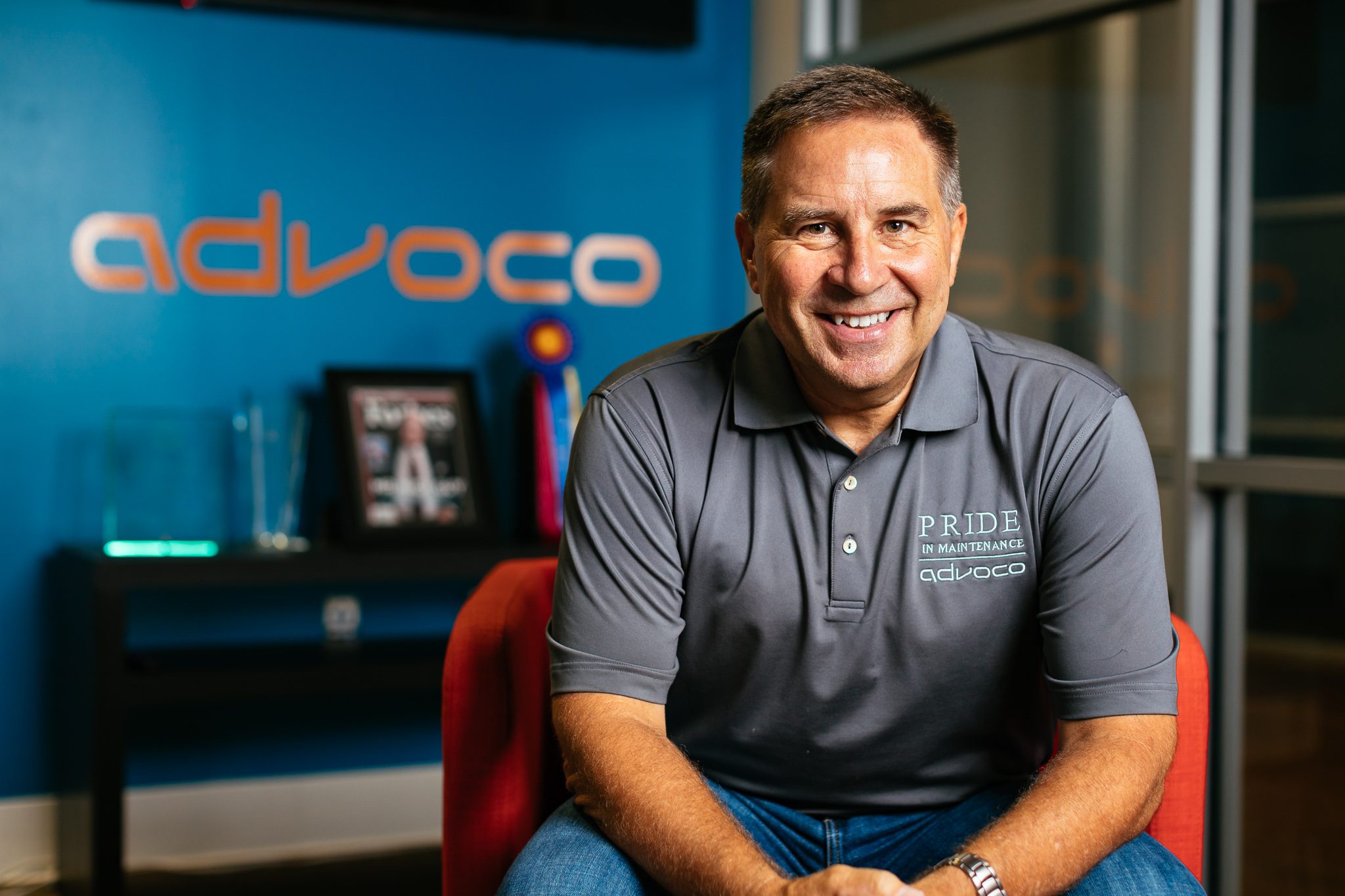 Advoco President Marty Osborn explains how to build a culture of trust, hard work, and fun.

It’s no surprise that Advoco won the #1 “Best Company to Work For in South Carolina” two years in a row, or that it was selected as a “Forbes Small Giant” in 2019. On the surface, you might think this has something to do with the all-team trips to the Caribbean and wine-making expeditions in Sonoma (more on that later).

But these incentives are only a small part of what makes Advoco such a special place to work. They are building blocks of a much larger, master plan.

At the center of this master plan is Marty Osborn. As President of Advoco, Osborn has led the company according to a single guiding principle – in his words, how do I build a company I want to work for?

“I was tired of working for jerks,” Osborn admits. “That was really the genesis of Advoco – I wanted to build a company I wanted to work for.”

This may seem like an obvious idea, but Osborn has noticed that it’s not the norm for many executives. “I see these work events where the ‘Kings’ and ‘Queens’ show up, grace employees with their presence, and then leave,” Osborn says. “If this is your company, and you truly believe it’s the best place to work, why would you not stay until the end?”

It’s a running joke at Advoco that Osborn and his partners – Steve Brindle and Paul Cowley – are always the last ones to leave company parties. Osborn is quick to add that he wouldn’t be where he is today without their guidance and support.

According to Osborn, too many leaders think that establishing a healthy team culture is as simple as writing a series of dos and don’ts on the conference room whiteboard. In his work at Advoco, Osborn sees culture as a growing, evolving thing that requires careful attention and constant work.

His secret to success? Building trust. “I think the #1 challenge people have in scaling a business is that they believe they are more important than they are, and they won’t let go of control,” Osborn says. “As a company leader, you have to trust your people.”

Osborn explains that the “journey of trust” in an organization begins with the hiring process – which, for Advoco, is a series of 15 interviews. “I know it sounds crazy,” he admits, “but it’s all by design. Advoco is a lifestyle, not a job. If someone isn’t bought in, we move on.”

Once a new employee is onboarded, Osborn says company leaders must trust that person to do his or her work – without constantly poking and prodding and looking over shoulders. In fact, as the unofficial “Chief Reminding Officer” at Advoco, Osborn defines success as not having to reinforce guidelines or micromanage his team. “We hired you to do your work,” he explains, “you’re going to do your work.”

Instead of micromanaging, Osborn believes it’s his responsibility to continue creating new challenges and “puzzles” that inspire hard work organically.

Osborn stipulates, however, that building trust in your company extends much deeper than just trusting your employees to do their work. Another key component is making sure everyone on your team feels “psychologically safe.”

“Employees have to be able to speak up and speak their minds, and leaders must be willing to hear that,” he states. What’s equally important, according to Osborn, is that leaders not single out employees when they make a mistake.

“At Advoco, it’s never a matter of whose fault something is,” he says. “Too many people want to blame. All that matters to us is doing what’s right and fixing the problem.”

Nowhere is this “all in” culture more apparent than Advoco’s annual President’s Club trips. Unlike many companies where lavish club trips are designed for only the highest-grossing sales executives, the President’s Club at Advoco is designed as a teamwide incentive.

When Advoco’s executive team started the program six years ago, they decided that if the company hit their annual target, they would take the entire team – and their spouses – to the Caribbean. If they didn’t hit the target, no one would go.

“Think about it,” Osborn says. “If your soccer team loses, it doesn’t matter if one guy hits his two goals. You win as a team, or you lose as a team.” This mindset clearly holds merit – Advoco has hit the annual target every year but one. And as a result, the team has had the opportunity to travel to exciting destinations like Mexico, the Bahamas, and the Dominican Republic.

In fact, every September, Osborn invites customers and employees to come out to Sonoma, pick grapes, and make wine together at his business partner’s vineyard. “For me, everything ties back into the question: how do we become the company that’s easy and fun to work with?”

Osborn spends a great deal of his time and energy seeking answers to hard questions like this – all because he wants to see Advoco grow into its full potential. But what is truly outstanding is that he focuses just as much of his effort on bettering himself as a leader so that he can help bring this potential to life.

“I’m a huge junkie for books and authors and studying things,” he proclaims. “I believe leaders are readers.” Nowhere is this conviction more evident than in Marty’s Minute, a collection of short-form articles and resources on topics including business, team culture, and personal development. The blog started as part of a marketing campaign for Advoco, but it now serves as a catalog of wisdom and inspiration for business leaders across the nation.

Not even the COVID-19 crisis has dampened Osborn’s brilliance as a leader. If anything, the pandemic has accentuated it.

When Advoco made the tough decision in May to move their annual user conference to an online format, Osborn decided to use the $15K in unused catering funds to distribute meals to the community. Today, the program (Connect for Good GVL – a partnership between Advoco and Table 301) has donated over 12,000 boxed meals to local organizations impacted by COVID-19.

“We’re a company of giving,” Osborn explains. “We’ve built a great company and a great customer base. Now, it’s time to build a legacy.”

Follow Marty’s business at Advoco.com, his insights at Marty’s Minute, and his posts on LinkedIn.

Craig Kinley on Stepping Away from Corporate America

Eric Dodds on Using Data to Drive Growth,
prev next