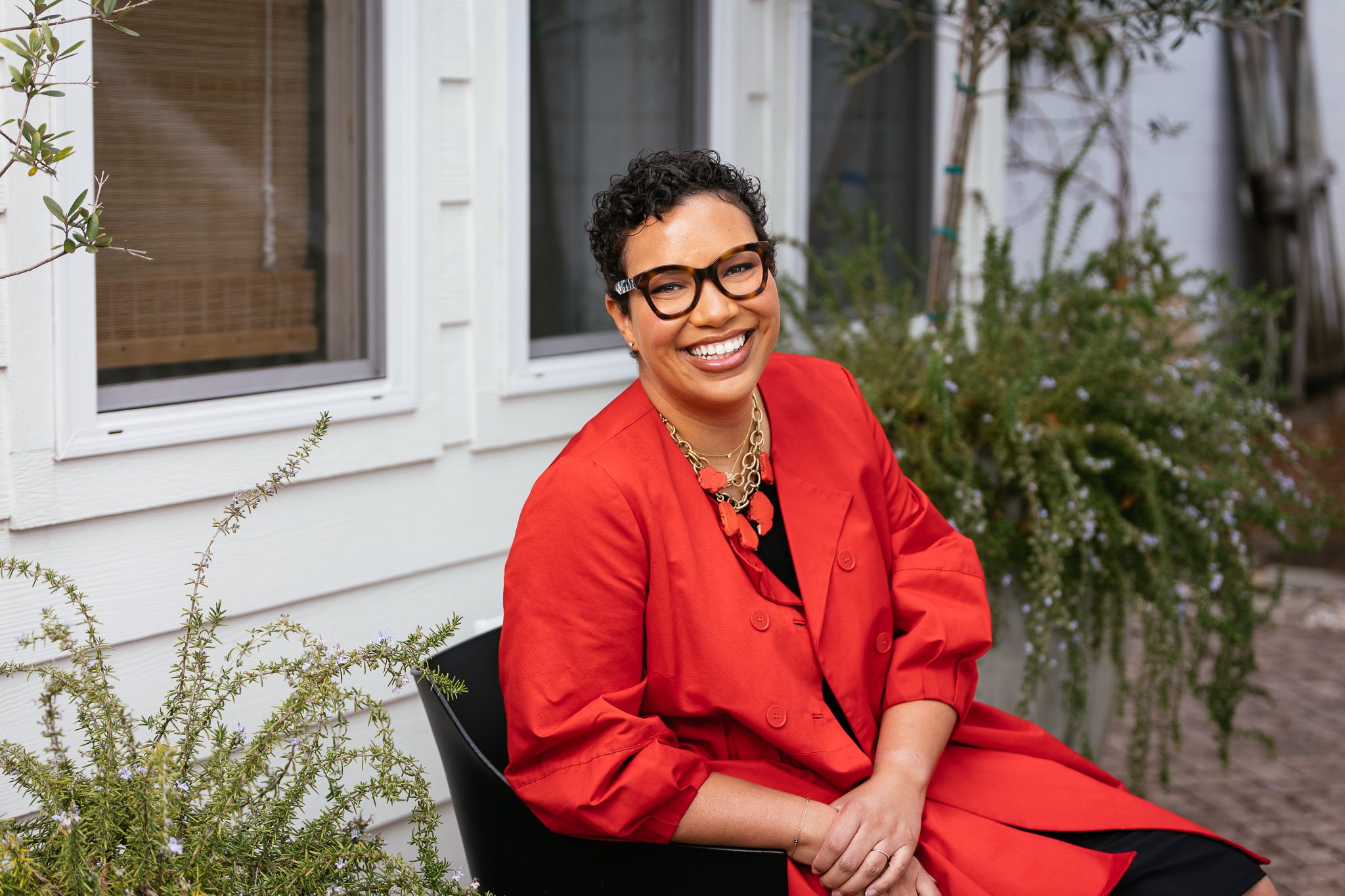 Being a Black female entrepreneur in America can come with extreme obstacles. Yet Kenzie Biggins was able to launch and scale her business by first knowing exactly who she is and then building a strong work culture around her core values.

Recently Interviewed by 60 Minutes, Kenzie Biggins is the founder and CEO of Worxbee, a rapidly growing company that pairs remote Executive Assistants with individuals or companies who need administrative help. She was placing virtual assistants long before the pandemic made it necessary, and #WFH life became the norm. Biggins was way ahead of the curve.

Upon graduating with her Master’s from SCAD, Biggins felt the weight of student loans and culture pushing her to jump into corporate America, but she knew she wanted more.

With a love for supporting small businesses, she founded a social media agency. During this time, Biggins was chatting with an executive for Coca-Cola who was retiring and venting about not knowing how hard the day-to-day would be without support, when Biggins’ interest is sparked. Over time, the idea continued to grow and take form in her mind. “I was faced with the decision to continue running a small, successful social media agency or pursue a visionary idea that could be scaled to the point of actually making a huge impact on hundreds, or potentially thousands, of women,” Biggins recalls. When she couldn’t shake the idea of the latter, she decided to launch Worxbee.

Although many entrepreneurs say taking the leap from a safe bet into their dream business was a no-brainer, Biggins’ perspective is a bit different. Obtaining startup capital as a Black female with nothing more than an idea was unlikely, so she would have to bootstrap the entire thing. She shares, “Black women are starting businesses faster than any other demographic, but at a very low success rate, with less than 2% of Black women entrepreneurs ever reaching 1 million in revenue.” Nevertheless, as she considered her options, she knew what she was supposed to do.“ On a wish and a prayer and a whim, I decided to move forward in hopes that I would be able to pay off these student loans one day,” Biggins laughed.

From the day that Biggins launched Worxbee, she knew it wouldn’t be easy. “Everybody likes to talk about the sexiness of entrepreneurial life, but not many people share about the sacrifices, especially as a Black female entrepreneur,” Biggins notes. “I don’t have kids, but if I did, I can’t imagine that I’d encourage them to be entrepreneurs.”

As a born and raised Atlanta native, she grew up in communities where Black people were represented in positions of decision and power. However, Biggins was keenly aware of the difficulties for startups and small businesses in Atlanta, which caters towards larger corporate businesses. With her heart set on this new venture, Biggins began researching the best place to make it happen, and Greenville, S.C. was top of the list. She visited in late December 2016, and by January, she had moved to be part of the Greenville Chamber’s Minority Business Accelerator program. “As a black woman, I sometimes fear the spotlight because of racist attacks. Moving from Atlanta to Greenville made me really confront that fear,” Biggins shares. But she believes as a whole, there is more diverse leadership moving into Greenville. Biggins emotionally recalls that recently a Black woman walked up to her and wrapped her in a hug to congratulate her for being the first Black woman featured on the cover of Town magazine.

The guidance of the Greenville Chamber’s Minority Business Accelerator program significantly propelled her entrepreneurial journey. Still, the nature of the COVID-19 pandemic also allowed her business to scale exponentially. She went from placing a few EAs a month to “quite a bit more, to say the least.”

Biggins attributes the success of Worxbee—from its earliest days to the now exponential growth—to the strong culture, which is intentionally made apparent to potential candidates as early as the interview process. While some corporations recruit employees by making big promises, Biggins says that they aim to intentionally sift through candidates to find people who aren’t truly aligned with the company’s culture. ”Our culture will weed people out, from the interview process to everyday processes,” Biggins says.

For Biggins, culture begins outside of the four walls of her business. She believes the most important attribute to a candidate is that they already embody the vision and core values before they ever walk in the door. She holds the belief that you shouldn’t have to put on a persona to get into a job—that if it isn’t who you really are, you won’t be able to keep up the persona for very long. “Culture can’t live within your four walls; it has to be an embodiment of who you are as a person,” Biggins shares.

She says Worxbee’s core values have stood the test of time because they are largely based on who she is as a person. “I have this firm belief that if you’re starting a business, your core values can’t be the complete opposite of who you actually are as a person. How can you embody company values or successfully lead the culture when it feels awkward or fake, almost like you have to put on a costume every time you come into work?” Biggins asks.

In fact, she took this approach when initially creating her company’s core values. Biggins admitted that she felt external pressure as a female business owner to make her company’s culture “cuddly and feminine.” Anyone who has met Kenzie Biggins knows that there’s so much more to her than being a woman. So she set her mind on establishing an authentic culture that truly expressed what she hoped her company would achieve.

She attributes her skillful forethought in areas such as this to her superpower of Dyslexia, which others may have called a disability.  “While so many corporations push their employees to think outside the box, it just comes naturally to me. I always think a little differently,” she laughs.

“There are phases and milestones when scaling a business. If you compare it to scaling a mountain—when you get to each different summit, you realize the journey to the next summit is completely different than the one you just scaled,” Biggins explains. While many entrepreneurs get stuck in growth phases, Biggins is able to pivot and envision new processes naturally.

With a curated team, healthy internal operational systems, and a strong company culture, Kenzie Biggins is scaling mountaintop after mountaintop, changing the game while inspiring those around her by embodying her truest expression of self.

Follow Kenzie and her story on LinkedIn, or find Worxbee on the web at Worxbee.com