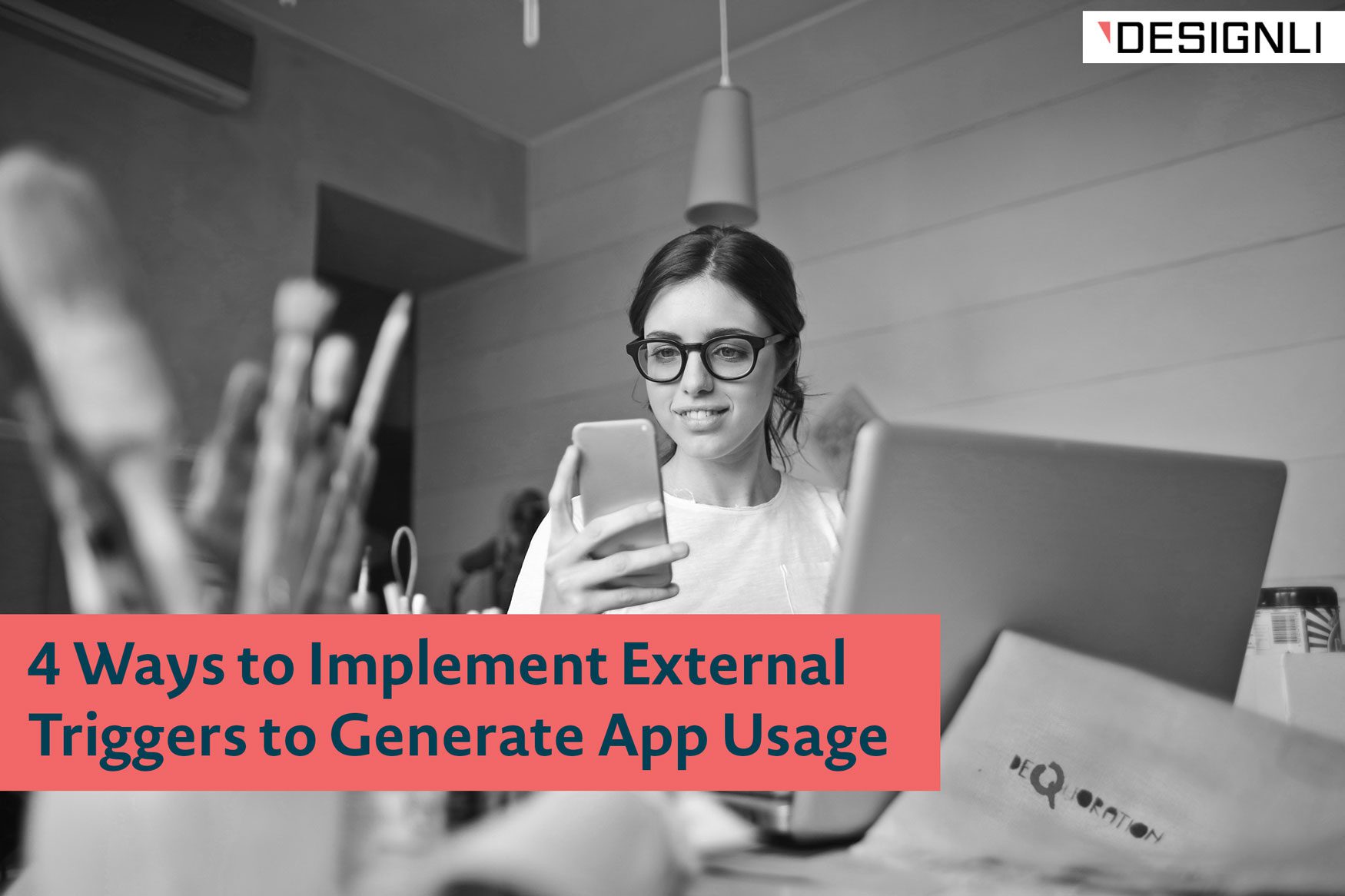 Triggers are the things we encounter during the course of a day that cause us to take action. These triggers come in range of different forms — everything from hunger pangs to the buzz of a phone. They can be categorized into two main types: external and internal. External triggers are alerts (such as emails and app notifications) that interrupt us and prompt us to do something. They’re what Nir Eyal describes as “hooks” which eventually become associated with internal triggers driven by emotion. Developers can implement external triggers to generate app usage, creating a group of core customers.

When your app is new and relatively unknown by your target audience, you can benefit significantly from external triggers. You have a huge hurdle to overcome: the glut of existing apps and the difficulty of getting found by the people who are ideal customers. External triggers can help these people find, download, and use your app.

External triggers come in four varieties: paid, earned, relationship, and owned. In this post, we’ll look at each one and how you can deploy them to boost app usage.

Paid triggers most often take the form of a paid ad placement on television, radio, publications, billboards, search engines, websites, or social media platforms. They’re short-lived ways of prompting action from prospective users, but they do have a place. They can be valuable for jump-starting an app marketing initiative to generate some initial traction. But the cost involved with deploying many of these triggers limits most start-ups from being able to use them long term.

Rather than simply shelling out cash for additional eyeballs, earned triggers involve a different type of investment. Earned triggers are those that you spend time and effort to create. Media mentions and viral videos that bring a flash of attention to your product are good examples of earned triggers. The downside of earned triggers is that, like paid triggers, they’re short-lived. They’re also unpredictable. While they’re worth pursuing, you won’t want to rely on them for these reasons.

Ever since humans developed the ability to communicate through language, word of mouth has been powerful. It’s one of the best ways to increase product adoption. In today’s world, word of mouth can take a variety of forms. Users might simply tell a family member, coworker, or friend about your app, prompting them to download it. Online, users may share your app on their social media channels, email a link to someone they know, or share in an online forum. People may also find out about your app through social media likes, event attendance notifications, or other online activities. You can encourage word of mouth by making it easy for users to share your app or talk about it online.

Owned triggers are the holy grail of external triggers. With owned triggers, people are actively inviting your triggers in as a part of their everyday lives. These include things like a weekly email newsletter, podcast subscription, or app notifications that users have turned on. Owned triggers are so valuable because they occupy a place in the day-to-day activities of users. They’re more likely to be seen, more successful in prompting daily engagement, and they more quickly form habits that keep users engaged with your app.

App developers can boost their marketing success by thinking about how they could take advantage of each of these types of triggers. It’s important to target a mix of triggers, even as you pursue the ultra-valuable owned triggers that will draw customers into consistent usage.

Want to learn more about how we integrate behavioral design into our apps or talk about your project idea? Get in touch.

« Use “The Habit Zone” to Increase the Customer Lifetime Value of Your App Users
Software Developers in Greenville, SC: A Highlight of Our Local Clients »

Launching Your App on iOS or Android: Which
prev next