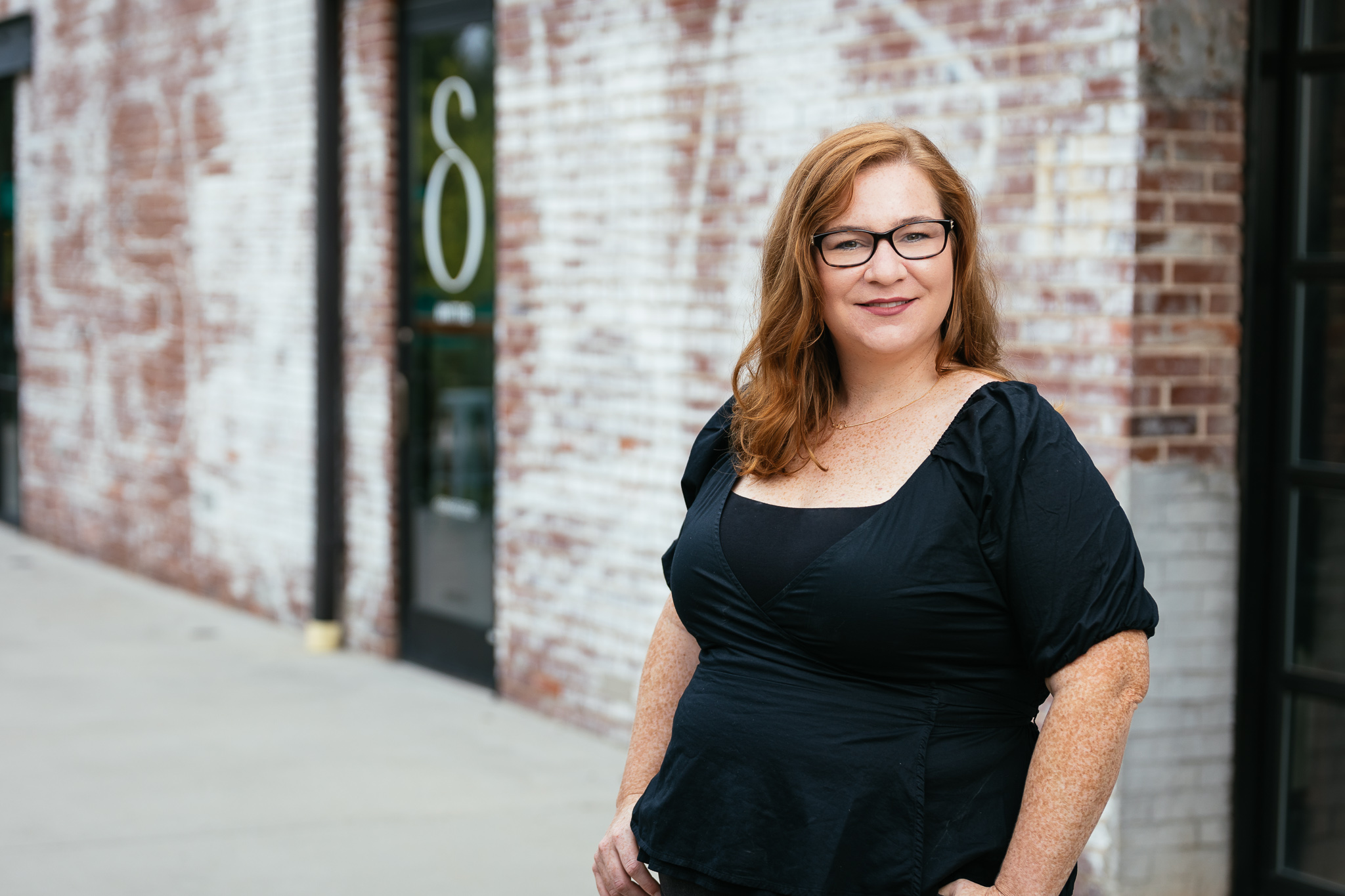 After leaving a highly successful corporate career to pursue her passion, Joanna Reese found purpose and inspiration in helping others find their voice.

Joanna Reese has already conquered the corporate world, launched her own full-service marketing agency, married her high school sweetheart, founded an international nonprofit, lived abroad, and taught marketing classes—all while raising three children—so it seems hard to believe she’s only 32 years old. “I’ve always lived my life in overdrive. Once I set a goal, I can’t stop until I achieve it,” Reese explains. “And once I do, I’m ready for the next one!”

Reflecting on her first post-graduation corporate job, Reese remembers her competitive nature mixed with the insatiable allure of advancement in Corporate America, resulting in promotion after promotion. On the outside, she was on the fast track toward a fulfilling and successful career. However, Reese found herself increasingly discontent with the path she was on and longed for her life to have a more significant impact. “Every time I would level up, so to speak, I thought… Well, I hate this a little bit more today,” she says.

A desire to impact the world more meaningfully gave Reese the courage she needed to take a 6-figure pay cut and quit that corporate job. She spent the next few years recovering from burnout by teaching English overseas and then business classes in a Title I public school in her North Carolina hometown.

During that time, Reese and her husband Anthony picked up freelance marketing projects for friends and family on the side, realizing their shared passion for entrepreneurs and small businesses. “One night, we were sitting on the porch talking about our future, and we set the goal to own a full-service marketing agency by age 45,” she says.

With this future goal burning in her mind, Reese took a sales job to move to the quickly-expanding Greenville area. As sales meetings with business owners developed into authentic friendships, she and her husband continued to land freelance opportunities. To her surprise, their dream was realized less than a year later when the workload increased so rapidly that turning their side gig into an agency felt like the right move—and Tangible Strategies was born.

Their agency quickly made a splash in the Upstate with the yin of Joanna’s whip-smart business savvy to her husband’s laid-back, creative yang. Suddenly, Reese found herself managing a team of designers, copywriters, and digital marketers only eight months after creating the 20-year plan to launch a full-service agency.

“The biggest mistake I made in those early days was hiring people just for their skills and experience,” she admits. “I didn’t have any agency experience myself, so I thought hiring employees with some would help us to create the processes we needed to grow.”

Since then, Reese has learned to place a higher emphasis on an applicant’s character above all else. “You can train a skill and find a shared interest, but someone with a good character and work ethic is hard to find,” she says with an unwavering air of assuredness. “In fact, it’s only been the times when I’ve placed hard skills over the softer life skills that I have regretted a new hire.”

It was through those mistakes that Reese came to realize her uncanny ability to read people. “Usually, within a five-minute meeting, I can know if a client would be a good fit or not for the agency.” Since leaning into that instinct, it has not led Reese astray.

In the early stages of building the agency and entering this brand new industry for her, Reese also learned quickly that traditional agency norms simply didn’t align with her values and strong desire to make a lasting impact on the world around her. She found that the standard practices in a male-dominated marketing industry typically benefited the agency—but not the client. And despite her fear that her atypical approaches may put businesses off, she decided to create her own systems and norms anyway. The result? “Client after client kept commenting how happy they were that we were nothing like their experience with other agencies,” she says.

Not fitting into a typical mold was something Reese had become accustomed to. Reese recalls feeling like a square peg in a round hole throughout her childhood, college years, and early career. However, instead of reshaping herself, she simply resolved to break the mold.

It wasn’t until she was 31, when Reese began to appreciate her “quirks,” that an explanation finally came—a diagnosis of Autism.

Finally getting an explanation for her experiences gave Reese mixed feelings, but mostly she felt relief, excitement, and clarity. She now attributes much of her success to Autism. “Professors and thought leaders constantly challenge people to think outside the box. For autistic people, our challenge is to think inside the box,” Reese laughs, noting that Autistic people are natural innovators.

Confronting negative cultural perceptions of Autism Spectrum Disorder, Reese speaks openly and often about her diagnosis in hopes of seeing the stigma dissolve in the coming years. As with most topics, the media tends to sensationalize ASD by showing nonverbal people with Level 3 Autism. “I’ve had so many people respond to my diagnosis with, ‘but you seem so normal,’ and ironically, they never seem to notice how rude that statement is,” she explains. Reese hopes that other people with high-functioning Autism will join her in representing the Autistic spectrum more inclusively.

A natural activist, Reese was eventually able to split her already limited time between her starting Tangible Strategies and another passion—women’s rights. In 2019, she founded and funded a nonprofit with the mission to educate abandoned and abused women in Honduras. In fact, she was in the process of moving overseas to help launch it when the pandemic hit.

Unsure about how COVID would impact the agency, her family’s sole income, she moved forward anyway, carefully juggling the two passions. It was her confidence in her team that ultimately allowed her to make the move. Because of those early lessons, she hired people she could trust with her business, even in her absence. “I knew they would keep things rolling whether I was in another country or not. Every one of my team members cares about our clients as much as I do.”

In Honduras, Reese developed a curriculum that involved teaching practical skills that would enable women to break the poverty cycle—everything from nutrition and hygiene to budgeting and business strategy. “Money doesn’t fix poverty; education does,” she says. She then spent the next few years developing leaders and creating the systems necessary for the nonprofit to continue to run well in her absence, allowing her to return to Greenville in 2022.

Even with a trail of significant impact in the rearview mirror, Reese still isn’t done. While supporting her marketing agency and nonprofit, Reese has begun to carve out more hours for local community involvement and writing, stating there are at least a couple of books in the works. “Whether I’m 32 or 62, and whether I have a million awards or none at all, I can’t imagine ever stopping. There is always something I can do to make the world a little better.”

Follow Joanna Reese on LinkedIn or stay up to date with Tangible Strategies here.

« Greenville Serial Entrepreneur, Michael Mino, on The Art of The Exit
Top 9 Features of a User-Friendly App »

Derek Pedersen on Committing through Uncertainty
prev next