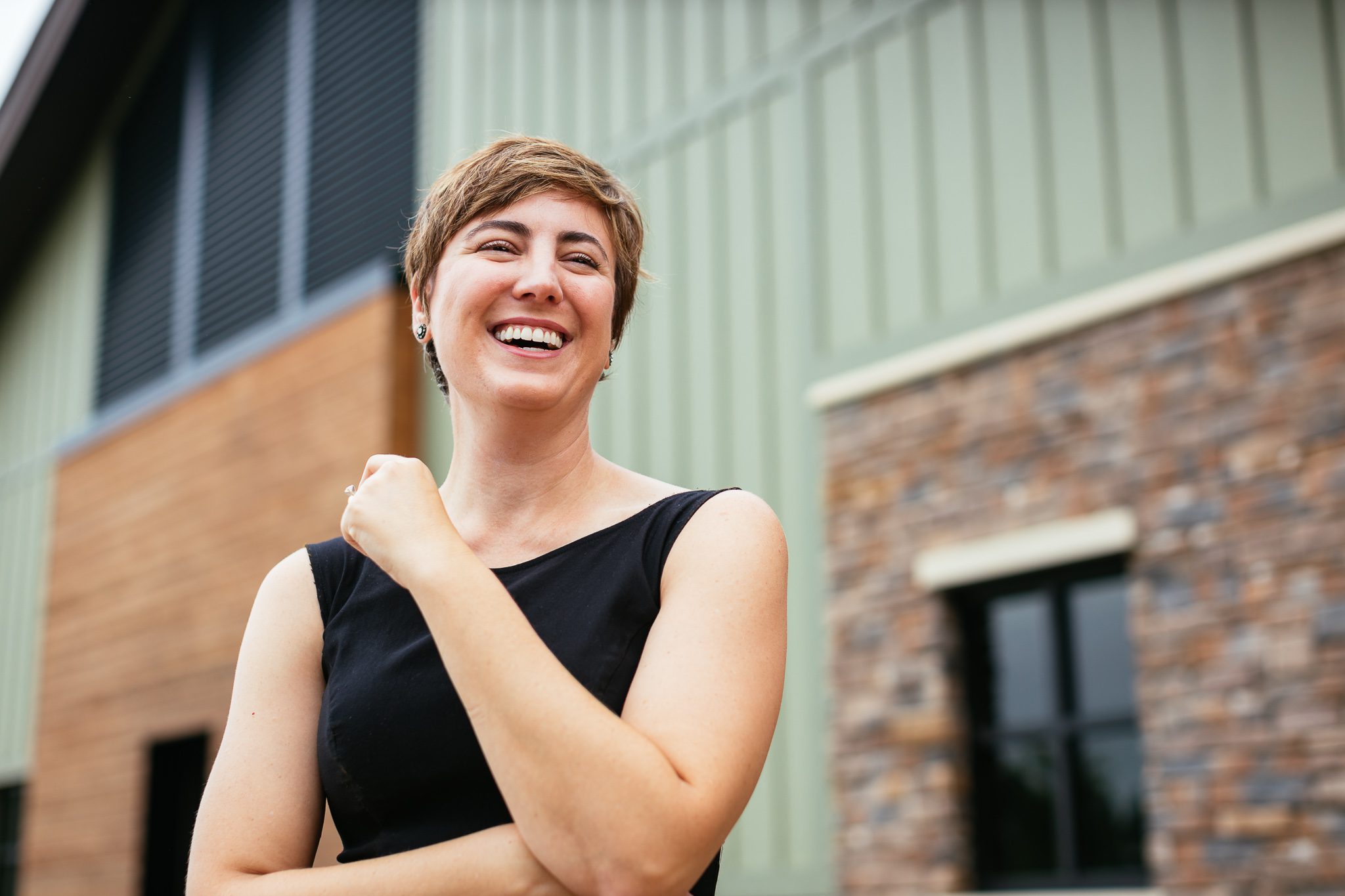 It’s no secret that Brandy Amidon is an entrepreneurial powerhouse. As the youngest and first female mayor of Travelers Rest and the Co-President/CFO of creative agency Brains on Fire, Inc., Amidon knows how to get things done.

What she didn’t know when starting her career was the untraditional way in which those things would unfold.

Originally, at age 23, Amidon joined the Brains on Fire team as a staff accountant. After a few years in the role, however, Amidon knew it was time to step back and check off one of her lifelong bucket list items: starting a business.

She decided to start a CPA firm through which she served as an outsourced CFO for small businesses, helping them plan for sustainable and healthy growth. She worked with tech firms, dentist offices, and even an ambulance sales company. But her first client was none other than Brains on Fire.

It was the perfect gig for Amidon. She loved the company and loved the people. Plus, from her time working as a staff accountant, she knew the company’s books inside and out. Amidon did such good work that eventually, the leadership team started talking to her about coming on board in a more full-time, executive capacity. She was hesitant, however, to sign up for full-time focus on Brains on Fire.

After a while, Amidon began to question why she was so resistant to the idea. “I started asking myself why are you trying to cop out?” she recollects. “Eventually I realized I was just being a chicken. I was scared of being responsible for people I cared for.”

In 2019, Amidon conquered her fears and came on board as Co-President and CFO of Brains on Fire, buying out the previous owner along with her colleague Ben Hart. The dynamic duo has now been running the company for 2.5 years, with Hart leading the creative side, Amidon leading the financial side, and both co-leading their teammates.

To Amidon’s surprise, transitioning to this new ownership role proved rather difficult. Having worked with the company for so many years, she had become intimately familiar with the team, culture, and day-to-day operations, so she expected to glide into her role with ease. Instead, she was faced with the challenge of honing in on who she was as a leader within the new organizational structure.

“There’s a huge identity exploration you have to go through in stepping into someone else’s role,” Amidon explains. “You have to ask yourself how you’re going to define yourself in that role. Do you do the same things, or do you carve out a new niche for yourself?”

For Amidon, the key was pinpointing the overlap between how she wanted to grow individually and how the Brains on Fire team wanted to evolve. The first question was easy enough for Amidon to answer. She wanted a job centered around two of her favorite things: money and people. CFO was a natural fit because she could witness growth of the team from both angles.

The second piece of the puzzle, the evolution of a mature company, was more difficult to uncover.

After collecting all of this feedback, they put together a leadership team to distill the results into a revised set of company values, goals, and rules so that everyone could move forward with a shared understanding of what it meant to be part of the Brains on Fire team.

“It was a reinvention,” Amidon says. “And instead of us telling everyone what Brains on Fire should look like, we all mapped out a plan together.”

Amidon has found that this sort of teamwork is equally important in her role as Mayor of Travelers Rest, where she serves on the Council with eight other members. “You have to carry your team with you in decision making. Even when you don’t agree with all of the things they think, established trust pushes you forward,” she says. “That’s how you create a solid culture and a place for change to happen.”

As Amidon has progressed through her career, she has come to see more and more clearly that the key to success as a business owner (and more broadly, as a leader) is empowering your people, and not letting your ego or desire for control get in the way.

“I call it ‘environment setting,’” Amidon says. “My job is to create a space where people can be themselves, be creative, learn, and do amazing work –– and then get out of the way.”

Follow Brandy and her story on LinkedIn, or find Brains On Fire on the web at BrainsOnFire.com

« What are Push Notifications, and How Do You Use Them?
6 Best Usability Testing Methods for Mobile Apps »

Lelia King on Solving the South Carolina Tech
prev next