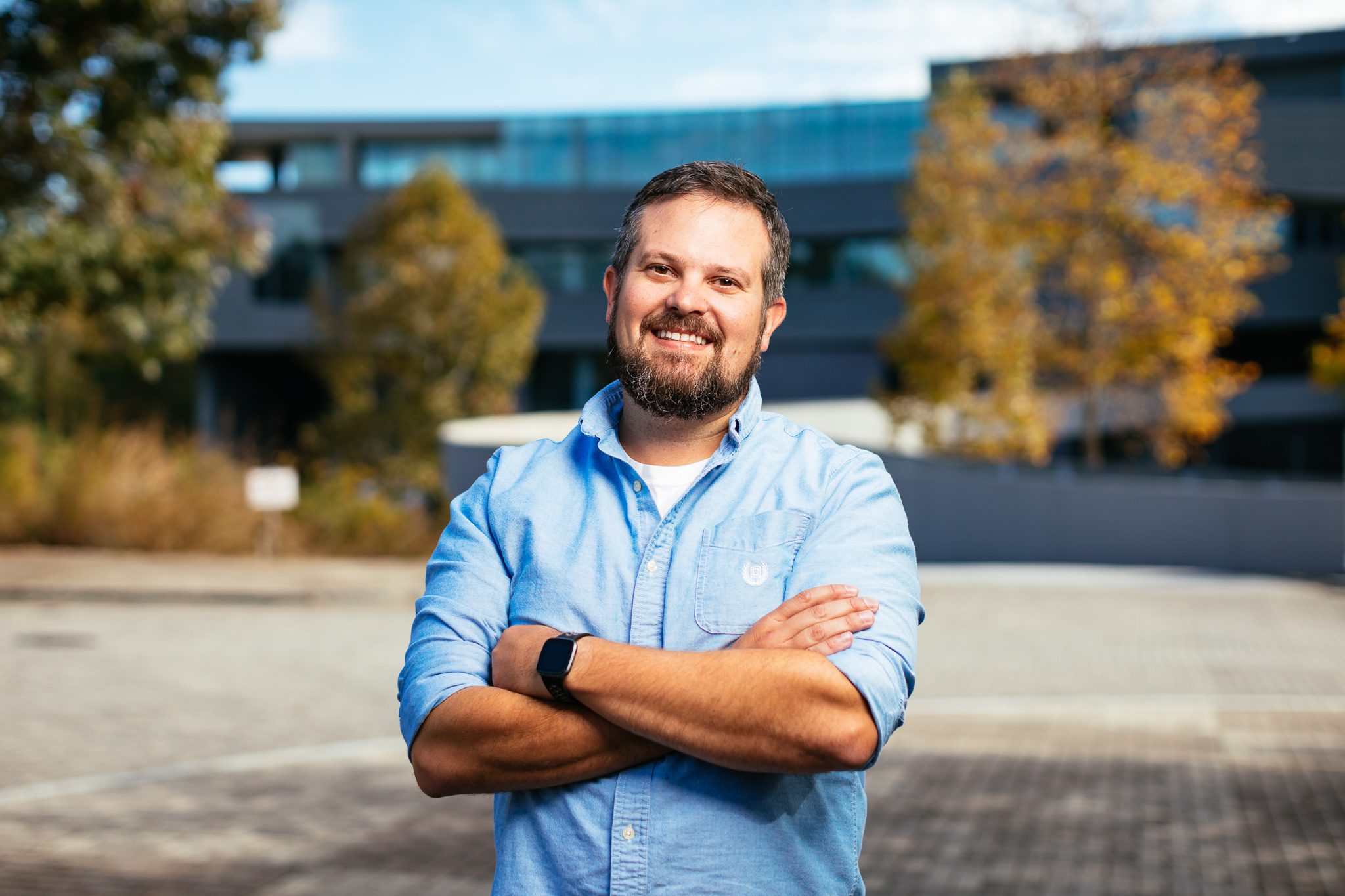 Zach Eikenberry wasn’t an educator when he and a group of Greenville, SC-based CEOs founded NEXT High School, a public charter school dedicated to preparing young people for life through project-based learning and real-world experience. “I was just a punk kid with radical ideas who wouldn’t shut up,” he says.

Now, nearly a decade later, it’s clear that not shutting up was the right move. NEXT High School has given hundreds of students (40% of whom are at or below the poverty line) the resources, skills, and confidence they need to succeed in life – beyond school. Although Eikenberry stepped away from the school in 2018, it is currently home to nearly 400 students spread across two campuses.

“We would always tell students, ‘You’ll never be unemployed if you can hire yourself,’” Eikenberry reflects. This philosophy has informed many of the school’s curriculum decisions. For instance, students are encouraged to start real businesses, form LLCs, raise capital, pursue patents, and open 529 college savings accounts so that they can scholarship themselves. “Our students don’t play with Monopoly money,” he notes.

These concepts may seem radical, but they are only the tip of the iceberg. Instead of using textbooks, students use Google – a far more useful and applicable educational tool in today’s world. During Eikenberry’s tenure, there was no custodian staff, so students had to clean up after themselves. Students were even encouraged to customize their physical environment by building their own desks and working together to pick furniture and paint the walls.

According to Eikenberry, students are also responsible for starting their own sports programs. He recalls one particular group of students who decided to organize a fencing team. “They went out and raised a few thousand dollars,” Eikenberry says. “They bought their own equipment, hired a coach, and ended up being runner-up in the state tournament – in their first year.”

However, the students decided that second place didn’t cut it. They fired their coach and hired a new one. The next year – and the year after that – they won the state championship.

“Our job wasn’t to tell students they can’t, but it also wasn’t to tell them they could be whatever they wanted to be,” Eikenberry clarifies. He believes the problem with traditional early education dogma is that it claims every young person is – and should be – a leader. “This creates an odd disconnect between the reality of young people and what they think they ought to be,” he explains. “It’s very discouraging – kids always think they are failing at something.”

Eikenberry thought it was important to recognize that not all of NEXT’s students would be businessmen, entrepreneurs, and future leaders of tomorrow. “The challenge shouldn’t be sculpting students to fit that mold,” he says. “It should be teaching kids how to beat that person in the mirror every day.”

Since retiring from NEXT High School in 2018, Eikenberry has moved on to tackling another equally complex educational and psychological challenge: training people not to be manipulated by technology. His company, Hook Security, is trying to flip the traditional cybersecurity paradigm in which people are the biggest vulnerability to digital systems.

“I often hear security professionals say things like, ‘I built this impenetrable fortress but then Karen from accounting clicked the wrong thing, and it all collapsed,’” he says. “We’re trying to reframe that way of thinking. It feels like building a new school all over again, except now, we’re training adults.”

For Eikenberry, a big part of this reframing involves creating a new lexicon around security training – specifically, one that emphasizes that people aren’t computers that can be quickly “programmed” to detect and avoid cybersecurity threats.

He orchestrated a similar paradigm shift at NEXT High School by insisting that students be called “peers.” He wanted people to understand that their number one job in life wasn’t to study – it was to come alongside “professionals” (teachers) to learn, explore, and understand.

According to Eikenberry, it’s paradigm shifts like these that often lead to the most impactful changes. His biggest warning to other entrepreneurs is to pursue these crazy ideas and avoid scoping an idea back just for the sake of attracting investors.

“If you only focus on metrics like time to revenue, you’ll miss opportunities for true market-changing and world-improving solutions and ideas,” he says. “Broaden your horizons. Create some leverage points for local relationships to capital access, talents, and markets. Get your head up and look higher.”

« Designli Named a Top 1000 Services Company Worldwide in 2020 by Clutch
Native App vs. Web App vs. Hybrid App: Which Is Best? »

Passion and Focus: Nicole Johnson on Staying Ahead

Mark Essex on Perseverance and Problem Solving
prev next