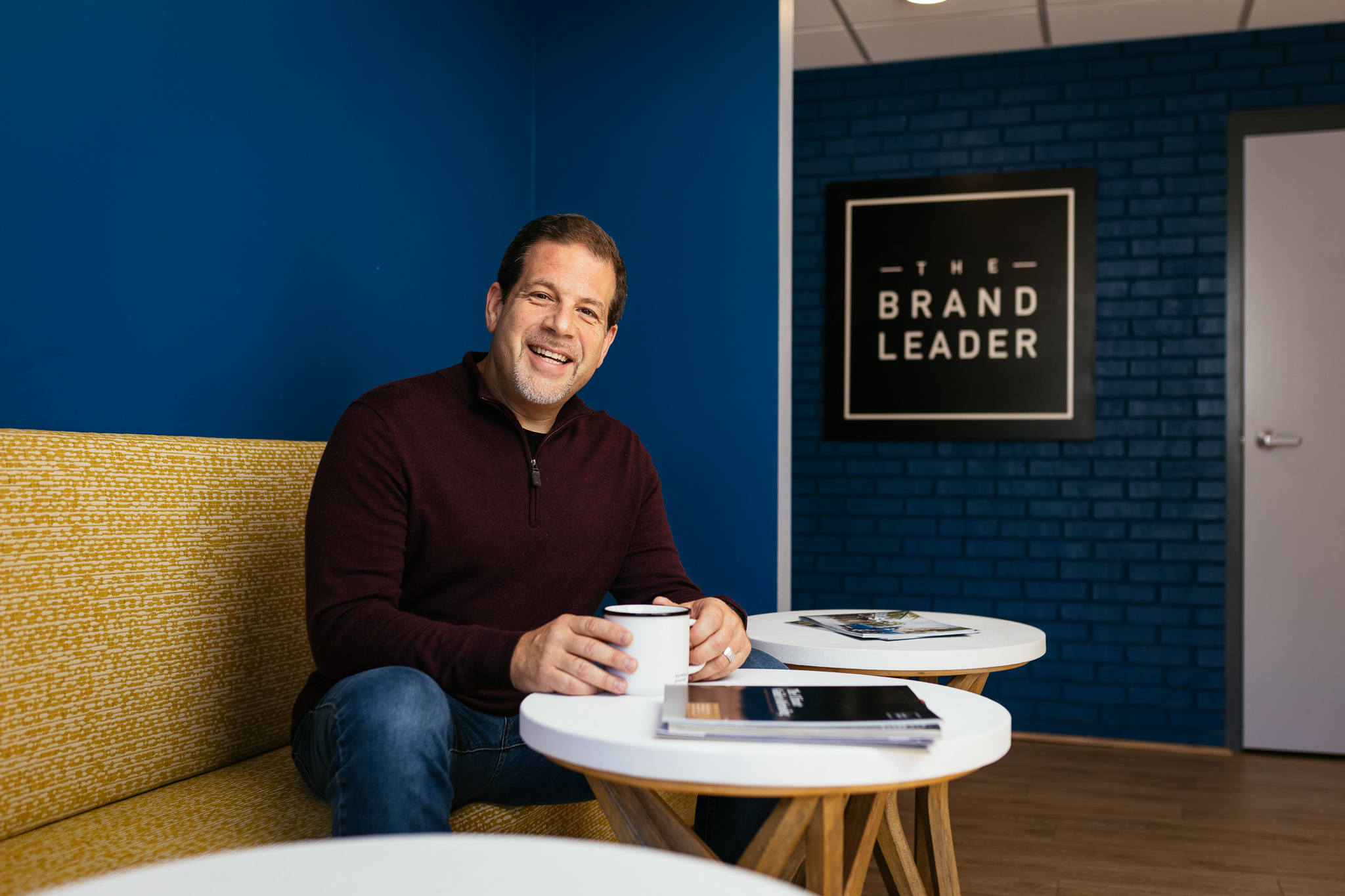 Discovering your niche can be difficult, but Geoff Wasserman has built and scaled a successful agency by doing exactly that. Walking away from a successful career in both sports and finance, Wasserman opted to pursue his passion over comfortable stability. Over two decades later, his journey is an inspiration in creating a business identity, and leaning into the idea of “leading through others, building people, doing what you love.”

Geoff Wasserman, Founder & CEO of The Brand Leader, has distinguished himself as a thought leader in his industry, but it took him some time to arrive at his calling. After discovering a passion and knack for marketing during college, Wasserman instead pursued a successful 12-year career in both sports and, later, finance. However, he couldn’t quite shake his side-hustle in marketing, working nights and weekends for a few select clients.

Eventually, there came a point when spending his days doing something he was simply good at was no longer an option— he wanted his work to be truly meaningful. “Although it was initially a huge financial cut personally, making the jump to going full-time in branding and marketing was an easy decision. In retrospect, maybe it should have been really hard,” Wasserman says as he laughs.

Upon leaving his finance job, Wasserman founded Showcase Marketing in 1999. The agency was successful, but it operated as what Wasserman calls a “mass-generalist,” as about 90% of marketing agencies do. “They do all types of marketing for any industry, and a lot of local and regional work; they’re all things to all people,” he says. According to Wasserman, a marketing mass-generalist is comparable to a doctor who says they specialize in all types of medicine—from general medicine to heart surgery to extensive nerve damage. “You can’t do all things well,” he explains.

After  over eighteen years operating this way, Wasserman wanted to break free of the jack-of-all-trades marketing cycle, so he made the hard decision to pare down his business to match his passions. Wasserman began working with consultants and advisors, and during the process, he recognized a pattern that intrigued him. “Of the top 8-9% of agencies in the country, the ones who are doing meaningful work they love, working at the rate that they are worth, with the people they want to work with—they are all either horizontally or vertically well-positioned,” Wasserman says.

He was inspired by companies that found their horizontal niche by only offering one type of service, such as PR, branding, or digital marketing. But he was also intrigued by the companies operating vertically— offering a wide range of services within a select market. Wasserman decided his business would live in the cross-section of the two, which meant saying “no” to a lot of business opportunities that were outside this new scope of branding-only work for a few specific industries. Though self-admittingly hard to shop for and never really sure exactly what he wants for Christmas, his decisiveness in business has paid off exponentially. Wasserman’s leadership journey affirms his belief that “risk is the currency of great brands.”

Wasserman and his team began to lean into this more narrow focus and decided it was time for Showcase Marketing to rebrand to better align with their new identity. “We had to first break out of who we were to find who we really wanted to be,” Wasserman says. As they rebuilt the brand including the process of renaming, he had decided on a tagline, ‘The Brand Leader,’ as the positioning for the new identity in which the company was living. However, nine months later, the company still remained nameless. “Then one day when I was talking to my wife about the struggle to find a new name, we realized that should be our name. It’s our identity,” Wasserman says. And The Brand Leader was born.

After his creative team (led by longtime Creative Director Chris Heuvel) solidified the brand, Wasserman began to make intentional moves to reach the dream clients they wanted to serve. Wasserman explains that the next few years felt intuitive because “when your value and identity are clear, choices in life are really easy.” Wasserman didn’t want to stay stuck in old cycles and practices with his rebranded company, so he leaned into his defined goals and dream clients. “Leaders are always navigating how to enjoy today but be living in tomorrow,” he explains. So even before the clients were knocking down the door, Wasserman began to invest in building out the internal infrastructure needed to achieve his dreams.

“A key to being a great leader and successful business owner is to not only know your strengths, but also own your limitations,” explains Wasserman. “I have enough self-awareness to know what I’m gifted at, what I’m good at, and what I’m bad at. I immediately decided not to do the things I’m bad at,” Wasserman explains. “The harder part was moving away from doing a lot of things I’m good at, and only focusing on the small list of areas I’m truly gifted at, where I excel.”

This meant investing in additional leadership, including 15-20 year senior leaders from both inside the industry and outside (from the brand side) as well. “Finding experienced leaders who embrace your vision is hard for founders; allowing them to then lead, and giving them both responsibility and accountability while advising alongside but not taking the reins back, that’s a lot harder,” he admitted. Wasserman and his leadership team strategically identified roles that needed to be filled and then searched for the best candidates with those specific skills. “We don’t just hire good people. We find the ones with the talent, culture fit, and necessary experience in the specific industries we’re serving,” Wasserman says.

Wasserman credits Kyle Duford, who joined The Brand Leader in 2019 as Agency Director, with helping turn the corner from a small to mid-size agency of almost thirty team members, both here in the US and abroad.  Working together, they carefully invested in culture-first people, curating a team of branding experts and identifying a niche of only national and global brands as clients across four specific verticals (financial, technology, health care and outdoor/active lifestyle brands).

Again in 2021, he invested heavily in The Brand Leader’s infrastructure, doubling the size of the team, and adding significant software and other resources to ensure capacity and experience to compete at the new level where the agency has now found its place. They’ve just announced their first European-based hire and clients, and were awarded Best Places to Work by both Outside Magazine and the State of SC Chamber of Commerce. So, what’s next? Wasserman says that whatever it is, he will never stop investing in people and pursuing a meaningful path of impact both in his personal or professional life, noting that “the journey isn’t linear; it’s a constant discovery, taking risks, and aligning decisions with both core values and purpose.”

Follow Geoff and his story on LinkedIn, or find The Brand Leader on the web at thebrandleader.com

Frank Greer on Following Advice for Growth
prev next