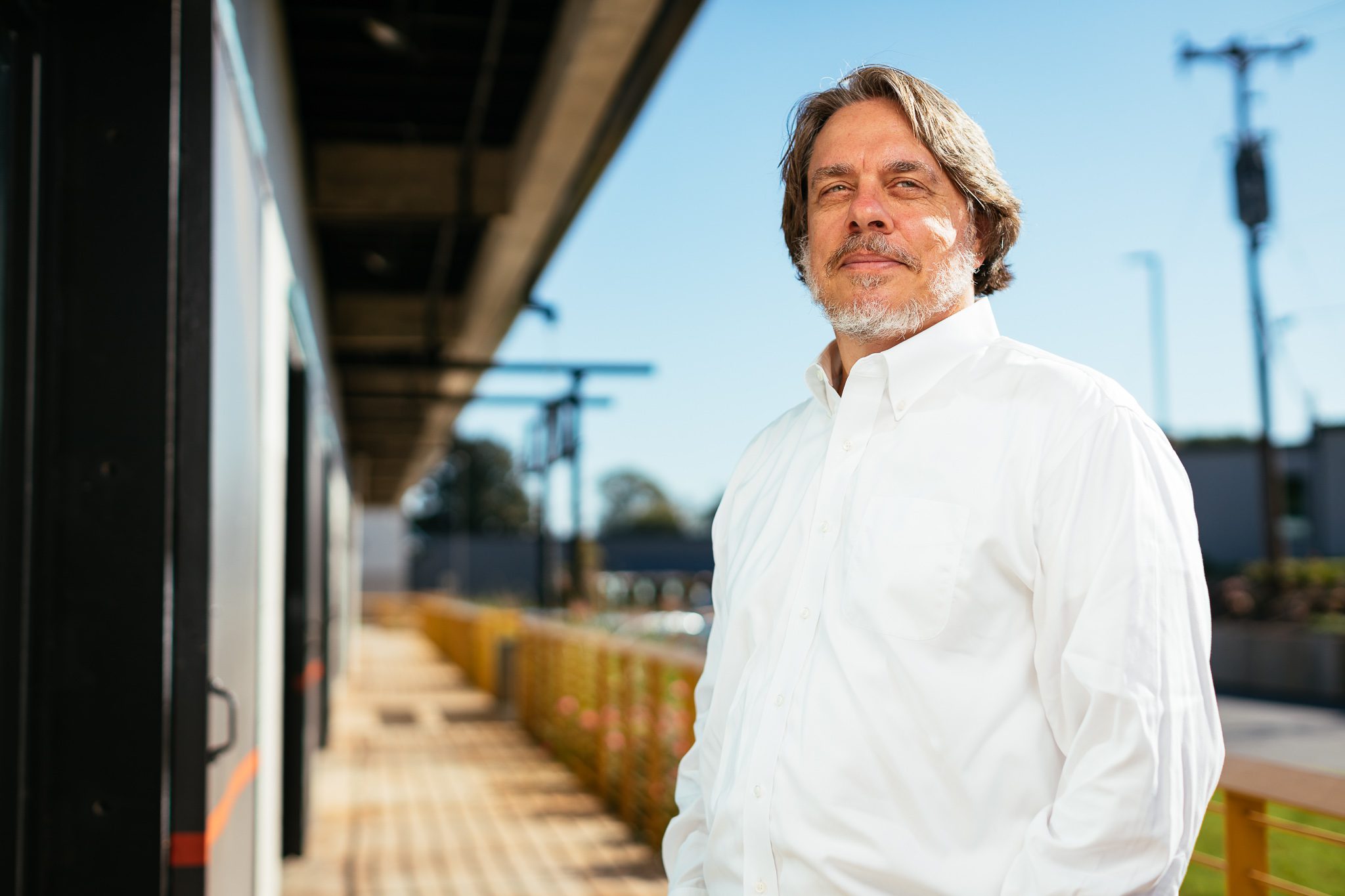 Most people know John Moore as a Founder and former CEO of NEXT Upstate, a nationally-recognized entrepreneur development organization that has supported over 200 high-impact ventures across the Southeast. But for those that really know Moore, he is something much bigger than that – he is an “Ecosystem Builder.”

This post is part of Designli’s “Entrepreneurial Insights” series – where we profile South Carolina’s most successful entrepreneurs, discuss topics that are critical to business-building, and pass those insights to today’s founders and business leaders.

“I have always been driven by community first, organization second, and myself third,” Moore says. It’s that kind of thinking that led him to quit his job at Coca-Cola global headquarters back in 1999 to start a chain of smoothie bars in his hometown, Greenville, SC. A few years later, Moore decided to take a job at the local Chamber of Commerce. He wanted to help advance and diversify his hometown’s economy, and he saw entrepreneurial networks as the vehicle to do so.

“We never started with the goal of ‘let’s launch a thing called NEXT,’” Moore states. “We started with the question how do we create high-quality jobs and a rich economy?” According to Moore, Greenville already had two of the key ingredients: talent (from universities like Clemson and Furman) and a culture of innovation (led by big companies like Michelin). Over the next 18 years, Moore, Brenda Laakso (current VP of NEXT), and the rest of the NEXT team set out to deliver what they believed to be the missing ingredient: a local ecosystem where entrepreneurial ventures could thrive.

“Our vision was to foster a self-supported, self-energizing community of entrepreneurs and all of the other players who would help entrepreneurs succeed here,” Moore says. He and his team started by organizing Chamber-sponsored entrepreneurship programs and then helped launch, support, or fund other interrelated initiatives such as the Upstate Carolina Angel Network, MIT Venture Mentoring Service, Venture Pitch Conference, NEXT High School, and The Iron Yard, to name a few.

The impact of NEXT has been tremendous – for the city, the state, and beyond. Not to mention, there is no other Chamber of Commerce in the country doing anything like it. Moore says that much of the organization’s success can be attributed to the fact that his team never lost sight of their long term goal: impacting the local economy. “It’s hard to not let short term needs affect long term goals,” he says. “But if you can focus on the long term while also figuring out how to deliver results short term to ‘feed the machine’ – that’s the magic of it.”

Another one of the biggest challenges Moore faced in running NEXT was keeping all of its many parts and pieces balanced at proportional levels. He compares the responsibility to tending a terrarium, where innovation, capital, talent, and “interconnectivity” must be present in just the right doses, or else the ecosystem will collapse.

According to Moore, it is that last ingredient – “interconnectivity” – that is the most important of all. He and his team have invested a great deal of time and energy into creating opportunities for entrepreneurs to connect and meet each other. “The value of an ecosystem like this is in the ‘software’ – the things that aren’t tangible,” Moore says. “It’s not about having a cool building with shared amenities. It’s about helping companies connect and find the resources they need.”

This is why one of Moore’s first initiatives in starting NEXT was creating a monthly lunch series where entrepreneurs could come together. Each lunch centered around a particular topic of discussion, with one of the entrepreneurs in the program leading the discussion. But according to Moore, that’s not what the lunch was about. The free lunch and discussion were simply used to lure the entrepreneurs in.

“We measured the success of those lunches by how many ‘sideboards’ we saw happening,” Moore explains. “That is, folks pulling each other off to the side of the room to talk about partnership opportunities, bounce ideas off each other, invite each other to grab coffee – things like that.” After all, as Moore likes to say, “innovation is a contact sport.”

Although Moore resigned from his role at NEXT last summer in order to take a well-deserved sabbatical with his wife, he is still busy at work helping others create and scale entrepreneurial ecosystems similar to the one he spearheaded in Greenville. He currently serves as a Venture Partner at Material Capital Partners and as a Principal at Momenteum Strategies, where he helps municipalities and economic development entities build their own innovation ecosystems.

Follow John on LinkedIn, or learn more about the ecosystem he helped build in Greenville at NextSC.org.

« What is a User Story and How do You Write One?
How Long Does it Take to Build an App? »

Craig Kinley on Stepping Away from Corporate America
prev next