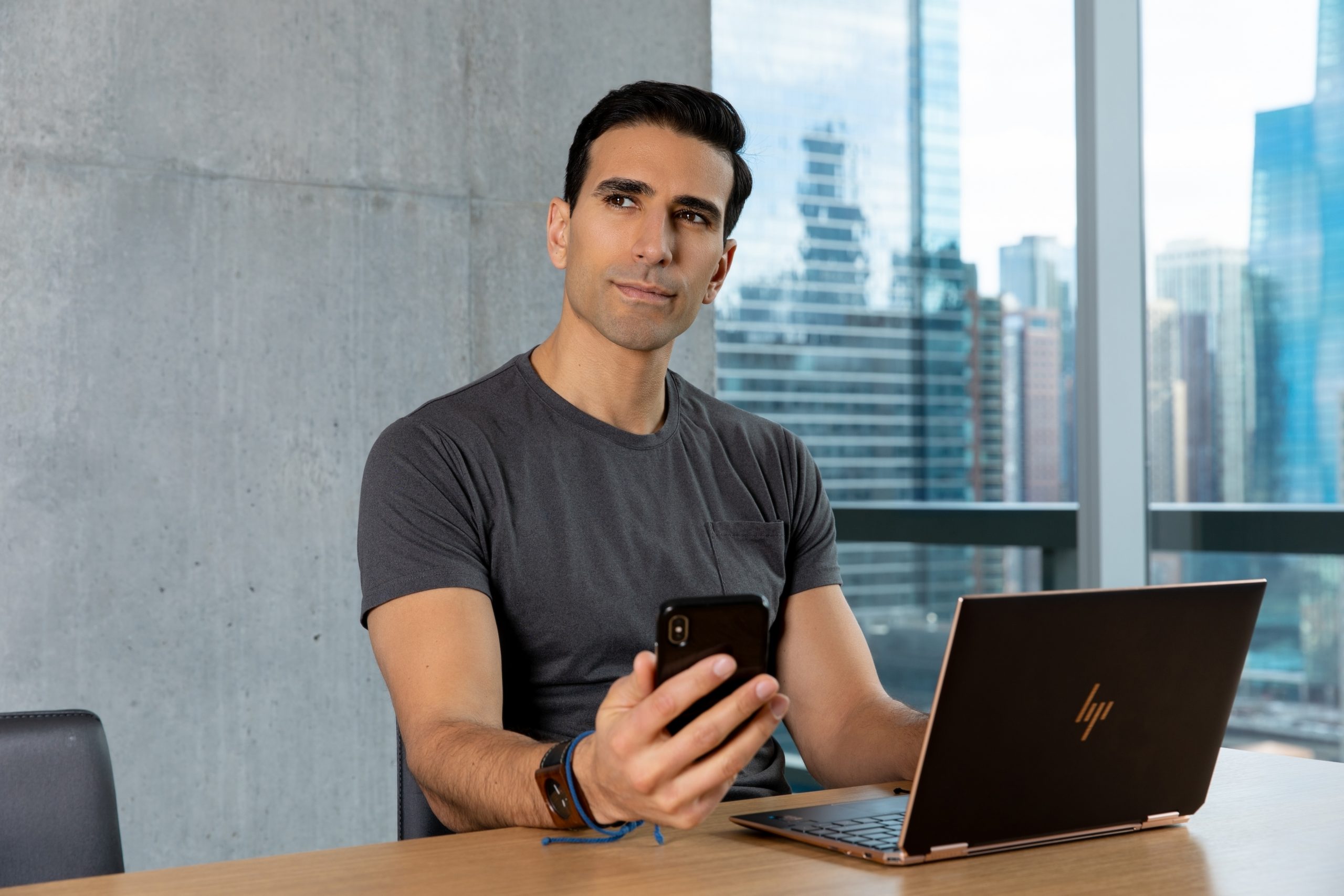 Juan Franco, Creator of Flight Mate, Shares About His Humble Beginnings as an Immigrant, Working Hard to Make Something of Himself, and Taking a Risk on A Big Idea.

The first thing I notice about Juan Franco when he comes on to our video call is the outline of his driver side car seat, with a Chicago high rise peering over his left shoulder. Having just ran an errand downtown, he smiles hello as he chuckles about his busy days forcing him to take calls from his cars in between his other tasks.

His convivial nature comes through immediately and it’s clear Franco is comfortable speaking not just with me as an interviewer, but with people in general. If confidence and can-do attitude can be conveyed nonverbally, Franco has found the right posture to shout it out loud. Without even the need for the normal icebreakers to loosen things up, we settle into a natural flow of conversation about the latest of one of his many ideas.

So tell us, how’d you get the idea for your app?

I work in sales, so I’ve traveled a lot over the years. About 5 or 6 years ago, I was traveling all the time—I’d be on a plane every other week or sometimes every week. And during that time, I realized a problem with the current travel, specifically with seat selections.

When you travel all the time, you begin to notice how little things can make or break your flight, like if the person beside you likes the overhead light on, but you want to sleep.

That’s when I got the initial idea for Flight Mate—an app that gives visibility of who is on the flight and what their flight tendencies are, so you can check them out before booking a seat. For example, if someone was traveling with a lap child, you could avoid that seat. Or, if they were traveling with your favorite dog breed, you could definitely choose that one.

I searched to see if there was something out there like that but didn’t find anything, so I decided to make it.

Can you tell us a bit more about Flight Mate?

With current technology, when you get to the seat selection screen, it’s just a grid of available seats. There’s not much that differentiates the seats on the grid other than aisle, middle, or window seats. And nothing really adds more value to a particular seat over another, except maybe that the exit row seats have more legroom.

Flight Mate is essentially a social media platform that connects people and serves the purpose of giving travelers a better in-flight experience. It allows travelers to look at who they’re on the plane with to find ideal seat partners before booking the flight or choosing a specific seat. It also allows people to interact with other frequent flyers to create a travel network. For example, if two people have a layover in the same city, they can meet up during those few hours.

Eventually, I’d like it to have a security component as well. I think it’ll be an important capability for the app for users to be able to flag someone if they’re disrespectful or if they are causing any fear or harm to people on their flight.

That’s such a fantastic idea. Do you come from a tech background?

No, I don’t have a tech background, and I also don’t come from a community with a ton of big connections or money. Nothing has ever been handed to me—I’m an immigrant. When my family and I moved to this country from Colombia, I was seven years old, and we had nothing. I remember going to food drives and getting hand-me-down clothes from wealthy families.

But my parents taught me a good work ethic through how hard they worked over the years, working several jobs at a time and often bringing us kids along with them to clean houses and do other things.

So were you able to invest your own capital into this project, or did you fundraise?

I actually invested $72,000 of my own money and also raised $110,000 in a ‘friends and family’ round. I’ve been very fortunate in that I haven’t had to take out a single loan for this project. For someone like me, an immigrant who came to this country with nothing—I’m extremely proud of myself for what I’ve been able to accomplish so far.

Coming from an immigrant family, did your parents support you in taking this risk, or did they not really understand?

Yes, my parents actually invested in the app. They’re super excited and supportive.

Entrepreneurship runs in my family—my dad has started and owned many businesses over the years, most recently with a successful cleaning company. He’s always been a risk-taker and it seems like I’ve inherited that gene.

With tech, there can be a lot of risks, but there can also be a ton of reward if your idea is good. And I think the idea I have will serve a lot of people and help solve a common issue.

It sounds like things have gone well for you so far! That’s amazing. Have you faced any challenges?

Capital is almost always a challenge with startups, right? There have been a few times we had to push pause until we came up with the necessary money to keep it going. However, I’ve been fortunate enough to be able to find the funds to do so.

What do you say to people who tell you there’s too much competition to go after their big idea?

I always say, “Who cares if there’s another Mexican restaurant?”

What I mean by that is, when you tell your idea to people, about 90% of them will say, “What if there’s something else like it out there?” But I think if you have an idea, you should just do it.

I live in Chicago, and this city has probably 1000 Mexican restaurants—and they all sell. It all works. So who cares if there’s another Mexican restaurant? You can also be a competitor. It doesn’t matter if there’s already something like it out there. You have to add your own flavor to the recipe, and that’s what makes a difference.

What would you say have been your biggest drivers in taking the risk to launch Flight Mate?

My biggest motivations are financial freedom, being able to help people, and putting a Latino name on the map. All of the owners and investors of Flight Mate are Latino, and that’s super important to me.

I think to be successful you have to be motivated by a grand plan, and for me, that’s helping people. When I think about leaders like Zuckerberg, Bezos, and Musk… they’re billionaires, and I ask myself, “Why aren’t they doing more to help?” They could really solve some problems if they wanted to. And when you have the perspective I have, as an immigrant who came to this country with nothing, I plan to have that social responsibility if I become successful.

You can follow Juan here and stay up-to-date with the latest from Flight Mate here.

Ready to pursue your entrepreneurial dream? Contact our team to learn more about the app creation process.

« How Much Does it Cost to Make an App?
The Most Important Mobile App KPIs to Measure »

Vickie Martini, Founder of CitiFit, Shares Her Inspiration
prev next