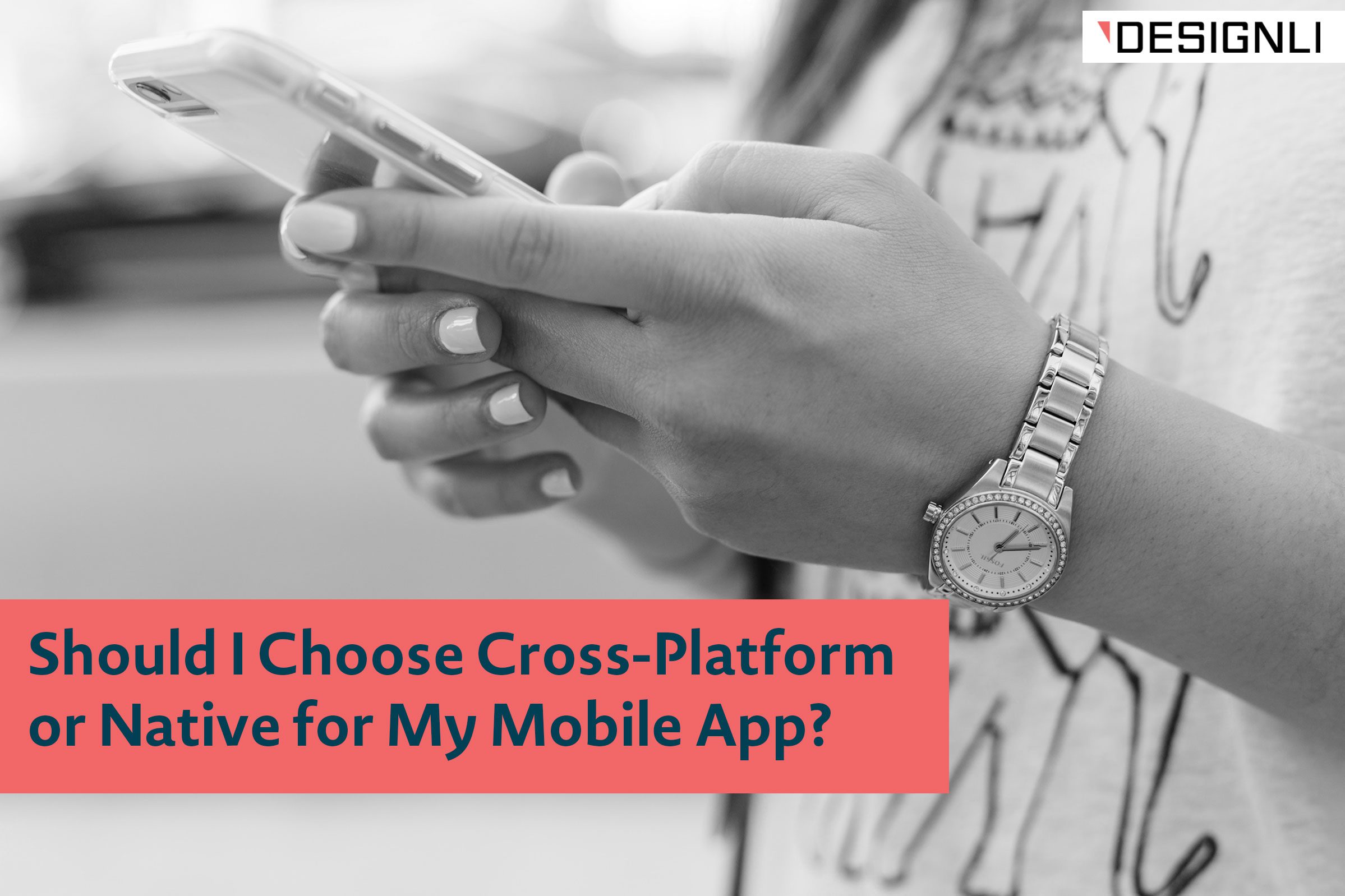 Should you create a cross-platform app or a native app (built specifically for either the iOS or Andriod platform)? Differing opinions abound. Some people are firmly in the camp of cross-platform app development while others believe native is the way to go. How can you decide if cross-platform or native is right for your app? We walk you through a decision-making process in this post.

Why Does The Cross-Platform/Native Decision Matter?

You have already made the decision to build a mobile app instead of a responsive website. Now you need to decide whether to build the app cross-platform or natively. The evaluation process for this decision is similar.

To know what’s best for your product, it’s important to know your business and the intended feature set for the app you want to build. For example, do you intend to market globally or are you planning for U.S. customers? Knowing this is important, as Android retains a dominant market share of 75% globally through early 2019, but the two platforms are about equal in the U.S. market.

And it’s not all about the customer market. There are some technical differences, each with a set of advantages and disadvantages. Here’s what you need to know about each.

Cross-platform development enables developers to write a single set of code that can be used across all platforms. Though there are efficiencies in this approach, there are technical challenges as well.

Ease of Development and Cost —  A single code base can be used on multiple platforms, which – in theory – reduces the cost of development. And since developers don’t need to learn multiple technologies to create the app, it can be a faster and easier process for in-house developers that don’t have extensive experience building apps. Note that, typically, web developers will suggest cross-platform development since they are then able to open up adding app development to their services offering.

Speed to Market — The ability to create a single set of code makes release faster for both the initial deployment and future updates. There are several options for cross-platform application tools that enable developers to create apps with ease.

Wider Reach — Developing an app for both iOS and Android makes the app available to a wider audience. Android has a dominant global market share, however, in the United States, iOS has increasingly gained ground.

Performance Challenges — Since the code isn’t built specifically for either OS, there are often communication challenges. Cross-platform apps often don’t perform optimally because they don’t fully integrate with either operating system.

Diminished User Experience — Apps created for multiple platforms can’t take advantage of all native features on every device. Usability is often not as good with cross-platform development.

Not Always Just One Code Base — While one code base is possible for simple applications, when custom elements need to be created within the app’s User Interface (for more complex products), this sometimes requires native code to render properly. In this case, you end up having unique codebases per platform anyway, but on top of the cross-platform code that was already created. This sometimes leads to more complicated code than if you were to have begun with native code in the first place.

Delayed Access to New Features — When new features are released natively, cross-platform developers have to wait for their cross-platform language of choice (like React) to develop compatibility for that new feature within their framework.

Native app development is specific to the platform it’s developed for. So, if you want to offer an app that’s available for both iOS and Android, each must be coded separately.

Optimal Performance — These apps are made specifically for each platform, so they can access all device functionality with fewer glitches.

Improved Usability — Native apps integrate with the operating system they’re built for. For this reason, navigation in the app is more familiar to users as it’s the same as with the device. This provides an improved user experience.

A Clean, Single Code Base Built Just For The Intended Operating System — Native apps don’t have the overly-complicated code base that sometimes results from cross-platform development, as described above; for this reason, they’re oftentimes more ‘lean’ as the only code that is found on the app is code that has an explicit purpose. These advantages lead to better usability and a more ‘polished’ feeling product, which often means native apps get higher user reviews on the app store of choice.

The Disadvantage of Native App Development

Development Cost and Timing — Since code can’t be used across platforms, offering both iOS and Android apps requires two separate development efforts. This will be more costly and can take more development time. (However, the Server API and Design files are reused when building the app for the second platform, so the cost isn’t ‘double.’) This ultimately means that you’ll need to find a team with developers specializing in both iPhone and Android platforms, like Designli.

Your decision whether to build a cross-platform or native app will depend on several factors unique to your target market and app functionality. But if your app requires use of native device features, or if you plan for your app to become a business in its own right, then we believe the choice is obvious — go native.

Want to learn how we help you hone your app idea through our SolutionLab workshop, and discuss the best platform to use to launch your product? Get in touch, and we’ll schedule your call.

How to Build the Perfect Pre-Launch Landing Page

How to Decide Which Marketing Channels to Use
prev next