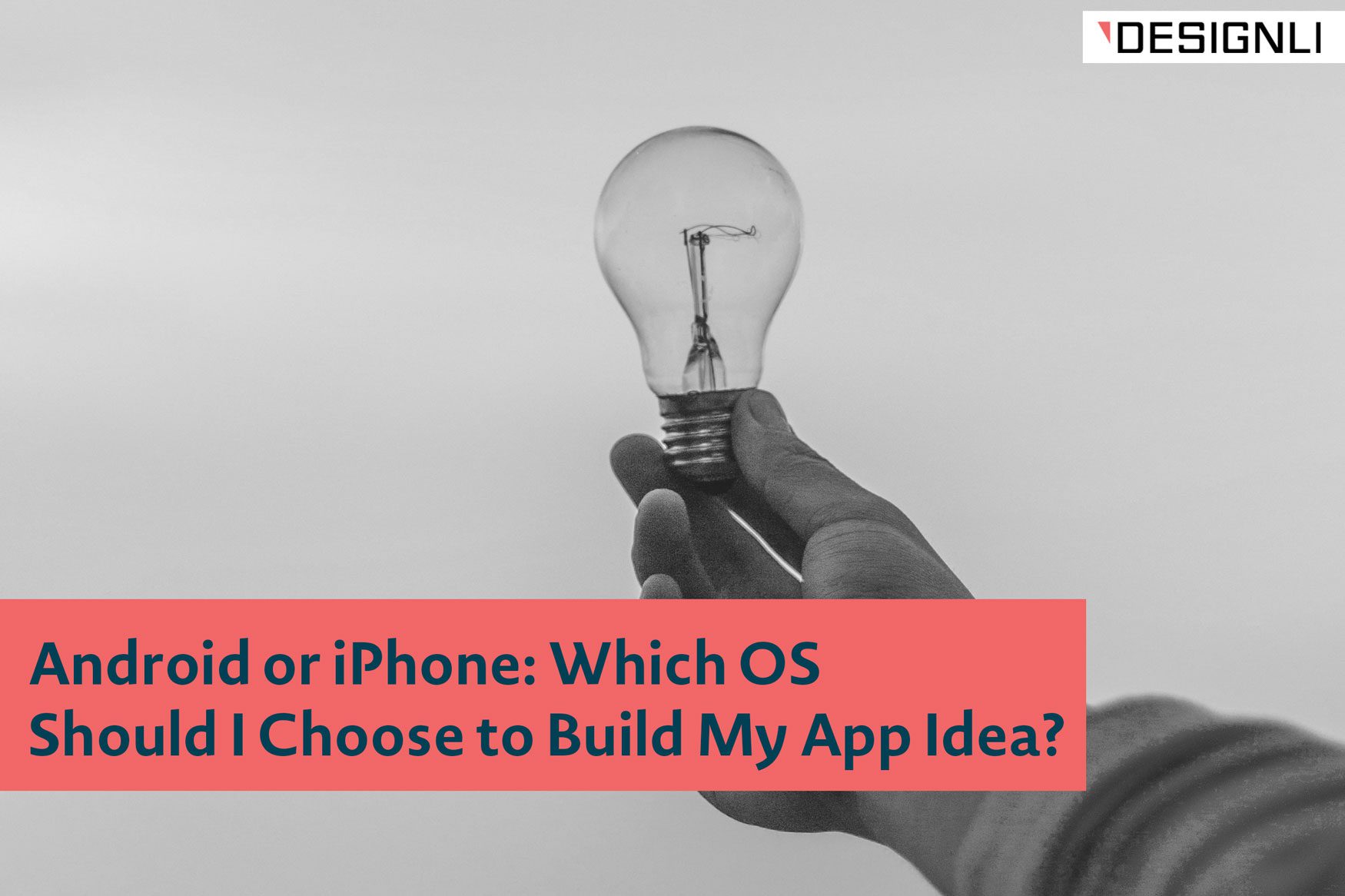 For startups, nailing down the best platform to target for the initial build is a big decision. Starting with only one platform for your MVP makes development easier and more cost effective. Plus, you can roll out and fine tune your product more easily when you’re only dealing with one environment. Like pretty much everything else in life, there are pros and cons to either choice. Making the most informed decision for your rollout requires weighing a range of platform-specific factors. Having an in-depth understanding of your target market, evaluating the costs and complexity of development for each OS, and choosing the types of features and devices you want to access all play a role in the decision-making process. In this guide, we’ll compare Android and iPhone’s iOS to help you answer that burning question: Android or iPhone: Which OS should I choose to build my app idea?

What to Consider With the Android OS

When it comes to critical mass, Android devices have an edge. Considering Android’s 53% market share in the U.S., more Android devices are sitting in the pockets and bags of a majority of the U.S.’s connected users.

How Easy is Development on the Platform?

When it comes to ease of development, Android’s open source environment comes with both blessings and curses. The “Wild West” nature of the platform provides a much greater level of innovation and flexibility to develop custom features. Crowd-sourced frameworks and plug-ins can provide ready-made functionalities for new developers. Think WordPress for app developers.

What are the Downsides of the Android OS?

The free-wheeling nature of Android does come with downsides. The lack of structure and dizzying array of options can introduce complexities that make developing for Android more challenging for many. In addition, looser regulation of the platform can also result in apps that are generally less stable and secure.

The sheer volume of Android devices can also be an issue for development. With over 5,000 devices made by a variety of manufacturers, there’s a lot of potential for variation in user experience. Android users are also far less likely to be running the most recent version on their smartphones. Only 36.8% are running Oreo or Nougat. That leaves developers to contend with how to provide a quality experience for the bulk of users still running outdated versions of Android.

What to Consider With the iPhone’s iOS

Weighing in at 44.9% of market share in the U.S., iOS has a smaller slice of the pie. But the slice it does have offers some unique advantages to app developers, particularly those targeting certain demographics.

According to a study done by comScore, the average yearly earnings for iOS users is around $85,000, 40% higher than those using Android-enabled devices. They’re also more likely to have an advanced degree and hold a managerial position or have a professional level job title. Interestingly, tall people tend to favor iOS-powered devices. A full 28% more individuals who described themselves as much taller than their peers showered a preference toward these types of smartphones. (So if you’re developing an app for NBA players, iOS will clearly be your platform of choice!)

What are the Downsides of iOS?

Developing apps in the iOS environment offers a much higher level of predictability and structure. But Apple’s fine-grained control on the platform’s architecture comes with pros and cons. The inability to modify or adjust the framework results in much less flexibility for innovation and creativity.

How Easy is Development on the Platform?

What developers lose in artistic license, however, they gain in simplicity. Particularly for new app developers, iOS is a generally a much less complex and expensive place to cut your teeth.

Apple is the sole manufacturer of all of the hardware running iOS. Creating an app that works well on the roughly 20 Apple smart devices is far less complicated than supporting the 5,000 or so devices currently running Android. Another advantage of developing in iOS is that Apple users are much more likely to be running the most recent version of the OS.

What are Other Differences?

Broadly speaking, iOS apps tend to be more lucrative for developers based on the difference in business models between the Android and iOS apps. Android apps tend to rely more heavily on ads for revenue rather than charging the user for the app. iOS apps, on the other hand, are more likely to charge users upfront in exchange for an ad-free experience.

When it comes to picking the best platform to start developing your new app, there’s not a one-size-fits-all. Android and iOS software both offer distinct advantages and disadvantages. But evaluating these considerations will make you much better positioned to make the best choice for your startup.

Want to learn more about our development process or talk about your project idea? Get in touch.