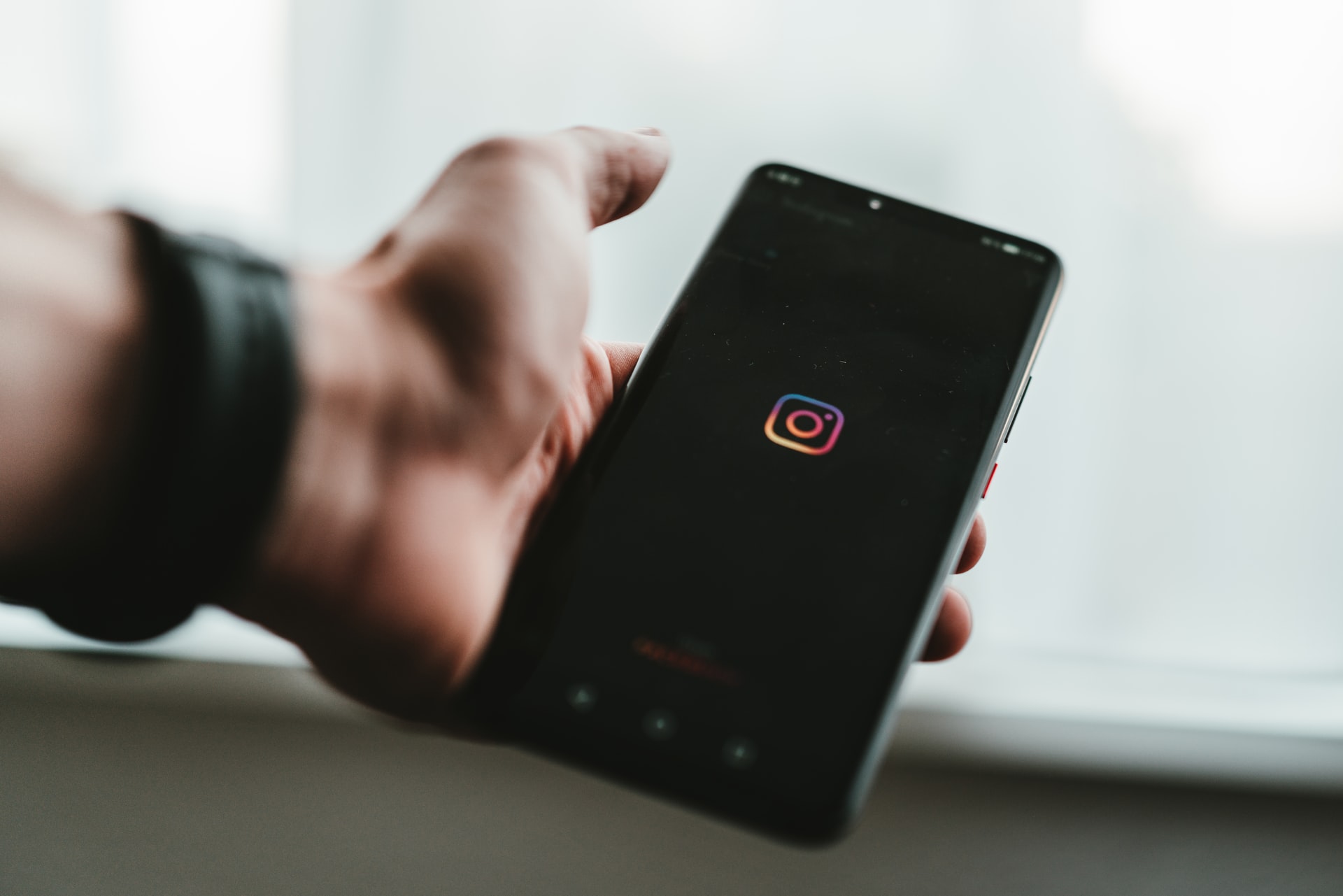 A hybrid app is a way to build an app in one language framework that functions across all platforms. As smartphones have overtaken computers, laptops, and tablets as the number one way people access digital information, solutions have sprung up to make the mobile experience development easier. Though relatively new on the scene, hybrid mobile apps have a unique code structure that allows for a distinctive cross-platform experience for the user.

What is a hybrid app?

A hybrid app is an app created to run on all platforms. It combines elements of both native apps and web-apps to produce this blended third option, which is written in a single codebase. Instead of rewriting apps within each operating system’s own language, developers can create one app that can be downloaded from all app stores. Simply, code is only written once and that single codebase will work on both Android and Apple OS mobile phones. Hybrid apps use coding languages combined with integrations and plugins to achieve this functionality.

This means if there is ever a change made to the app, instead of having to update the code once for the Android app and a second time in the Apple app, developers can just do it once and push that change to the apps on both operating systems. This saves development time, maintenance time, and money, while providing a more effective platform for the user.

Learn more: Lauching your App on iOS or Android – Which is Best?

To provide some context, let’s consider how they are different from native apps.

Consider a commonly used navigation app on most people’s phones: Waze. This is what is known as a “native app.” If two users pull up Waze side by side on Android and iOS phones, the app will look nearly identical on both phones. The way users enter a destination, track accident reports, and see upcoming directions is nearly identical.

However, these two apps were developed with different coding languages behind each app, with one coding language specific to Android (Kotlin/Java) and another for iOS ( Swift/Objective-C). Developers had to create two versions of the same app specific to the Android and iOS platforms, making Waze a native app. When Waze accesses GPS to give a user directions, it’s doing so directly with the phone’s hardware, with no layers between them.

A hybrid app is the opposite—where developers use one coding language to create two apps that run on these different platforms. An example of this is Uber. Uber is built with one codebase. So no matter what OS is on a user’s phone, they will download the same Uber app from their respective app store. The functionality and the design across platforms will be the same. If you were to open the app on phones using multiple operating systems and hold them side by side, you would not be able to see any UX or UI differences, unlike with native apps.

Because the hybrid app is relying on a cross-platform codebase instead of a phone’s native design, it also provides freedom for Uber to not simply rely on a phone’s native GPS, but instead integrate with services such as Google or Mapbox to provide directions.

A progressive web app is a third option, which deserves its own mention and delineation from native apps and hybrid apps. Progressive web apps (PWAs) are websites that function like apps, as well. Often, companies take a website and wrap some extra code around it, so the website can be downloaded in app form and installed on a device’s home screen.

The Starbucks app is a great example of a PWA. Going to their website to order a peppermint mocha will look very similar to how a thirsty user would place an order on the app. It creates a recognizable UX experience with a similar UI design. So even if a user always orders from Starbucks on the app, then orders for the first time on the web, they’ll have an intuitive understanding of how to add an extra shot to their latte.
Where PWAs can be downloaded outside of app stores, as well as on them. Because a progressive web app is just allowing the same UX experience to be presented on multiple devices, like desktop and mobile at the same time but in different formats, it means it can be saved as an app on both platforms as well. On both a mobile device and a computer, a PWA can be ‘saved’ and added to a home screen or desktop like an app, hybrid apps are only hosted on the app store.

Why Build a Hybrid App?

Depending on your goals, a hybrid mobile app could be the best solution for your development needs. Particularly if speed and cost are at the forefront of your mind. A major benefit to using one cross-platform framework to design the app is it can be released to the market quicker than building two native apps, which means it will be cheaper in development hours.

Additionally, hybrid apps have garnered a lot of support from tech giants that drive the industry. For example, Google created Flutter to serve as its main cross-platform language and Facebook invented React Native. Shortly after, many other apps began using these languages as well. As these major players start to put more and more emphasis on using only these languages to create a hybrid app, native app languages will become less used. The fact that the tech industry is driven by a few major companies means when they make a decision on a coding language, everyone else will follow, and the trend of late is to focus on hybrid app coding languages.

10 Best Examples of a Hybrid App

Many companies have either started as or transitioned into hybrid apps. Most users don’t realize that the apps they use the most are probably hybrid. Below are 5 examples of hybrid apps:

Instagram started as one of the first major online products that was purely built as a native app, only for mobile use. However, as it was brought into the Facebook ecosystem and the popularity of Instagram grew, so did the need for it to be accessible offline and scale quickly. Facebook re-wrote Instagram to function in React Native, the hybrid app codebase it invented.

The popular chat network for gamers has always been built as a hybrid app. The developers behind the brand prioritized the fast implementation of UI components and the speediness of over-the-air patches for quick fixes, which was provided by using a single codebase.

It was easier for BMW’s mobile team to develop the iOS version of their vehicle companion app. Eventually, the Android version’s features were far behind iOS and BMW needed to play catch-up to make their products similar. They switched to Flutter, Google’s cross-platform framework. By focusing all their efforts on one app, the development team was able to implement the same features to all users faster than retooling both apps separately.

When the brains behind the website NerdWallet wanted to shake off their “website-first” persona, they wanted a market-ready app and they wanted it fast. After hitting roadblocks with exploring native codebases, the developers opted for a cross-platform framework to reduce friction and time spent in development.

If you’ve ever traveled within Africa, there is a strong chance you’ve used Travelstart, which serves as the number 1 travel site across multiple counties. With such a large user base, the company migrated from multiple codebases into a hybrid app, reducing its codebase by 90%. This made the app faster and more efficient. Additionally, the cross-platform language allowed the app and the website versions to all stem from the same code, providing a fluid and seamless customer experience.

Microsoft software is ubiquitous, from personal use to businesses using the suite for operations. With remote work ever popular, Teams especially is used on everything from phones to the web and across platforms, be it Windows, Apple, or Android. To support all these clients, Microsoft choose to build the hybrid app in React Native, so logging into a work meeting could happen on any device and have the same functionality.

Tesla owners love being able to use the fun bells and whistles of the car, such as turning on the heat or a/c remotely and even flashing the lights of your car silently so you can find it in a parking lot. This is all done through their Tesla hybrid app, which allows users to connect to their car and send commands to their Tesla right from their phones. The single codebase allows the developers at Tesla to push patches over the air to the app quickly, as well.

As car enthusiasts have often looked to eBay for buying specialty used cars, the company needed to produce an app in 2018 that looked like the main eBay app, with a full feature set, and release it all in under one year. Flutter allowed the company’s developers to build the eBay Motors app within their time constrictions while still pushing it out to all users.

The financing platform allows users to make a purchase on any website and split the payments across multiple months. As it’s popularly used on third-party shopping websites and apps that use Klarna, the businesses needed to make sure any partner would be able to use their services. Building a cross-platform app allowed them to easily create SDKs which these websites and apps could pop into their own code, allowing their own customers to use the benefits offered by Klarna.

There is no “one right answer” for how to build an app. A good starting place though is considering a hybrid app. Especially if you’re building an MVP, a hybrid app is a great way to get faster feedback for your app and speed through the bug patches. If you value flexibility, maintaining a strict budget, and timeliness, then using this type of codebase provides a lot of opportunities. Of course, a hybrid app isn’t the right answer for everyone. But it’s definitely worth a look!

Curious to learn more about if a hybrid app is right for your app idea? Let’s talk about it!

6 Ways to Protect Your Idea for A

What Is a Progressive Web App (PWA)? Plus
prev next