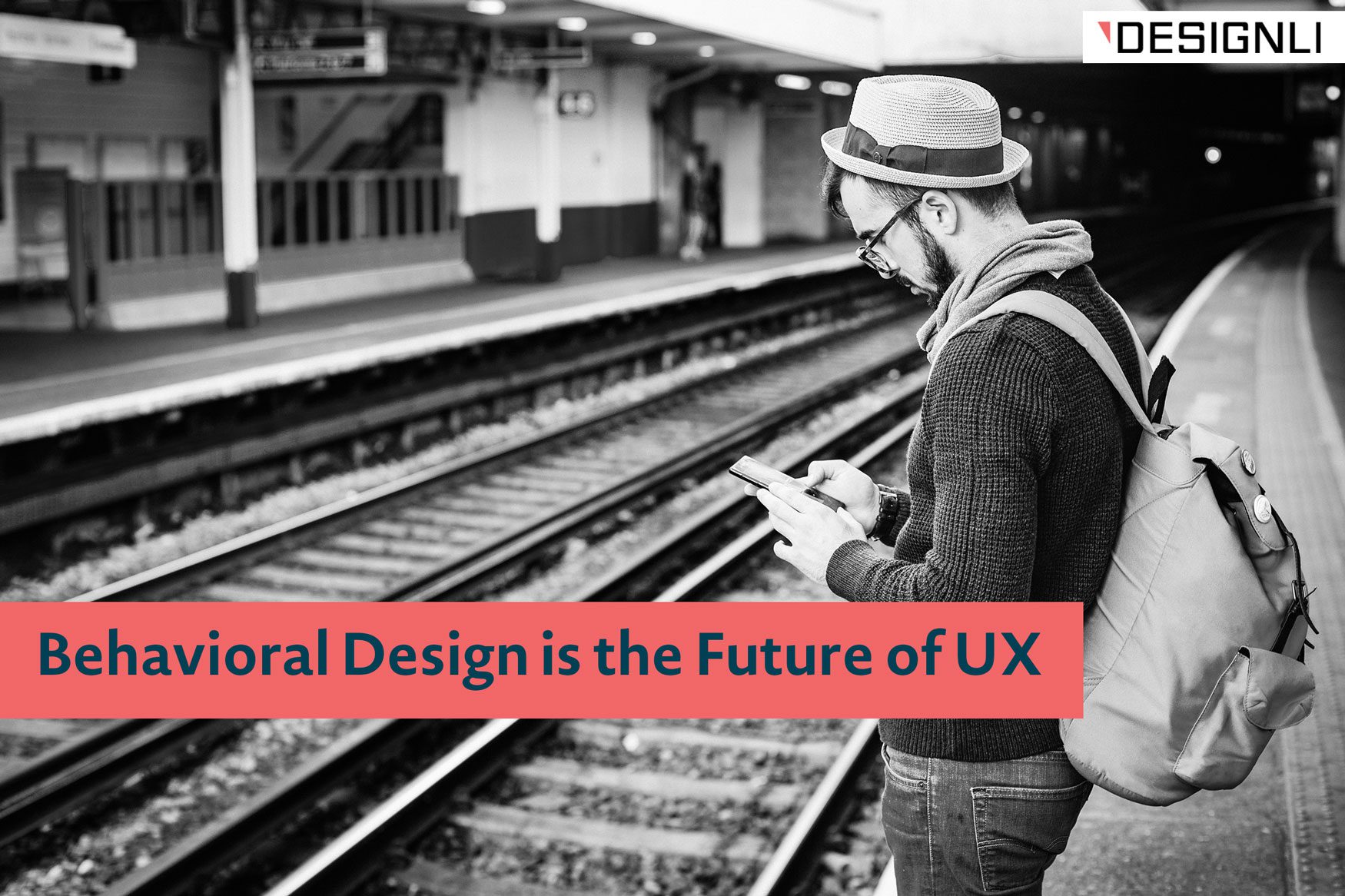 For an app or software product to be successful, users have to actually use it. How many times have you heard horror stories of companies building an expensive app or software, only to struggle to get people to adopt it? Maybe the user experience is counterintuitive. Or maybe what users reported they wanted isn’t what they really wanted after all.

Whatever the reason for rejection, the new app ends up languishing because it doesn’t resonate with users. Or the enterprise organization spends even more money on training and wastes significant time and energy cajoling rogue employees to get on board.

For all these reasons a basic UX plan is not enough, that is why we see behavioral design as the future of UX.

What is Behavioral Design?

Behavioral Designers combine Psychology, Design, Technology, and Creative Methods to find out why people do the things they do and to figure out through experimentation how to activate them to change their behavior. It’s a branch of scientific research that aims to answer what makes people do certain things, applied within a tech framework

Simply put in the UX (user experience) world, it’s considering what drives a user to make a certain decision. UX behavioral design tries to define what motivates a user and what rewards or validation are they seeking, before ever developing an MVP or prototype.

It’s a user-centered framework for developing software and apps. It tries to let the user’s emotions and needs guide the overall development process while presenting triggers to get the user to make a certain action. Essentially, it follows the formula that:

Providing the right trigger and gentle nudges to create a user’s ability and motivation to complete a task is where UX development and behavioral design intersect.

The difference between positive influence and manipulation is a very fragile line. In the end, we have to be aware that Behavioural Design is about using deliberate action and techniques to influence the behavior of the other in the direction you want.

Software should be a delight for target users to interact with. They should eagerly adopt it because it makes their lives easier and better. So how can designers and developers ensure that software is a joy to use and actually resonates?

There are two primary ways: user interviews and behavioral design best practices. Each has an important role to play, but many software development companies today focus too heavily on user interviews.

Yes, there’s important information you need to gather about your users that you can’t get any other way (such as details about where they’ll be using the software, what processes the software needs to fit within, and what other tools users need the software to integrate with). But human nature is such that we can’t always accurately predict our behavior. Especially when it comes to reflexive behaviors (which much of software usage involves), we act outside our conscious control.

Behavioral design steps in to fill the gaps. Behavioral design is based on understanding from behavioral science — insights about human behavior that are true of all users. Through behavioral design, developers can build a UX around proven explanations of why people do what they do so that the software is enjoyable for people to use. And they can take advantage of patterns of behavior to create software experiences that drive increased usage.

Behavioral design uses what we understand about the neurological loop: a cue triggers a routine (behavior) that delivers a reward. Behavior that’s rewarded is repeated. And thanks to behavioral science, we know that how you deliver the reward makes an impact on how strongly the behavior is reinforced.

It’s almost guaranteed that every major app (and even most of the minor ones) has an aspect of behavioral design built into it. Facebook wouldn’t have changed the social media landscape if it didn’t impact our behavior. Spotify wouldn’t tell everyone their “minutes listened” at the end of the year if users didn’t keep coming back. The list could go on and on, but we’ll break down a few just to help illustrate how behavioral design principles are integrated into UX design.

What are Behavioral Design Principles

There are numerous ones, but some pop up in-app design more than others. Some behavioral design principles are so pervasive that they’ve formed the foundation of all software and app development. These two main ones are simplicity and cueing. As a golden role of UX development:

Some UX developers add one more step to this to form the CAR model (cue – action- reward). The statement here is that cueing a user to take an action, providing a reward to encourage the continuation of the behavior. Maybe this looks like some confetti appearing on your screen when you tick a task off your to-do list app. Or perhaps you have some fun creature fly across your screen, like the task manager Asana developed.

Some other main behavioral design principles are:

Why Behavioral Design is the Future of UX

The more software developers base their design on proven principles of science, the more likely they are to build products that people use. Again, user interviews are essential, but they’re not enough. People are notoriously poor at self-reporting what they want. By neglecting behavioral design, developers are working with one hand tied behind their back.

UX is ever-changing and lately it’s leaning heavily into user-centered design processes. Instead of making users conform to an app, developers are designing software to play into well-established user motivations and drivers. Behavioral design interplays with the newest trending advancements in software, such as AI, voice control, and VR. These new game-changers are built with the user’s motivations in mind. The future of UX is closely linked to behavioral design and having these principles to guide development will help software stay competitive in a fast-paced field.

Want to learn more about how we use behavioral design to build apps and software? Get in touch.

Use the Hook Model to Design an App

What to Look For in App Developers for
prev next